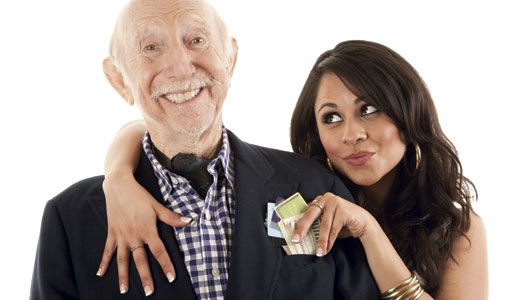 It is often said that romance, as we know it, is dead.

As is often the case — and especially in matters of love, sex and everything in between — what we know as a society is quite a relative thing. Our collective fall from the chaste graces of Arthurian courtly love is, in actuality, a steady revolution of romantic standards, from one generation to the next. In the 20th century, this process was accelerated, like most aspects of life that it touches, by technology.

When the birth control pill was first introduced, the Beatles sang “I want to hold your hand.” When the Internet first emerged as a place for pixelated pornographic .gifs, Trent Reznor crooned “I want to fuck you like an animal.” When NASA first began deploying rovers to the surface of Mars, comedian Dave Chappelle channeled R. Kelly with the immortal and touching sobriquet “I want to pee on you; poop on you.”

So what, in this current era of streaming Internet pornography and online hookup websites like OK Cupid, is the next step in America’s perpetual psychosexual ruin?

And fill the void it has: Of its roughly 2 million members, 44 percent consist of male and female college students. From 2011 to 2012, the company has expanded its college demographics by 55 percent. And according to its annual list of “Fastest Growing Sugar Baby Schools,” the University of Kentucky ranks No. 46, having witnessed the blossoming of female sugar babies using the site to pay their tuition by approximately 500 percent from 2011 to 2012, representing a total of 60 female co-eds.

A spokesman for the University of Kentucky says, “No UK officials have any knowledge about such an enterprise,” and beyond that declined to provide LEO Weekly with further comment.

Founded in 2006 by MIT graduate Brandon Wade, Seeking Arrangement has gained wide notoriety in the last few years, in part due to features published in the likes of The New York Times and Playboy magazine.

If you squint hard enough, the website can be seen as a free market solution to the entwined crises of perpetually rising tuition costs and historic student loan debt, which some economists herald as the next great economic bubble, with an average of $24,000 in debt per borrower as of 2012. Through this milky lens, the website can be seen as offering a needed service to debt-addled Americans in a post-recession world. A “sugar baby” can rake in an average of $3,000.

That’s according to Leroy Velasquez, a spokesman for Seeking Arrangement.

“I can attribute the fact that our college demographic has grown exponentially to a lot of current events,” Velasquez says in a phone interview. “While I can’t specifically pinpoint the reason behind this, I can attribute it to our obviously recessive economy … Objectively speaking, if you work eight hours a day, five days a week, that takes away time from your education, your academic life.

“With Seeking Arrangement, you get the tuition paid for, you get the mentorship, you get networking from someone who’s already established themselves professionally, someone who is already successful and leads a very active business life, you get all that,” he adds. “And you could potentially fall in love.”

According to Velasquez, the company is at times unfairly portrayed as a service that offers a form of socially acceptable (and legal) prostitution, pimping its members out to the highest bidders in exchange for money.

“We draw the line at anything that says, ‘Hey, I just want to have sex for money,’” he says. “Because that is obviously illegal.”

But Velasquez contends that love can, and does, rise beyond the material terms that butter Seeking Arrangement’s muffin.

“I definitely believe that there is love on our website,” he says, adding that they receive dozens of wedding invitations each year from sugar daddies and sugar babies. “It really comes down to what you individually seek on this website.”