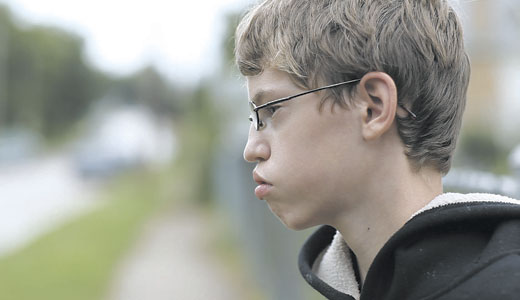 Finally on video, this is the doc that spawned such controversy over its MPAA rating — not because it was about real-life suicide, murder and relentless abuse of millions of kids, but because it had some naughty words! Master filmmaker Lee Hirsch lets the kids tell their individual tales of peer-to-peer abuse, capturing the torment and anguish they go through and the permanent damage it does to their lives and the lives of those around them. But beyond the personal stories, he examines how it touches everyone, even you, in ways you’ve never realized. Moving and profound; a masterpiece.

The best 007 movie ever? A lot of people think so. But whatever you believe, you can’t argue with the fact that this is the most personal, surprising and evocative Bond yet, with the relationship between M (Judi Dench) and 007 (Daniel Craig) driving the drama to new heights as baddie Javier Bardem plots the destruction of M and her entire agency. And while we won’t give anything away here, just know that it marks the end of the “old Bond” era, forever silencing those of us who hold that Sean Connery was the best: Craig’s Bond is far closer to the books, far more unpredictable, far more human, and far more deadly. A must-own.

Severin Films dug deep to create the ultimate bad-taste boxed set, with titles that include “The Sister of Ursula,” “The Sinful Dwarf” and “Hanna D.: The Girl From Vodel Park.” The best/worst of the bunch may be “Dwarf,” with the tagline “A young bride left alone to the lewd passions of an evil dwarf.” Kid-show favorite Torben Bille (think a squashed-down Jack Black) plays Olaf, the little person with an attic full of drugged-out teen sex slaves. His drug dealer is named “Santa Claus.” Completely unredeemable on any level save a fascinating historical exhibit of 1970s European misogyny.

A disturbing look at the modeling industry focusing on two women. The first is a professional “model scout” who trolls Siberia for fresh-faced young girls. The other is Nadya, a beautiful 13-year-old child whose family dreams of a better life for her in faraway places. Overnight she finds herself alone and afraid in Tokyo, where she and scores of other would-be models are starved, groomed and herded like cattle down the runway where only a scant few will ever find employment. And the rest? Buy the disc.

A terrific doc on the ultimate “Star Wars” fans, those who long ago, in a galaxy far, far away, gave up any hope of a normal life in exchange for complete surrender to the fantasy worlds of George Lucas. Are they sick and obsessed, or have they found a meaning beyond everyday life? You decide as actors, therapists and especially the fans themselves guide us through their realm of light-saber-based martial arts academies, full-sized Millennium Falcons, and metal-bikini-clad professional Princess Leia look-alikes. Entertaining as hell.

We loved this goofy, gory homage to “Night of the Living Dead” wherein a group of horror fans are invited to a NOTLD party at a remote farmhouse. Once inside, however, they find that they are pawns in a sick game — and all those zombie wannabes on the front lawn are ready and willing to eat their flesh! Watch for horro-vets Sid Haig, Jana Thompson and more.

Sean Bean returns once again (briefly) to guide daughter Adelaide Clemens, on the run from the unexplainable — if visually striking — video-game-inspired terror that has chased her since childhood. Upon turning 18, she discovers her true identity amid swirling 3-D terrors. Really deserves to be seen on the big screen, but makes a welcome start to any vid-game night.

THE MAN WITH THE IRON FISTS

RZA co-wrote, directed and stars in this screwy revisionist martial-arts fantasy under the friendly guidance of Quentin Tarantino, who invited Russell Crowe and Lucy Liu to join in the fun. He plays a humble blacksmith, banging out swords in a remote 19th century village, when an army of gold-crazed assassins arrives, searching for a fabled treasure. They enlist a corrupt member of the ruling clan in their scheme, leaving the blacksmith as the lone armed protector of the meek populace. Nicely over-the-top; a real treat.

THE PERKS OF BEING A WALLFLOWER

Everything you’ve heard about this big-budget indie coming-of-age tale are true. Logan Lerman plays an innocent 15-year-old longing to belong, to experience life and love and all the other things that come with being “grown up.” Emma “Hermione Grainger” Watson is winsome and lovely as ever as his first love (stand in line, dude), and the rest of the cast ain’t too shabby, either, with Dylan McDermott and Kate Walsh as Mom and Dad, Nina Dobrev as every man’s fantasy, a crazed Tom Savini (or is that redundant?), Paul Rudd, Joan Cusack, and a bunch of unknown teens who you’ll be seeing more of in the years to come. Fun, funny, heartfelt, sad, lonely, happy, joyous and amazing. Buy it.

In lesser hands this would easily have slipped into voyeurism and prurience; instead we get an uplifting tale based on real events in the life of 38-year-old writer Mark O’Brian (John Hawkes), cursed to live in an iron lung. One day he decides it’s time to get laid. After discussing this with his therapist and a priest (William H. Macy), he hires professional sex-surrogate Helen Hunt, proving that he’s got excellent taste. But it’s Hunt’s married suburban soccer-mom charm that makes this all work. She’s beautiful, knowing and completely comfortable in her own skin, guiding the man along his path. FYI: O’Bryan died in 1999 with his girlfriend at his side; the surrogate is still working today at age 68.

ALADDIN AND THE DEATH LAMP

This family-friendly comedy mines familiar territory — two very different people switch bodies — but the results are fresh and lively. Gorgeous Jamaican/Asian teen nerd Chyna Layne (“Precious”) and dimwitted jock Jake Waldman star as the mismatched high-schoolers in a pickle (one of which discovers a pickle). Simple fun exploring family and other relationships from a goofy point of view.

Aka “Little Ghost Grabbers,” this Canadian “Goonies”-like throwback pits a group of pre-teen/teen buds against “Vilhelm,” a rebel ghost, and his gang of netherworldly baddies. When one of the teens, science nerd Cynthia (Ciara O’Hanlon), figures out how to capture spirits, she and her posse gather together to rescue an old neighbor lady (Janis Gow) from Vilhelm, who needs her house for his nefarious plans.

A fun little indie comedy with lots of heart and an amazing cast. In the very near future, Frank Langella is an aging former cat burglar under the care of his kids (Frank Marsden and Liv Tyler), who buy him a talking “helper robot” voiced by Peter Sarsgaard. He hates the damn thing, until he teaches it to pick locks — so he decides to come back out of retirement! Langella is awesome, as always, far better than the script, and the whole thing has a sort of sweet melancholy about it. Definitely worth checking out.

THE ORIGINS OF OZ

By this point in your life, you probably think that you know everything there is to know about L. Frank Baum’s “Wizard of Oz” tales — but you’d be wrong! As this Smithsonian Channel offering points out, there’s a LOT more to Oz than Judy Garland and ruby slippers, and much of it comes from real events in the author’s childhood. An entertaining and lively look at the unknown man and miracles behind the Munchkins; makes a perfect warm-up to your annual video trip “Over The Rainbow.”