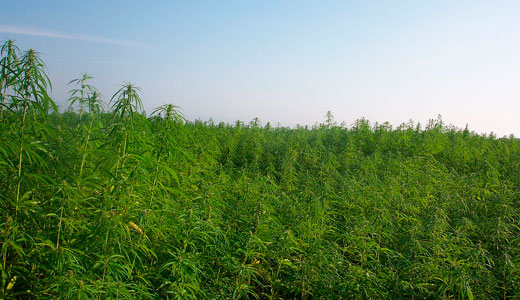 This year’s Kentucky General Assembly session began in full yesterday after a month-long hiatus, though there appears to be no hiatus to the partisan impasse between the chambers on three issues generally perceived to be the most pressing to the state.

Both Democrats and Republicans tend to agree that the constitutionally required redistricting for the state legislature, tax reform, and pension reform cannot be delayed any further, but there continues to be fleeting hope that the House and Senate can come to any agreement that can pass both chambers.

While the can appears ready to be kicked down the road once again on these measures — to either next year or in costly special sessions later this year — one legislative agenda that has been ignored by state government over the past decade has suddenly picked up remarkable momentum in recent weeks: legalizing and regulating the growth of industrial hemp, which could provide a much-needed boost to Kentucky’s rural economy.

In past General Assembly sessions, Democratic state Sen. Joey Pendleton’s bill to legalize industrial hemp was ignored by the Senate — run by an unsupportive Republican President David Williams — partly due to the fact that the federal government seemed unlikely to free Kentucky from the federal ban on growing hemp.

But with both Pendleton and Williams now gone from the Senate, Republicans in that chamber are jumping aboard the legalize-hemp movement in droves, led by the Republican Agriculture Commissioner James Comer and a growing list of new allies, such as the Kentucky Chamber of Commerce.

Passage of SB 50 — sponsored by state Sen. Paul Hornback, R-Shelbyville, who chairs the Agriculture Committee where the bill is assigned — is also getting a boost by a bipartisan coalition of Kentucky’s congressional delegation, with U.S. Rep. John Yarmuth, U.S. Rep. Thomas Massie and Sen. Rand Paul set to testify for the bill on Feb. 11. Yarmuth has vowed to directly lobby President Obama to grant Kentucky a waiver if the bill passes.

That coalition picked up its biggest name last week, as Sen. Mitch McConnell unexpectedly came out in favor of legalizing and regulating hemp for the first time in his career.

While this coalition of small-government conservatives (arguing for state’s rights) and Democrats (weighing the economic benefits of hemp as greater than the hypothetical costs to marijuana eradication efforts) may seem invincible, there still remain major obstacles for SB 50 going forward.

A host of law enforcement agencies — including Kentucky State Police, Kentucky Narcotics Officers’ Association, and Operation UNITE — have strongly condemned SB 50, saying it would gravely harm their federally funded marijuana eradication efforts. They claim the two plants are visually indistinguishable, allowing marijuana to be hidden in fields of industrial hemp, adding that there is little hard evidence hemp would be the economic boon advocates claim it would be.

For the time being, opponents appear to also have an ally in Democratic House Speaker Greg Stumbo, who says lawmakers should wait until the issue is researched further. Without the support of Stumbo, the bill is likely to be placed in an unfriendly committee where it will die on the vine. Some have speculated that Democratic leadership is wary of handing Comer a huge political victory, as he is rumored to be considering a run for governor in 2015.

But Comer, the Frankfort ringleader of SB 50, warns that such criticisms rely on arguments that are “shallow, misleading and downright wrong.”

In particular, Comer calls out law enforcement’s fear of marijuana being hidden in hemp fields, as hemp is easily discernible (grown in tall, stemless stalks, as opposed to shorter, bushier marijuana) and would cross-pollinate with marijuana plants, greatly diminishing their THC content.

“Everyone knows that industrial hemp is marijuana’s worst nightmare because it kills the toxicity in the marijuana plant,” Comer said in a statement. “So it is very troubling to me when I hear reports that marijuana growers and certain members of law enforcement are on the same side.”

M. Scott Smith, dean of the University of Kentucky’s College of Agriculture, tells LEO that while research into this area is limited, such plants would not even have to be in close proximity to cross-pollinate, as the wind could transport pollen from miles away.

On KET Monday, Kentucky State Police Commissioner Rodney Brewer also alleged that industrial hemp could get someone high if they smoked enough of it. The North American Industrial Hemp Council counters on their website that this would only be possible if one “power-smoke(d) 10-12 hemp cigarettes over an extremely short period of time,” which would be “the equivalent of taking 2-3 doses of a high-fiber laxative.”

While SB 50’s chances of passage in the House remain in doubt, state Sen. Damon Thayer, R-Georgetown, tells LEO he is optimistic it will finally make its way out of the Senate.

“SB 50 has the votes to pass the committee, and as members become more educated on the issue, there appears to be growing support in the Senate,” Thayer says.

Thayer admits he was one of those “educated” on the issue, as he stated on KET in 2011 that he was against legalizing hemp because it was a “gateway drug.”

On KET Monday, Comer said he would soon release a list of local law enforcement officials around the state who support SB 50, and he couched the argument in terms that Republicans such as him can relate to.

“This bill is an example of how if government would get out of the way, we can create private-sector jobs,” Comer said.