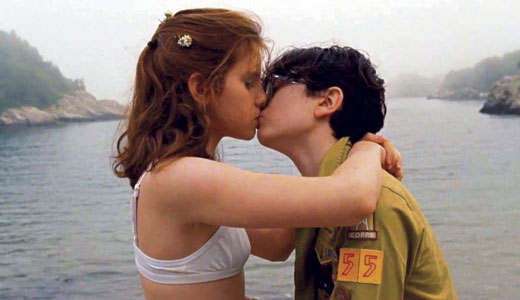 Do saccharine sweet Hallmark tidings and things dipped in chocolate leave an off taste in your mouth? Do the words “Valentine’s Prix Fixe” trigger a Pavlovian craving for instant Ramen? Do you just like to watch? If so, we’ve assembled a panel of movie aficionados to discuss the hottest rom-coms and love stories to snuggle up with this Feb. 14 (and beyond).

What’s your favorite love story or romantic comedy of all time?

William Mapother, actor: “Shop Around the Corner,” with Jimmy Stewart and Margaret Sullivan. They work together and detest one another, but fall in love as each other’s anonymous pen pal.

Todd Brashear, owner, Wild and Woolly Video: “Sunrise,” directed by F.W. Murnau. Truly romantic. It’s a 1927 Oscar winner about a vacationing city woman who lures a farmer away from his family.

Dave Conover and Bill Raker, founders, Video Tapeworm: “Casablanca”? “When Harry Met Sally”? Fahgettaboutit! The greatest love story ever filmed and a Valentine’s Day staple with our wives is 1978’s “Debbie Does Dallas.” It’s the tender tail, er, tale of a lovely, cash-strapped 20-something who has earned a try-out spot on the (unnamed) Dallas Cowboy Cheerleaders, but she lacks the funds to audition. Then Debbie’s savior exposes himself — it’s her boss, the redoubtable Mr. Greenfeld, who rises to the occasion and agrees to give her everything he can. And all he asks for in return is a gentle reminiscence of high school days, when his heart was broken by the head cheerleader.

What’s the most romantic scene ever filmed?

William Mapother: It’s a tie: the ends of “City Lights” and “Casablanca.” In the former, Chaplin reveals his true self to the woman he’s loved who has never seen him. In the latter, Bogart sacrifices his love for Bergman for the sake of her happiness and the free world. They’re very different but very romantic.

Video Tapeworm: When Mr. Greenfeld and Debbie are exploring their desires, knuckle-deep across the PX-930 weight-bench, tasting love’s sweet nectar to the strains of ’70s guitar riffs. Greenfeld, sporting shoulder pads and, um, sporting, sweeps Debbie off her feet to the ethereal landscape of a vinyl wrestling mat where, to angels’ cries, he stuffs one in love’s end zone, and Debbie scores.

And with that, what about funniest sex scene ever?

Todd Brashear: The “I made you a pie” scene from “Pootie Tang.” “I’m gonna sine yo pitty on the runny kine!”

William Mapother: “Sex Education,” from “Monty Python’s The Meaning of Life.” It’s exactly the way we all imagine a literal British sex-ed class would be run.

William Mapother: It’s a tie again: Cary Grant and Ingrid Bergman in “Notorious.” For two-and-a-half seconds they kiss, pull slightly apart, then kiss again. Repeat, please. Hitchcock devised this to get around the prohibition against kisses lasting more than three seconds. And Buster Keaton’s “The General.” Keaton’s beloved fuels the train’s fire with just twigs as they’re escaping the enemy. He strangles her for half a second, then kisses her. It’s a beautiful and hysterical summation of love.

What about best non-hook up?

Todd Brashear: “Harold and Maude.” Maybe there’s hope for everyone.

Todd Brashear: I guess you would call it a “post-breakup,” but the opening of “44 Inch Chest” with Ray Winstone definitely comes to mind. Even gangsters can have their hearts broken, and Nilsson’s “Without You” is a great soundtrack for it.

William Mapother: The end of “Superbad,” one of my all-time favorites. Jonah Hill and Michael Cera head off with their new squeezes, looking back over their shoulders at one another and the end of their adolescent friendship that dare not speak its name.

William Mapother is a Louisville native and actor best known for his role as Ethan Rom on “Lost.” He’s recently appeared in “American Horror Story” and the 2011 film “Another Earth.” He is a co-founder of Slated, a crowdfunding site for independent films, and can be followed on Twitter @WilliamMapother or at williammapother.com.

Todd Brashear is the owner and woolly-faced spokesman of Wild and Woolly Video. He was a member of the band Slint and can also be heard reviewing movies on WFPK.

Dave “The Amazing” Conover and “Wild” Bill Raker are two of the founders of the website Video Tapeworm, “The largest-smelling guide to video.” Video Tapeworm can be read in these pages regularly.