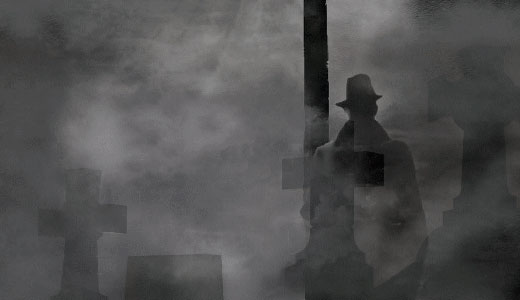 Mozart wrote the opera “Don Giovanni” in 1787 and set the story in 17th century Spain. But it won’t look anything like that when Kentucky Opera presents the opera Friday and Sunday at the Brown Theatre. Look for smooth guys in sharp suits and fast girls in high-fashion. But it’ll still be the old Don Juan tale of a man whom women find irresistible — and women who may not be trying too hard to resist. Add a little San Francisco fog, and you’ve got all the ingredients of 1950s film noir.

“I think Mozart is like Shakespeare,” says director Kristine McIntire. “It’s about the human condition, and therefore you can move it to other places and let it say things about modern people in different ways.”

And if that’s good people gone bad, and too much temptation, then all the better. One of the best aspects of opera is it can, and will, be moved all over the map. This week in New York, for example, the Metropolitan Opera is updating “Rigoletto,” the 1851 Verdi tragedy set in long-ago Italy, to modern-day Las Vegas, with lavish floor shows, gangsters and chrome. The Kentucky Opera will move “Don Giovanni,” of long-ago Seville, right into the black-and-white movie world of Fred McMurray and Barbara Stanwyck in “Double Identity,” or Robert Mitchum and Jane Greer trying to get “Out of the Past.”

Getting in the spirit of things, the Louisville Film Society is currently presenting a film noir series to go along with the opera’s production. (Check out louisvillefilm.org for details.)

“It’s interesting to move these modern characters of ‘Don Giovanni’ to the 1950s and let them be really modern,” McIntire says. “Let them be really strong. Let Donna Elvira be a femme fatale. Apply our understanding of psychology to what the characters are going through — especially with these great young American singers that we’ve got, who are all really hip.”

Mozart’s librettist Lorenzo da Ponte knew interesting characters when he saw them. In Vienna, da Ponte knew the real-life Casanova, who was said to have slept with hundreds of women — and loved them all. Casanova, they say, told beautiful women they were smart, and smart women they were beautiful. So it is probably no accident Don Giovanni has a few moves of his own.

Set in the 2000s, a “Don Giovanni” film could easily earn an X-rating. But ’50s film noir stopped way short of that. And so will Kentucky Opera. “Maybe an R,” laughs McIntire. “If you think about setting it in the 1950s, the mores were different than in 1790. In film noir, there always has to be that sexual undercurrent, that sexual tension that drives the heat. So it’ll be a very cool, sexy evening in the theater.”

“There are a lot of great young singers out there, but this cast particularly so,” McIntire says. “They’re all at the place in their careers where they’re really doing well and being noticed. But they’re all doing their roles for the first time. That’s very unusual in an opera cast — and I think it gives the production a really interesting energy.”

Before rehearsals began, McIntire assembled still shots and film clips from film noir classics and passed them back and forth with designer Holly Jenkins-Evans. Fashion images from the 1950s flowed into the mix, and the opera’s costume designs emerged. McIntire posted collages of the images on the rehearsal hall wall. “Every day we do a new scene, I ask them to walk up to the wall and look at the costume they are going to be wearing in that scene. I want them to look at the picture and say, ‘I get it. Let’s make a scene.’”

Not to be forgotten is Mozart’s music. The composer wrote the boisterous comic opera “Marriage of Figaro” in 1786, and debuted the darker “Don Giovanni” the next year, and that pair changed opera. Previously, opera was full of “recitatives,” words spoken by the characters that carried the details of the plot. Often the recitatives would be accompanied by a tinkly harpsichord so that the audience could clearly hear the words that explained what was going on with the story. Then the cast would plunge into arias to describe how they felt about things.

But Mozart was able to do away with much of the speechifying. His music deftly delivers the subtleties of the characters and foreshadows the action that is coming. Using ensembles, Mozart blends the conversations of the characters into duets and trios and quartets that deliver the dialogue. And when the doomed don is about to meet his fate, the audience knows for certain the end has come.