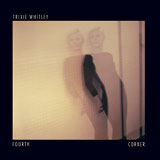 The daughter of blues-and-more guitarist Chris Whitley held her own as singer/keyboardist for the Daniel Lanois-led ensemble Black Dub. Now, her own full-length debut maintains a distinct and very personal focus that complements her powerful voice. The tracklist slinks around some folk-pop variations, but Whitley makes her name when she puts torch song traditions through modern paces (hooks often underplayed; belted choruses replaced with hypnotic repetition). The arrangements are atmospheric but often emphasize quirky layers rather than one big block of fuzz — Lanois’ influence has carried over. A few melodies trample the same ground, but there are clever diversions, as when the stark “Need Your Love” harkens to pioneering blues-rock group Free. As for the occasional oversinging … in the age of Beyoncé and Adele, Trixie Whitley’s always going to be a refreshing alternative.