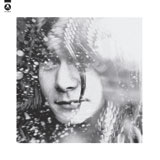 What we have here is a spotless portrayal of constant screwball vocals (not unlike a mixture of David Johansen and early Red Cross) that time-travel to the iridescent days of yore. Each track possesses a steady beat and has much more to offer than so-called bum rock ’n’ roll. In fact, if Dark Party demonstrates anything important about these Nashvillians, it’s that they have a precise clutch on the mixture of stylistic diversity (all the while keeping it simple) and fuzzy garage backwash; moreover, there’s use of a Wurlitzer that merrily haunts the entire album and multiplies its dizzying carousel effect tenfold. Overall, it’s an ideal soundtrack for the weekend rager and its woozy morning after. Some say the third time’s the charm, but as a debut full-length, Dark Party proves clearly exempt from the faulty idiom aforesaid.