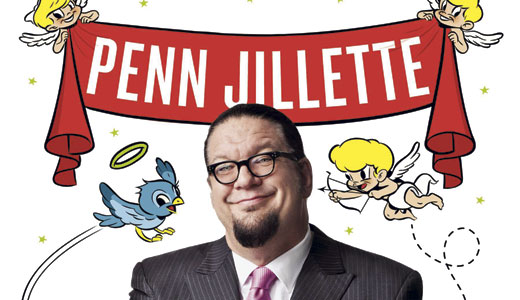 When you have a great title and a couple hundred pages to fill, one hopes it’s more substantive than what the (endlessly) vocal half of Penn & Teller has done with “Every Day Is an Atheist Holiday.”

What had the potential to be an entertaining treatise on modern atheism in a world filled with religious landmines, sadly, is more a diary of the rambling stream of consciousness of a comic, father, magician and reality television cast member. An incredible amount of space and word count is devoted to his conflicts with “Celebrity Apprentice” co-star Clay Aiken, a waste of paper (or e-ink) and grey matter I will never get back.

Jillette can be a good storyteller. From all those years on stage, from busking on the street to Vegas residencies, he’s got tales to tell, and he can frame them masterfully. The trouble is in finding the right editor to trim and focus the stories into something more cohesive and taut. This did not happen on this “Holiday.” The stage, he repeats several times in the book, allows for the same set to be perfected and new material to be tried and experimented with until some semblance of perfection occurs. Without this stage or an editor demanding revision, deletion and refocus on the assumed premise, “Holiday” is a rambling mess of disconnected essays of repeated points and anecdotes that would make you change barstools if you found yourself unlucky enough to be seated within earshot of him.

A disturbing trend among the famous and vocal atheists of our generation rears its head frequently in Jillette’s pages. The fervent and tightly held belief in a lack of a deity can too easily become its own religion. Jillette and Bill Maher hardly differentiate themselves from Terry Jones and his ilk in their crusade to enlighten the unwilling and ignorant masses. Their conflict and arguments are often as specious and flawed as the Bible-thumpers and extremists they lambaste so hilariously.

Jillette takes it a step further, attributing the god power to his children’s love and his parents’ dedication, worshiping the lives he helped create and the beings who created him with such blind devotion and elevation that his arguments against deities ring hollow. His faith in his belief system’s correctness and disdain for those who either disagree or believe differently runs parallel to those who believe in their ancient storybooks and cloud-dwellers, not in conflict. He’s got a lot more in common with them than he thinks and does a disservice to others who apply the nonbeliever title to their CV.

One can’t imagine a different path, however, if the average non-believer is benign in their disbelief. It’s bad television and dull reading to discuss dispassionate disbelief with one whose day-to-day life is undisturbed with thoughts of almighties, superheroes and parabolic characters, whether they were written of in Aramaic or in a Hollywood writers’ room. Leave this one on the shelf.