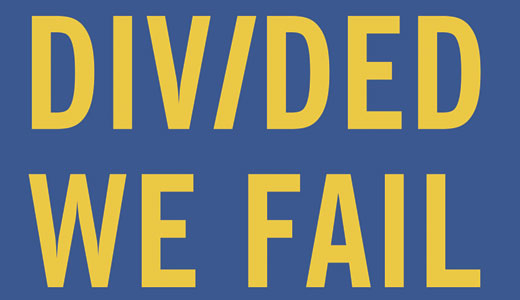 Louisville native, journalist and author Sarah Garland’s new book chronicles the lengthy legal battle waged by black parents and activists against Jefferson County Public Schools that culminated in a 2007 Supreme Court opinion ending voluntary desegregation in classrooms across the nation. LEO caught up with Garland in advance of her appearance at Carmichael’s Bookstore on Frankfort Avenue (7 p.m. Friday) to promote “Divided We Fail: The Story of an African American Community That Ended the Era of School Desegregation.”

LEO: You explain a little bit about your experience growing up in desegregated public schools as a motivation for writing this book. Can you tell us more about that experience?

Sarah Garland: I’m from Louisville. When I was in second grade, my name came up to be bussed downtown. I went to Coleridge-Taylor, and I think that like a lot of kids, I didn’t have a neighborhood school, but I really loved my elementary school. My parents ended up deciding they wanted me to stay at Coleridge-Taylor for four years … It really shaped how I thought about the world, I think, in ways I didn’t realize until later. Looking back, I was living in the suburbs down Brownsboro Road and going to school downtown. I think I really sort of became aware of economic and racial disparities.

Another thing that I think shaped the way kids who were a part of bussing thought about the world was the fact that we were entered into this different world from where we lived, but at the same time the way that the school was set up was that they had “advanced programs.” You were being bussed and in a very diverse setting, but at the same time, the kids in my advanced program classrooms were mostly white and were from the suburbs as well, so it was still a very homogenous setting. Those things really make you think. I went to public schools in Jefferson County from first grade to 12th grade, and throughout that time, I only had a couple of black kids in my classroom at any time throughout all 12 years.

LEO: As far as having that kind of experience and then writing about the school district in your hometown, how has a close proximity to the material affected your putting this book together?

SG: One of the ways it affected me was that I came in certainly with an idea of what I thought I was going to find. I mean, I had a good experience with desegregation. When I had heard about the Supreme Court case, I wrote a story about it in the newspaper I was working for at the time and was fairly dismayed. But when I went home, I think I actually learned a lot about it, from an adult perspective … My views and my perspective changed as I wrote the book and talked with the people who had been involved with the Central High School case. It became a very different book from what it started out as.

LEO: You write throughout the book about the preconceived notions that people have about desegregation, and how attitudes toward its legacy bucked stereotypes. What were some of those notions you encountered?

SG: I want to be very clear that I went into this having read a lot of the academic research about diversity and desegregation, and my views on that didn’t change. I think diversity is really important for kids. That’s been sort of proven over and over again, that economic diversity and racial diversity really benefit both minorities and also white students and higher-income students.

My belief was that desegregation was a good idea … but it wasn’t always implemented in a fair and just way. The idea behind the book is to look at how, despite the good intentions and the high-minded ideals … the way desegregation was carried out (allowed) some of the same inequities that had existed before (to continue) and had effects that weren’t anticipated.

LEO: And these consequences, you write, are a result of gains made and progress achieved; in the immediate aftermath of desegregation, the achievement gap between whites and blacks closed, only to widen again relative to today. Are these consequences unique to education policy, or to Louisville?

SG: No. Louisville is really a microcosm of what happened in a lot of places. It’s very unique in that it’s a school system that is still trying to do desegregation … very few school districts are trying to do this. But what happened in Louisville in the ’70s and ’80s and even in the ’90s, I think, is fairly typical, and you still have the same issues. Across the country you had black schools close and lots of black teachers and black principals lose their jobs. The separation between students within the same schools is a huge problem in other places today.

LEO: What about the school choice movement, particularly charter schools? Are they the answer to a post-desegregation era?

SG: I’m a journalist, I don’t intend to write policy, but when I was writing this book, I did so with a mind toward what current education reformers can learn from what happened during desegregation, and what are some of the lessons … I’m thinking of the frustration amongst some of the black parents and activists that I profile in the book. That frustration really helped to do (desegregation) in, and I think that’s worth noting for education reformers now.