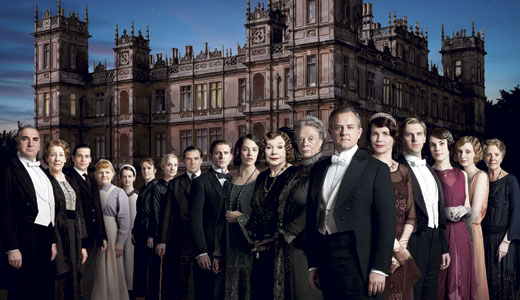 Cellist Anne Richardson appears in a live audience, in-studio recital concert Thursday at noon at WUOL Classical 90.5 FM. The show is free and open to the public, with seating beginning at 11:45 a.m. Richardson, a promising young Louisville talent who has been featured on the NPR program “From the Top,” will perform the “Elgar Cello Concerto,” with accompaniment by pianist Deborah Dierks. Richardson’s program also includes one of the Bach Suites and a piece by 20th century cellist Gregor Piatagorsky. The program is hosted by Daniel Gilliam. —Bill Doolittle

Just about a month after the Supreme Court’s decision to hear arguments regarding California’s Proposition 8 and the Defense of Marriage Act (DOMA), Pandora Productions is presenting a staged reading of “8,” a play about the case that led to Prop 8 and everything that followed. Written by Dustin Lance Black (“Milk”), “8” is about the Perry vs. Brown Federal District Court trial and the case filed by the American Foundation for Equal Rights to overturn Prop 8. Black based his script on the trial transcripts, first-hand observations, courtroom drama, and interviews with plaintiffs and their families. “Not only is ‘8’ topical, it is a reminder to our core constituents that the fight is not over for equality on all levels, least of all marriage equality,” says Pandora artistic director Michael J. Drury. —Sara Havens

Baby Horse Theatre Group is blaming it on the alcohol in the next installment of their genesis season of experimental, hands-on performance art. The cast of characters — or contestants, rather — will be subjected to physical and mental challenges while boozin’ it up onstage in this live drinking game show. Whether it’ll be more like “Fear Factor,” “Jeopardy!” or college is hard to say, but the show promises audience involvement and lots of laughs. To make things more interesting, you can even grab a drink or four of your own at the Bard’s Town bar downstairs (just please don’t try to drive your drunk ass home). The show is for ages 18 and up. —Jane Mattingly

Not since “The Comedians of Comedy Tour” nearly a decade ago has there been a movement within the industry with so much buzz as “The Organic Comedy Tour.” Spearheaded by Jarrod Harris (L.A. Weekly’s Top Comic to watch in 2012) and Ryan Singer (Rolling Stone’s “Comic Who Should Be Big”), the two friends are bringing their show (and subsequent tour film) to shoot at The Bard’s Town on Saturday. The documentary they are making as they crisscross the country will be an in-depth portrait of the rising movement of comedians who are coming up outside the conventional comedy club system. The show will also feature Louisville’s Dave Bizanes, Raanan Hershberg and Darren Rogers. —Brent Owen

Sometimes it’s all about showing up. Because the new self-titled album from Opposable Thumbs will be released Jan. 5, I can confidently declare it to be the best album I’ve heard all year. Don’t mistake that for faint praise or a mere silly joke — it’s a damn good album I expect to still be amongst my favorites a year from now. The now-quintet sounds as fresh as a baby’s first coo as they skillfully roll through a collection of melodically vital post-punk, reminiscent in the best ways of Devo, Pere Ubu and Wire. No wonder they call themselves “a slice of organized chaos.” Fellow local punk new originals Hal Dolls and the more experimental and collegiate Plastic Melodies open the night. —Peter Berkowitz

Will bratty Lady Mary manage to derail her impending nuptials? Will the sad sap Edith stop being such a buzz kill? Will the pants-wearing Sybill be forever shunned now that she’s carrying the chauffeur’s baby? Find out in style at the “Downton Abbey” season three premiere party at The Brennan House, a splendid setting to experience this juicy BBC drama. The evening kicks off with a tour of the 144-year-old Victorian mansion and its thousands of artifacts, followed by tea, cakes and sandwiches, as well as red wine to sip on while you soak in this sophisticated British soap. And for those die-hard “Downton” fans, there will be a costume contest, so dig out those corsets, tuxedos with tails, and hunting tweeds. —Sarah Kelley

Informed by bands like Helmet, Karp and the Jesus Lizard, Chicago’s Jar’d Loose offer their own metal-influenced indie rock at the Mag Bar Tuesday. Fronted by the brother and sister duo of twins Pete and Eva Bialecki, Jar’d Loose create music that is as heavy as it is streamlined, epic in scope, and at times even a bit melodic. Not only is this their first appearance here, but Louisville is their first tour stop in promotion of their acclaimed 2012 album Goes to Purgatory, so you know they’ll be fresh and energetic. Joining are local heavy hitters Hateshrine, and Pavement-inspired Mote, whose distortionless mellow will give your ears a break between louder acts. This is at a bar, of course, so it’s 21+, and since it’s a weekday, I’d wager it’ll start about on time. —Syd Bishop

How often does a professor of geography become a lightning rod for political debate as well as heated discussion among rational audiences? Jared Diamond can regularly incite such attention. Once Diamond began writing books for popular consumption, his cultural correlations and assertions quickly drew a range of readers — including many whose reaction was along the lines of “Of course! Why didn’t someone put those ideas together before?” He has training in evolutionary biology and has received a MacArthur Fellowship, but that doesn’t prevent critics from pondering the ways in which works like “Guns, Germs and Steel” reinforce or rebuke controversial notions such as Environmental Determinism. “The World Until Yesterday: What Can We Learn From Traditional Societies?” is Diamond’s latest, and he’s being interviewed by Sarah Hrdy as part of U of L’s Kentucky Author Forum. —T.E. Lyons

The holidays are over and it’s time to plan … your next vacation! OK, so you’re broke after the big money avalanche of November and December. Stay close to home by traveling to a state park. To become inspired, go see Lexington artist Marianna McDonald’s pastel drawings of Kentucky parks. McDonald visited nine parks; her journeys were partially funded by a Kentucky Department of Parks grant. “The parks I visited represent an amazing diversity of landscapes,” McDonald says. “Water is the one thread that winds through all of these parks. I’ve thoroughly enjoyed recording these moments in time through my pastel drawings as I hiked the trails, kayaked the lakes, or sat beside gurgling creeks.” —Jo Anne Triplett

The folks at PYRO Gallery are getting back to their roots with their latest exhibition, which explores the human craving to reconnect with the natural world and the artistic creativity this connection fosters. PYRO member Bette Levy spearheads the exhibit, along with guest artists Vallorie Henderson, Kay Polson Grubola and James Grubola. From Levy’s intricate embroidery and faux-calligraphy to Henderson’s felted baskets, this collection is diverse and powerful in its explorations of natural imagery and the human spirit. Levy and Henderson both stray out of their comfort zones, exploring new media and playing with color and texture. Polson Grubola delves into Celtic mythology and goddess imagery, searching for the beauty in the eternal cycle of growth and decay. Grubola, drawing inspiration from thickets and vines, creates intricate layers of gold and silverpoint. —Jennifer Harlan