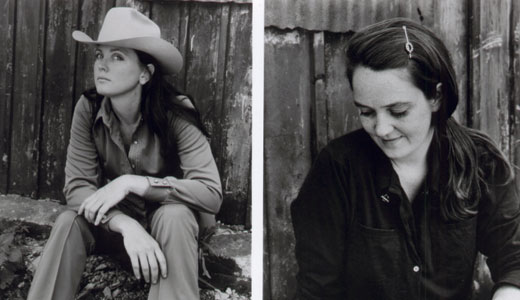 Poetry and jazz go together like wine and cheese, and this evening you can experience all of the above (along with a variety of other writing styles and libations) at our annual Literary LEO event. Every year we ask readers to submit their most inspired works in the areas of fiction, poetry and “something different,” a category that knows no creative bounds. We also invite photographers to participate, providing a visual element to this literary undertaking. Judges review the hundreds of entries, and the end result is an impressive collection of work, which we’ll celebrate at this evening’s soiree. There will be hors d’oeuvres and a cash bar, with the winning photographs on display and the authors reading their works aloud — accompanied by a jazz trio — beginning at 7 p.m. Time to eat, drink and be literary. —Sarah Kelley

At age 19, Harry Wu did what many of his American counterparts did in college: criticize the government. Under the auspices of the Chinese Communist Party’s 100 Flowers Campaign, whereby dissent and openness was supposedly encouraged, Wu, a student at the Geology Institute in Beijing, did so despite initial hesitations. However, the party turned the tables, declared those who spoke out as the true enemies of the state, and cast Wu into a terrifying abyss of torture and forced labor that would last for another 19 years. After his eventual release, he dedicated his life to human rights issues and, in 2008, founded the non-governmental Laogai Research Foundation, an organization dedicated to exposing Chinese labor camps and promoting human rights. Wu will appear at U of L to give a talk on U.S.-China relations. Attendance is free, but tickets are required. —Jonathan Meador

“Hollywood is a place where the stars twinkle until they wrinkle,” the actor Victor Mature has said. If this is true, the Shelby Park resident must have kept himself in pretty decent shape, landing his first role in 1939 and working into the early ’80s. Billed as the “rugged romantic” in 1952’s “Million Dollar Mermaid,” one can safely assume Mature was quite the heartbreaker, marrying five times and starring opposite legendary femme fatales like Rita Hayworth and Betty Grable. After WWII, his roles took a hard-nosed turn toward noir and Westerns, as well as biblical sagas like “Samson and Delilah.” Mature was lured out of retirement with a chance to show his funny side, starring with Peter Sellers in 1966’s “After the Fox.” This week, the Greater Louisville Pride Foundation will screen “My Darling Clementine” in tribute to the centennial of Mature’s birth. —J. Christian Walsh

It’s only the second time Freakwater is celebrating the release of their 1993 album, Feels Like the Third Time, and one can reasonably expect a 40th anniversary tour in 2033. This time, singer/songwriters Janet Beveridge Bean and Catherine Irwin (the latter now also a LEO columnist) and bassist David Wayne Gay are enjoying a jaunt around some of the colder cities in honor of a red-hot classic. Third Time was, indeed, their third, featuring immortal creations like “My Old Drunk Friend” (later seen in Louisville’s best music movie to date, “Half-Cocked”), and remains one of the most-unimpeachable mementos of that era’s alt-country scene. Now available — for the first time — on vinyl, remastered with a download card, pick it up if all you have is some of that Mumford pabulum. —Peter Berkowitz

The Louisville Ballet’s annual “Choreographers’ Showcase” practices truth in advertising. The title tells you what to expect — a number of new dances created by their choreographers, many of whom happen to be dancers in the Louisville Ballet. Ben Needham-Wood, Ashley Thursby and Helen Daigle are just a few of the choreographers presenting their work this year. Occasionally these brand-new, hot-off-the-press dances are expanded and performed again later, just as “Sansei” was in 2012 and “continuum” in 2008. These 12 new pieces will be performed in the studio of the Louisville Ballet, making the dances seem as if they are being performed just for you and some of your friends. It also means space is limited and it’s best to purchase tickets in advance. —Jo Anne Triplett

Evansville native John Cowan has tried on a few hats in a long and fun career in music. First, as vocalist and bassist for New Grass Revival, he and bandmates including Sam Bush and Bela Fleck brought bluegrass into the modern era, adding their rock ’n’ roll-fueled energy to a genre in need of a new generation’s attention. As a solo artist, he’s been a criminally underrated Americana pioneer, fusing country, newgrass and soul styles, finding the common ground between disparate forms of classic American music. And he’s paid the bills for his artistic explorations, at times, by touring as the Doobie Brothers’ bassist, because those State Fair shows need somebody to crank out those ’70s hits all over again. Louisville lets John be John, so doobie doobie do go say hi. —Peter Berkowitz

Remember the segment on “Whose Line is it Anyway?” when audience members would throw out phrases or suggestions, and the improv comics and actors would have to create a bit on the spot? Yep, that’s the heart of improv, and Saturday you can get in on the act at the Bard’s Town when local improv troupe Damaged Goods presents “Cats Blastin’.” Comprised of local comics/actors Parker Bowles, Stefan Gearhart and Rocky Williams, Damaged Goods will bring down the house with their wit and quickness — and sometimes even their crassness — for two solid hours. In their words, come out and watch them turn your suggestions into “comic gold.” Oh, and the Bard’s Town has pretty good food, too, so come for dinner. —Kevin Gibson

Terrapin Flyer returns with guests Melvin Seals (The Jerry Garcia Band) and Mark Karan (Ratdog). Guitarist Doug Hagland says the repertoire will differ from their August concert, which featured keyboardist Tom Constanten from the ’68-70 Grateful Dead lineup and music from that era. “We play a lot in (the guests’) comfort zones … With Melvin, you have the influence of R&B and soul. With Mark, you have the whole Dead catalog to work with, and also, he’s really blues and R&B-influenced, so there’s some crossover between them, but also some significant differences. It’s really a combination of Grateful Dead and JGB. It’s a big thrill to play with Melvin on those JGB tunes he played on.” Former Allman Brothers Band pianist Johnny Neel and Louisville saxophonist Myron Koch will also be sitting in. —Martin Z. Kasdan Jr.

Architect/historian Steve Wiser’s latest book is “Distinctive Houses of Louisville,” and he’s giving a talk on the architects who designed the residences. Some of the designers he’ll discuss are Dodd & Cobb, Jasper Ward and Michael Koch. Although sponsored by the Central Kentucky Chapter of the American Institute of Architects and the Filson Historical Society, the event is open to the public. “Louisville consistently ranks high as one of the best places to live in America,” Wiser says in his book. “To be a great place to live, there has to be good, desirable neighborhoods, and the city has many … Within these remarkable environments are a variety of housing types, from basic shapes like shotguns and bungalows, to more elaborate styles such as Classical Revivals and Tudors.” —Jo Anne Triplett

One of the most beloved and copied bands in indie rock, Yo La Tengo has seen a million “Portlandia” fans’ faces and gently rocked them all. Formed in Hoboken, N.J., by married drummer Georgia Hubley and guitarist Ira Kaplan in 1984, the band truly became the powerhouse you know today in 1992 when bassist James McNew joined and became their permanent anchor. This evening is extra special, as the opener is fellow veteran Calexico, still one of the most beautiful, unique and ever-progressive bands in America after 15 years. Both have recent releases — Calexico’s Algiers, released in September, is a stunner, and Yo La Tengo’s Fade just dropped on Jan. 15. This is an amazing bargain, so take advantage and have a memorable night of great music. —Peter Berkowitz