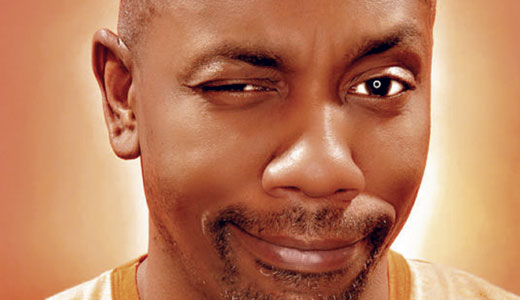 Tim Northern has been headlining clubs all across America for more than a decade. His humor is smart and biting, cut with a unique sense of charm and wit. This weekend Tim is going up at The Bard’s Town, in front of a hometown audience, to record what will become his next album. For those of you who have ever listened to a comedy album and wondered, “Who are those people laughing in the background?” … here’s your opportunity to be one of those people.

LEO: So what’s on your mind that’s going to get covered on this record?
TN: This record is sinister, the dark side of Tim Northern. It’s stuff I just have to get out of me.

LEO: You say it’s darker. Where’s the line when something stops being dark comedy and just becomes offensive?
TN: I don’t know if there is a line, per se. It’s comedy, funny is funny, no matter how dark it may (be) … as long as it’s funny. People are telling jokes about Sandy Hook right now, absolutely if it’s funny. If it’s not funny, then you’re just talking crazy about dark stuff, and that’s not funny. If they’re laughing, it can’t be offensive. If you’re going to say it, you are obligated to make it funny. Because everything is funny, you just have to find the funny in it.

LEO: Have you ever had jokes you thought were funny, and the audience didn’t respond?
TN: Of course! I would tell a joke I thought was hilarious and the audience would do nothing, and then they’d laugh at the stupidest thing I’ve ever written. I’d be like, “You didn’t laugh at this … but you thought that was funny?” My problem is that I can’t really make my real life funny — that’s why so many of my jokes are absurdist and abstract.

LEO: Your material is known for being really smart, and you expect more from the audience. Where does that come from?
TN: I do what I think is funny. I don’t try to be different. I just like things that come from a different vantage point. It’s not that I’m necessarily smart, or my material is any smarter — I guess I just “think outside of the box,” to use a beat-up phrase. I just have to sit back and let what flows through me flow through me.

LEO: You’re working on a documentary called “Why Am I Not Famous?” Tell me about that.
TN: That’s just me wondering why I have to drive a day and a half just to get to a gig instead of flying first-class. It was me with a little sour grapes at first. Then I really started wondering, “Why am I not famous?” So I started asking people after my shows, and they would say, “I don’t know why you’re not famous.” So it went from frustration to genuine curiosity.