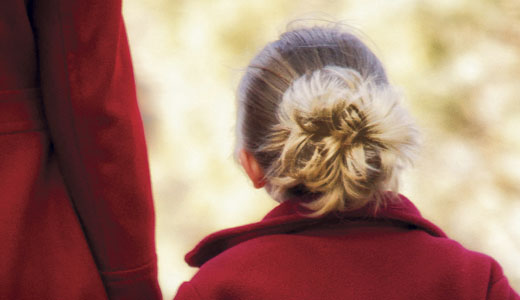 What keeps the bonds of family strong? Security, trust and support rank high, of course. But many would also add that a sense of place is important. Leah Stewart writes of a family where all of these are tested in her new novel “The History of Us.” She’ll be coming to Carmichael’s Thursday for a reading and signing.

The book’s fictional family hails from Cincinnati — although in the first few pages, young professor Eloise is feeling confident that she’s earned herself a new life teaching at Harvard. A fateful phone call brings her back to her hometown and gives her responsibility for three youngsters along with the big house that is practically a primary character in the story. Most of the book is set many years after Eloise is called home — in a period where the three children are now young adults wrestling with their own (and each other’s) conflicts between family roots and independence, even as their guardian-aunt is still making sense of what must be done and what might still be.

Stewart will be coming here from her own home in Cincinnati, and she recently spoke with LEO about the process of writing this novel and its place beside her other work. “I’ve written about friendship, and I’ve written about marriage and parenthood,” she says, citing earlier well-received novels “The Myth of You and Me” and “Husband and Wife.” This included a fictionalized version of her own upbringing as a military brat: “I know very well what it’s like to move and move and move — but what it’s really like to feel rooted in a place — even when you don’t want to be — I’ve never experienced.”

But one of Stewart’s former colleagues shared what it was like for a family to share “a big, rambling house where they all would gather for Christmas. It was sold a few years ago and caused a big upheaval … She was really helpful to me and talked to me about how significant the house had been in her life, and in the life of her family. What the house symbolized for them, and how upsetting it was for people to see it go.”

“History of Us” engages the reader immediately with its powerful, dramatic prologue: We first encounter important characters while they are in the shock of grief. Stewart recognized the value in this near-real-time introduction to how the initial tragedy and loss “hangs over all of them … and the choice that Eloise made to come home hangs over all of them … It struck me at some point that the reader needed to have the emotional experience of that loss along with Eloise.”

A decade and a half after the events of the prologue, Eloise’s family has its share of thwarted ambitions and unrequited relationships, but also some paths that were freely abandoned and regrets that are kept in check. The possibility of selling the family house then brings out long-simmering imbalances in the family dynamics — and showing how her characters co-exist, stumble and eventually navigate through this time is the richest and most satisfying part of Stewart’s newest novel.