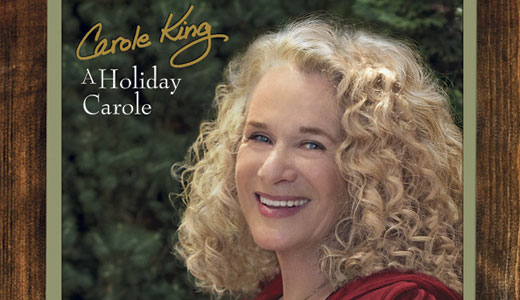 Each fall, for too many years, record store clerks have watched a familiar scenario unfold, as predictable as falling leaves and as unattractive as naked, soaped-up Santa in the shower — otherwise intelligent adults groping through hundreds of Christmas CDs, forced to pick one for Mom/Grandma/Secret Santa/party ambiance, when they’d rather not be throwing away their $15.99 on more disposable, hard-to-stomach crap at Christmastime.

For Rod Stewart or Tony Bennett, it’s a sure thing, easy money. For the labels and the stores or download sites, it’s an annuity, a tradition that stays steadily strong even as it gets bigger and more grotesque. It affects not only our best — 1957’s Elvis’ Christmas Album has sold 12 million copies — but also our worst (Kenny G has the second biggest seller, Miracles, at 7 million sold since 1994).

This cultural plague has affected many who seem to think that their “White Christmas” will make you forget versions by Manheim Steamroller or Celine Dion. The plague has also affected those who have no other reason to celebrate the Christian holiday: Barbra Streisand, Neil Diamond, Neil Sedaka, Carole King, Barry Manilow, Bette Midler, Bob Freaking Dylan! And don’t forget that Kenny G.

Why are these singers of Jewish descent, who would be even less likely to be seen in a church on Sunday morning than Abu Nazir, recording odes to the joy of the Gentile holiday — and trying to sell it as an artistic statement?

The reasons might be slightly more complex than what’s obvious. Money drives many motives, and early 1990s Neil Diamond was as artistically pure as Lindsay Lohan borrowing money from Charlie Sheen on the set of “Scream 5.” But this shit works, so his The Christmas Album sold 2 million copies, followed two years later by The Christmas Album, Vol. II.

Even by the most generous assessment, it’s hard to deny how horrifically bad A Neil Diamond Christmas can be. The heavily synthesized production is stuck in the worst of the ’80s, and he barks out lines like He’s gonna find out/who’s naughty or nice like he’s yelling at a cheating wife. Then there’s the reggae version of “Rudolph the Red-Nosed Reindeer.” Uncool runnings, Neil, uncool.

His third collection, 2009’s A Cherry Cherry Christmas, features 10 songs from his first two mistakes plus five new recordings, including a cover of Adam Sandler’s lonely classic “The Chanukah Song.” “There are so many beautiful Christmas songs around, and so few Chanukah songs,” Diamond laments in the intro, ignoring the fact that he has had 50 years in which to write at least one.

Then there’s Carole King, one of the most successful songwriters in human history. Her unnecessary 2011 entry, A Holiday Carole, includes a “Chanukah Prayer” in the middle of 11 less Yiddishkeit-friendly tunes, and features a duet with her pre-pubescent grandson — practicing for the day when he becomes a man. Glad you spent that $15.99?

There’s no way to not be kinder when discussing Streisand’s approach to Christmas music. Her first, A Christmas Album, came out in 1967 when she and her career were still somewhat young, hungry and jazzy. Her breathless rendition of “Jingle Bells” is firmly in the beatnik coffeehouse style of the day and holds up well — especially when compared to her 2001 follow-up, Christmas Memories. What memories, Yentl? Those Christmases you and James Brolin spent in Aspen? It’s not even that bad, musically, but it sounds like exactly what it is: a pampered old rich lady demanding more attention and money.

And Dylan? Well, he likes to do the unexpected, and what was less expected than a Bob Dylan Christmas album? If you let his slurry delivery distract you from the lyrics, it sounds more like a mid-’70s Tom Waits album than Garth Brooks’ Beyond the Season. He told journalist Bill Flanagan that, having grown up in snowy Minnesota, the songs were “part of my life, just like folk songs.”

So perhaps his album — all these albums — are less crass commercial ventures than just another chapter in the American Experiment, the Great Melting Pot where we all become one. Or maybe a music critic, who hates pretty much everything about a world where “American Idol” and its copycats dictate what popular music is in America, is the wrong person to ask.