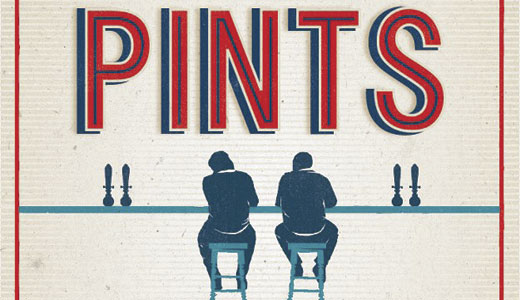 While plenty of new books by old pros have flooded the market this fall, we’re not going to spend time here on writers who now seem to be pretty much phoning it in. Yes, you, Barbara Kingsolver. And you, Zadie Smith. And most especially you and you, Ian McEwan and Martin Amis.

Our recommended reading list is instead all about cutting out the flab, getting down to the bare bones of sentences that rivet the reader to chilling plots succinctly unraveled. We could call it the Austerity Reading List if it weren’t for the fact that each one packs such a huge wallop per page count.

Yessir, when I counted them just now, I realized that all seven of these novels put together don’t add up to the page length of your average Jeffrey Archer bloat festival — I mean, book.

It was only after I whittled the list down that I realized how many of the stories center on characters out of their element — in most, quite literally out of their home countries.

In Ben Lerner’s “Leaving the Atocha Station,” young Topekan poet Adam Gordon spends a fellowship year abroad in Madrid, where, constantly stoned or otherwise buzzed, he pretends to be fluent in Spanish. Nothing but quoting lengthy passages of various chapters could begin to convey how hilarious it is to watch him try to figure out what his new friends are saying to him. Adam is fairly sure they all consider him “a drunken American idiot brought to the party as a joke.” He gets a bit of a reality check after just missing being hit by the 2004 Spanish train bombings.

“The Forgiven” by Lawrence Osborne likewise involves chemically altered English speakers in a foreign land. In this case, the story opens with a British couple en route to a glam party in the Moroccan desert. The arrogant, boozing doctor behind the wheel gets his comeuppance and then some after mowing down a native. Here, the pleasure is all in the number of heads (or points of view) the narration manages to sneak in and out of. Somehow, every single character manages to end up both scissored and sympathetic.

The same might be said for “Swimming Home” by Deborah Levy, which again involves Brits in the countryside (near the Alps this time) hanging around swimming pools they may be better off drowning in. High-achieving parents with an alienated teen daughter find their general angst upended when a naked beauty, who may or may not be a stalker, turns up at the villa they are renting. The last chapter holds a particularly unexpected shift. With good reason, this swift novel made the short list for Britain’s Booker Prize.

Trains. Cars. Drownings. Dislocation. What next? Yes, a boat! Alison Moore’s “The Lighthouse” (which, if you ask me, is the runner-up that should have won this year’s Booker) opens with a ferry ride taken by a chemist named Futh en route to a hiking trip in the Rhineland. But this particular water ride releases itself into concentric circles of previous rides taken by characters with duplicate names. The title may suggest Virginia Woolf, but by the end of the first chapter, it is clear we are in Patricia Highsmith territory. Futh, seen from the outside, is one weird and maddening dude. Yet once we’re taken inside his head, he becomes almost endearing. Moore’s prose is precise in the way that Muriel Spark’s was. But her subject matter is far spookier.

The sympathy in Katie Kitamura’s “Gone to the Forest” is less evenly distributed, the setting — an unnamed South American country — less specific, but the heart of the matter is even more brutal. This story, too, has at its post-colonial center a siren that seems to appear out of nowhere to unmoor an entire society. There is something very “Heart of Darkness” about this spare novel, if Conrad had had the seeing eyes of a mixed-race woman.

Which bring us to “Three Strong Women” by Marie NDiaye, a Senegalese-French author whose work took a few years to reach American shores. The literal translation of this book (which is actually three connected novellas wrapped into one volume) both does and does not seem intended ironically: “Three Powerful Women.” As the novellas progress, each woman’s power appears decreased and is retained only by what remains incomprehensible to their controlling husbands, fathers and brothers. These are bleak, bleak stories of immigrants that will shake up your romantic notions of life in France.

So when you find that you might just jump out a window if you can’t laugh again, it’s time to turn to “Two Pints” by Roddy Doyle, the funniest dialogue writer who ever put pen to paper. This slim novel that you are guaranteed to read in one sitting is, well, about two guys who meet up to discuss politics over pints in a pub. These two are in their element, Donny. Quoting the slangy Irish Doyle requires repeating a whole lotta well-placed cursing, so here goes:

“Your one who does the weather.”

“The glamorous one — looks like she used to hang around with The Human League … She’d be able to point to the clouds and say, ‘That’s a cold front comin’ in from the southwest, Your Majesty. But it’ll have fucked off by this afternoon.’”

“Have yeh made your mind up yet?”

“I meant the election.”

“Well, it’s either tha’ or the Greek default.”

And, finally, the novel you should most look forward to this spring? “How to Get Filthy Rich in Rising Asia” by Hoshin Hamid, the clever Pakistani author we first met in “The Reluctant Fundamentalist.”