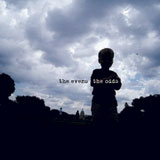 Having once declined to throw up the “W” at a Wu-Tang concert, I found myself incapable of denying Ian MacKaye when he demanded a sing-along. This is the power that MacKaye has had on me since I was young, and it continues with the release of the newest Evens record, The Odds. Comprised of MacKaye and Amy Farina of the too-often overlooked The Warmers, The Evens leave behind the aggression of their former acts but maintain all of the social commentary. As likely to lull as to confront, The Odds tells a story, arguably the same story MacKaye has been trying to tell for years, that’s socially conscious and politically charged, but now with the restraint of experience. This is what punk rock sounds like when it grows up; not that it stops raging, but that it never stops.