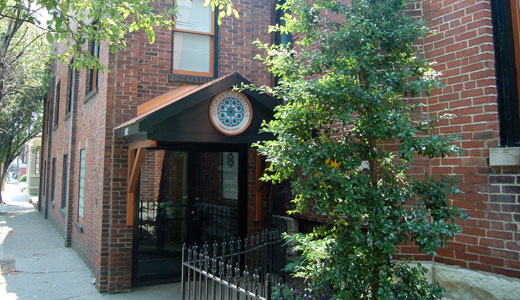 In a May LEO Weekly cover story, Mayor Greg Fischer’s office admonished Dismas Charities for violating what they claim was an agreement to not send inmates with a violent criminal record to work for city agencies — including the Louisville Zoo — vowing to rectify the situation.

But records LEO obtained from Metro Government via an open records request show that Dismas inmates with a violent criminal record continue to work for the city, unbeknownst to the city employees who work alongside and supervise them.

According to their most up-to-date inventory, eight of the 36 Dismas workers used at city agencies have a violent record, with convictions including first- and second-degree robbery, second-degree arson, first-degree burglary, first-degree wanton endangerment, and assault.

When informed that such inmates were still working at city agencies, mayoral spokesman Chris Poynter re-emphasized that this is not supposed to be the case.

“Obviously, if there are violent criminals, they should not be on that list,” Poynter says. “But it was my understanding that that had been culled through and that we were no longer having any folks who had been convicted of a violent crime.”

In a subsequent conversation, Poynter verified that four of these inmates still work for city agencies and will continue to do so until Metro finalizes a signed memorandum of understanding with Dismas.

The lack of such a written contract was one of many problems revealed by a Metro Government internal audit released last week, which graded the oversight of the Dismas work-release program for city agencies with its lowest score of “inadequate,” and forcing Metro Human Resources to enact reforms improving accountability.

In addition to no written agreement between Metro and Dismas — meaning there are no stipulations regarding what types of offenders are allowed to work for the city — the audit also found lax record-keeping, insufficient training for city workers, and warned that allowing inmates with a violent criminal record to work for city agencies “increased exposure to liability risk.”

“Technically, I guess, they (Dismas) are not out of compliance, even though it was against their own policy,” Poynter says. “But once we have this new policy in place — which should be before the first of the year — we should have all of that answered in black and white.”

Dismas spokesman Bob Yates refused to comment on the continued placement of violent offenders at city agencies, instead providing LEO with a statement that in no way addressed the issue.

The Department of Corrections contracts with the Louisville-based Dismas Charities to run halfway houses allowing prisoners to volunteer at organizations throughout the state for 62 cents a day and time off their sentence.

LEO’s May 30 cover story revealing Dismas inmates with violent records were stationed at the Louisville Zoo (with little supervision) came just weeks after a Dismas worker allegedly attempted to rape a Kentucky Humane Society employee; that same inmate previously worked at the zoo.

Of the eight Dismas inmates with a violent criminal record on the most recent city inventory, three worked for Metro Parks, three at Solid Waste Management, and one at Metro Animal Services. One inmate who worked at the zoo — convicted of arson — escaped Nov. 30 and is still on the loose.

The audit did not specifically recommend that the city independently verify the criminal records of Dismas workers, but Poynter says Human Resources and the County Attorney’s Office are weighing that option. When asked what would happen if Dismas continued to send inmates with a violent record after a formal contract is signed, he says, “We’d have to cross that bridge when we get to it.”

But such inmates do interact with city workers, who are under the impression that those with violent records are excluded.

“It is troubling to learn that our members — who are full-time city employees — are still regularly being exposed to potentially violent offenders,” says Joe Phelps, assistant director of AFSMCE Council 62, which represents roughly 800 city workers.

Phelps further hopes that Mayor Fischer “finally lives up to his promise to end the practice of hiring violent offenders to work city jobs that should be filled by qualified, trained, professional employees.”

Additionally, such inmates aren’t totally sequestered from the public during their duties, which include setting up public events like the mayor’s “Talk to Greg” town halls. At one such meeting in September at Brandeis Elementary School — during which Fischer addressed violence in the West End — a Dismas inmate convicted of robbery and first-degree burglary escaped. He was apprehended three weeks ago.

Such occurrences aren’t uncommon, as 18 Dismas inmates in Louisville escaped or walked away from worksites in 2012. Despite housing less than 20 percent of Kentucky’s halfway-house inmate population, escapees from Dismas houses in Louisville alone made up 67 percent of the state’s total this year.

But for now, Fischer has no intention of ending the Dismas program, saying its major appeal is a matter of dollars and cents.

In response to the audit, Poynter also told WFPL that Dismas workers are needed because “they do a lot of the work that people don’t want to do or it’s tough to hire people for.” Asked to square that statement with the fact that many workers in agencies that use Dismas inmates make more than $15 an hour, along with benefits, Poynter tells LEO that he was mostly referring to Louisville Metro Animal Services.

“Dismas workers clean the shit,” he says. “It’s very difficult to find people who want to clean cages at LMAS. And when we do find people, they stay around for a few weeks and usually quit. A second (reason) is a lot of the manual labor they do.”