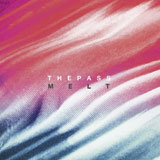 In a Pantone future, The Pass will belong to a group that works well alongside other complimentary genres, such as electronica and nu-disco (yeah, like that’s going to exist in the future) as they subconsciously pilfer melodies from a lifetime of great influences. Melt stands out in contrast against a wash of hybrid indie-disco-punk-dance bands with accomplished songwriting and remarkably pristine production. Standout track “The Rapture” truncates the best parts of the album, with its accessible melody and bouncy party rhythm. The record is a somewhat “of the moment” release with various musical citations popping up like you’re scrolling through Tumblr admiring the many fleeting interests of millennials. However, unlike the current generation’s propensity for deriving pleasure ironically, you sense that The Pass take great joy from bringing together their ideas and being an actual, proper band.