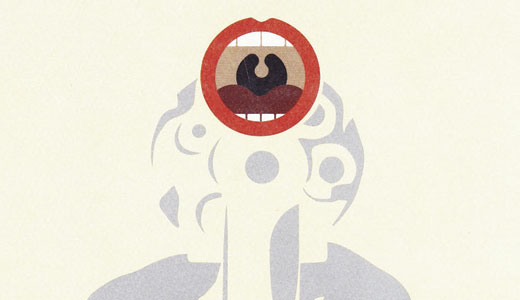 When Mitt Romney, in the course of the 2012 campaign, accused President Obama of “rhetorical excess” and, later, “deceitful rhetoric,” what exactly was he talking about? Before the presidential debates, experts conceded Romney was the better debater, having proven himself in Iowa, but when it came to speeches, Obama was clearly the champ.

“Rhetoric” is clearly one of those words that gets thrown around as, well, rhetoric. As such, we can safely assume that the bulk of the American voting populace has no clear idea what rhetoric actually is. After all, one can earn a PhD in rhetoric alone. It is, according to Aristotle, a techne, a skill one develops. But to what purpose? Ultimately, to persuade, arouse and move its audience.

Author Sam Leith, a writer who has contributed to the Wall Street Journal, among other places, seeks to inform the typical — read: uneducated — reader in the ins and outs of rhetorical devices, complete with a glossary of terms, in “Words Like Loaded Pistols.” The outline is fairly simple in this short book: The parts of rhetoric and the branches of oratory are described in the simplest of terms and interspersed with profiles and textual examples of classic speakers, including not only Obama, but Winston Churchill and Adolf Hitler. Cicero, the famous Roman orator, is a constant presence here, as is Aristotle, because they laid down the rules, as it were, for how to talk to people with force and clarity.

This makes for an interesting read, and it is enjoyable and informative, but who the book is ultimately intended for is a bit obscure. To someone who has studied rhetoric intensely — and I’m not one of them — the book would be far too simple. Instead, this book is meant for the common, everyday reader and has a tone to match: highly colloquial (that is, if you get all the British references and catchphrases), humorous to the point of irreverence, but largely digestible.

But the book seems to fall into a gap, finding itself rhetorically a bit too unclear on who its audience actually is. For a typical college graduate, or one who has read a lot of Aristotle or Cicero, the idea of using Cartman from “South Park” to demonstrate a rhetorical argument seems a bit pandering. A writer myself, with several graduate degrees, I could not care less about Cartman. I’m far more interested in reading about Lincoln’s “Gettysburg Address” and the rhetorical and historical details behind it than the analysis of Cartman’s “Kyle’s Mom is a Bitch.”

There are similarities in this book with, say, Richard Dawkin’s “The God Delusion”: lots of interesting facts, for sure, some of them rather enlightening, but also a tone that just doesn’t jibe with everyone and can serve, ultimately, as a detriment to the point of eye-rolling. Though Dawkin’s tone is ultimately condescending and sarcastic, Leith’s is at least good-naturedly charming. Perhaps the best audience for this book is the college student studying freshman writing. It may be that the book best suits them and would find its most impact.