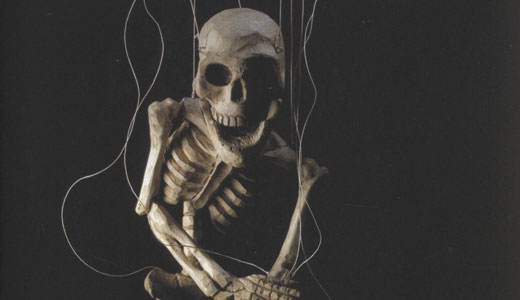 Set in 1980s Edinburgh, “Skagboys” presents the “origin stories,” if you will, of Renton, Sickboy, Spud and all the gang, explaining Sickboy’s issues with women, Spud’s codependence and, in the novel’s most poignant narrative thread, Renton’s descent from well-intentioned university student to hopeless smackhead.

It’s easy to be judgmental and look down on these characters (especially the nasty sociopath Franco Begbie), but it’s a testament to Welsh’s gifts that they’re presented not as caricature junkies doing stupid things but as well-rounded people who just happen to be addicted to heroin. It’s oversimplifying to say that Renton and the crew are poor decision-makers, but hey, we’ve all been there.

What makes “Skagboys” such an engaging read is the comedic tone underlying much of the story, which prevents it from turning into a heavy-handed “drugs are bad” bore. On the flip side, of course, Welsh doesn’t shy away from the nasty side of things, either, including a harrowing odyssey down a tenement garbage shoot that turns up a puppy (live) and a fetus (guess).

The novel ends with a humdinger of a caper in which our heroes attempt to break into a chemical plant to steal (what else?) pharmaceutical heroin. The plan is patently idiotic from the outset, and deep down Renton and pals know that, but their addictions are so strong that they go through with it anyway.

As with most of Welsh’s oeuvre, “Skagboys” is written in phonetic Scots, which may require the reader to slow down and speak the words aloud before they make sense. It helps to imagine Scotty from “Star Trek,” or Craig Ferguson, speaking. Some people may find this aggravating; after all, it shouldn’t require too much effort for native English speakers to comprehend a novel ostensibly written in the mother tongue, but some (like me) find it an integral part of Welsh’s style.

Recent Welsh novels like “Bedroom Secrets of the Master Chefs” and “Crime” were somewhat disappointing, but “Skagboys,” reeking of stale cigarette smoke, rainwashed streets and sweaty desperation, hits the scumbag Scotsman sweet spot. At this rate, we’re due for another volume in 2022.