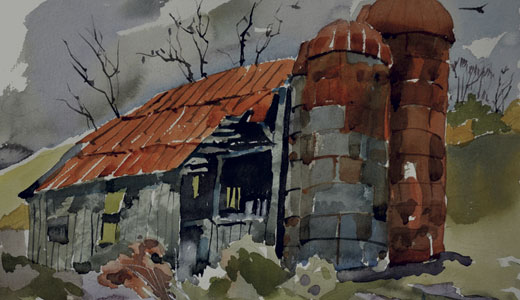 “Compassion can be put into practice if one recognizes the fact that every human being is a member of the human family, regardless of differences in religion, culture, color and creed.” Wise words from the Dalai Lama, who most definitely would dig the upcoming Festival of Faiths, which aims to celebrate religious diversity and promote unity. The theme of this year’s festival is compassion, a topic that will be explored through music, film, panel discussions, youth activities and more. Keynote speakers include Mayor Greg Fischer; the Rev. Joan Brown Campbell, co-author of the international Charter for Compassion; and Thomas Graham Jr., a former U.S. diplomat involved in international arms control and nuclear non-proliferation agreements. There also will be numerous interfaith programs, ranging from a Hindu fire ceremony to a showcase of gospel choirs. —Sarah Kelley

‘Much Ado About Nothing’

This show has been everywhere lately, and for good reason. Who doesn’t love gossip and trickery, especially when it’s Shakespeare style? It’s like Elizabethan reality TV, and with this particular production, the U of L theater department has a lot up its sleeve. “The production will be a modern take on the story,” says director James Tompkins. “We have a cast of 22 who are looking forward to engaging the audience in the fun.” He assures us that even if you’re familiar with this script, there will still be lots of surprises. Also, graduate student actors Lauren Street, Jocelyn Matsuo and Jake Beamer will be performing in lead roles as part of their MFA degrees. —Jane Mattingly

Drag City noise-rockers Dope Body are making their first appearance in town since last year’s Cropped Out Festival. Described as “Baltimore’s most brutal band,” the quartet sound eager to live up to this reputation, with pummeling instrumentation and screeching vocals all set to what is usually a bizarre soundscape. In support of their newest album, Natural History, Dope Body trade in their signature no-wave sound for something that sounds like if AC/DC and Arab On Radar had a baby. While they’re still prone to noisy experimentation, they are just as likely to fall into a headbang-inducing groove that relies as much on traditional riff-rock tropes as it does on colorful production techniques and weirdo sounds. Joining them are Louisville natives Neighbor, who bring their Karp-influenced sludge to bear. —Syd Bishop

With the holiday season fast approaching, some of you may be looking to secure a position on Santa’s “Nice” list for this year. Artist Doyle Glass offers a perfect opportunity at this weekend’s benefit, where an anonymous donor’s matching gift gets you twice the karmic bang for your buck. The collection of oil paintings, a departure from Glass’ usual sculpture, includes landscape, still life and figure pieces, all drawn from Glass’ experiences as his wife battled Stage III breast cancer. “Painting this collection has helped me battle my wife’s cancer indirectly,” he explains. “I am not a doctor and I can’t battle the disease directly. By using art, I can help cancer patients locally win their individual battles.” All proceeds go to benefit the James Graham Brown Cancer Center, which Glass calls “a jewel in our community” and whom he credits in large part for his wife’s current remission. —Jennifer Harlan

Bobby Bare’s career of seamless sub-genre hopping has spanned seven decades, earning him a reputation as a forefather of the Americana scene. Waylon Jennings called him the “greatest song-hound of them all,” and his take on songs by Tom T. Hall, Billy Joe Shaver, Shel Silverstein, Townes Van Zandt, and Kris Kristofferson are considered among the finest interpretations. Although 2005’s The Moon Was Blue was an overlooked masterpiece, Bare’s new album has him returning to RCA’s Studio B, where his ’60s hits emerged. Here, he honed his method of snatching folkie material from its musty coffeehouse origins and presenting it anew to cowboy and snuff queen-filled dives. Bare’s honky-tonk pipes and swagger will be on full display at the Ogle Center, where the acoustics are worthy of such a country legend. —Tracy Heightchew

Canadian saxophonist and flutist Jane Bunnett’s “Cuban Rhapsody” tour, named for her 2011 album of duets with longtime musical partner Hilario Durán, finds her exploring what she termed the Cuban equivalent of the American Songbook. It features music from the 1920s and ’30s, which, while rarely performed outside of Cuba, is well-known there. Joining them for the tour is the truly legendary conguero Candido Camero, now 92. “He’s a phenomenon,” she says, calling him “a walking history book of the music, having moved to New York in 1945 from Havana, Cuba.” She began playing with Durán, a pianist who shared her great love for the Afro-Cuban folkloric music and who also had command of jazz harmonies, on her Spirits of Havana recording more than 20 years ago. Read a full interview at bluecat.leoweekly.com. —Martin Z. Kasdan Jr.

‘The Light in the Piazza’

The As Yet Unnamed Theatre Company keeps their 16th season rocking with this musical based on Elizabeth Spencer’s novella, which finds a wealthy mother and daughter spending the summer in Italy together where — guess what — daughter Clara meets an Italian hottie. Set in the 1950s, the show won a Tony for best original score, which is written in a neoromantic classical and operatic style, rather than the typical pop style of most 21st century musicals. Plus, it’s bilingual — several of the songs are in Italian. According to director Sandy Cohrs, this musical hasn’t been performed in this region before. “This show is a treasure,” she says, “and one that everyone should add to their must-see list.” —Jane Mattingly

Every year my brother makes a mad dash to the mall on Dec. 24 to embark on a frenzied shopping spree for friends and family. I suspect this endeavor is shortening his lifespan, so Pete, this one’s for you: The East Market District is hosting a holiday open house, wherein local shops and restaurants will offer sales and extended hours. Retail discounts range from 10-50-percent off select merchandise, with local food and drink purveyors — including Garage Bar, Against the Grain, Taco Punk and Mayan Café — offering deals when you show a receipt from a NuLu retailer. Stores will provide complimentary refreshments, and students from nearby Lincoln Elementary Performing Arts School will entertain along East Market throughout the day, making this shopping experience all the merrier. —Sarah Kelley

This historic collision of DJ sets from both DJ Funk and DJ Assault is an early Christmas present for anyone who likes to dance, likes it nasty, and also likes to have a good laugh while doing all of the above. The grooves laid down in mixes like Assault’s latest release, Fast & Nasty Vol. 2, are slick, futuristic and roller rink-ready, like Girl Talk landing in Detroit during the filming of “Tron” and running into Blowfly and Luther Campbell chatting up Giorgio Moroder at the snack bar. The 15-year legend of booty bass (aka “ass ’n’ titties” music) faces off with DJ Funk, the Chicago vet — more “ghetto house” than Assault’s “ghetto tech” — whose new EP, Work Dat Body, features the hit “Fuck Dat Ass.” —Peter Berkowitz

Tenor Aaron Lundy and soprano Amanda Boyd appear with the Indiana University Southeast Orchestra Sunday afternoon at the Ogle Center on the IUS campus. The program includes the heartbreaking duet “Parigi, O Cara” (“Far from Gay Paris”), from the last act of Verdi’s “La Traviata” — with Violetta finally reunited with Alfredo, then dying in his arms. This is one of those perfect opportunities to utilize YouTube to bone up on the music in advance of the concert (YouTube “la traviata parigi o cara”). Select, perhaps, a performance by current operatic stars Anna Natrebko and Rolando Villazon. Lundy and Boyd, faculty members at IUS, also sing solo works by Celia and Puccini, and the orchestra performs Tchaikovsky’s “Symphony No. 4.” Joanna Goldstein conducts. —Bill Doolittle

Detroit’s Child Bite is often compared to Rust Belt punk pioneers Pere Ubu because of their dissonant guitar lines and vocalist Shawn Knight’s high-pitched histrionics. Whereas Ubu’s frontman David Thomas couched his sometimes-sentimental lyrics within a whimsical yelp, the approach of Child Bite’s main man Knight is more assured, wrapped in the band’s more aggressive, straightforward post-hardcore sound. Additional synth and horn textures add some variety to an otherwise standard Midwestern rock approach, and Child Bite seem like the kind of band that are more fun to watch live than listen to in any other setting — though what I’ve heard of their recordings are pretty good, too. With Louisville hardcore alumni Black God and Alcohol Party. —Joel Hunt

Before the Beatles came ashore, Frankie Valli and The Four Seasons ruled the rock ’n’ roll airwaves. Their first No. 1 hit, “Sherry,” was released in 1962, followed by classics “Big Girls Don’t Cry,” “Walk Like a Man,” “Candy Girl” and many others. The Broadway show “Jersey Boys” details the group’s rise to fame as four blue-collar young men who became the biggest American pop music sensations. They wrote their own songs, invented their own sound, and sold more than 175 million records worldwide, all before they were 30. Take that, Nickelback! The show starts Tuesday and is part of the PNC Broadway in Louisville series. —Sara Havens

The word “intimate” has various meanings, including sexual. “Intimate Gems” is not going that route; here, it means a connection between the viewer and the art. Lynn Geesaman says she likes to “photograph something people already like to look at” — in her case, landscapes. Her photographs are printed in a technique that has become her signature. Her preferred subject matter of nature is rendered romantic, dreamy and mysterious, similar to Pictorialism, an early 20th century soft-focused photographic style. While best known for her use of black and white, Geesaman’s work as the artist-in-residence at the Kentucky Bernheim Arboretum and Research Forest in 1992 focused on color photography. Her work there helped her to discover that color didn’t distract the viewer from her quiet, near-fantasy landscapes. —Jo Anne Triplett

“Old barns don’t tear down; let ’em stand proud until they fall to the ground.” That line from the song “Old Barns” by the band Greensky Bluegrass sums up painter Jim Cantrell’s philosophy. His exhibition “The Barn Revisited/Vanishing Americana” focuses on those useful buildings that dot the land alongside country roads. Cantrell says he “decided he had better begin documenting (barns) as they are rapidly disappearing from our landscape.” His watercolor paintings are his way of “saving these structures on paper.” Preservation Kentucky’s daily concern is about the vanishing and “going-going-gone” architecture in our state. Cantrell is giving 10 percent of the proceeds from the sale to the organization. So, the next time you see a dilapidated ol’ barn leaning to the left, know that that’s the way things should be. —Jo Anne Triplett