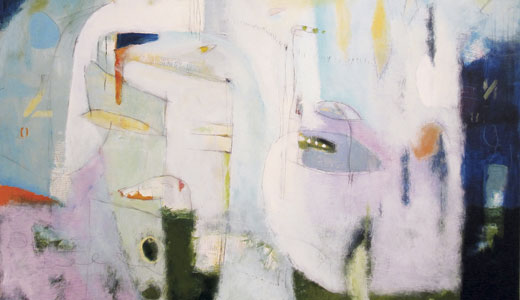 Every element of this annual art sale promotes a good cause: To participate, artists must make a monetary donation, money that’s used to buy gift cards for clients of the Center for Women and Families. Patrons also are asked to help by donating non-perishable food items and new or gently used winter clothing for struggling Louisvillians. And in case you need an incentive to do the right thing, those who donate items will receive chances to win a tattoo gift certificate. Then, of course, there’s the art, which includes watercolors, three-dimensional pieces, glassware and much more — all for $50 or less. On Saturday, Nov. 24, Liberty Tattoo will host a holiday party with the artists, during which there will be food, drink, door prizes and other festivities. Sounds like a win-win-win-win for all involved. —Sarah Kelley

It’s been quite a year for Houndmouth, literally. Fifty-three weeks ago, the quartet started a Facebook page, having just become a band. By January, they had Internet buzz and decided to play a show. The Mumfords-in-the-making went to Austin’s SXSW fest six weeks later and scored a deal with the legendary Rough Trade label, which then released their first EP in September. The New Albanians spent the fall touring with rising Brit rockers Dry the River, and made another memorable impression at NYC’s CMJ conference. They’ve been recording their first full-length album with producer Kevin Ratterman, due next year. And now here they are, the stars of Headliners’ Thanksgiving show, sure to sell out for so many reasons. Nashville singer Andrew Combs opens. —Peter Berkowitz

We’ve all heard of the perfect little black dress, but how about the ultimate black pet? It may surprise fans of dark cats and dogs, but black pets have a tendency to remain in shelters up to twice as long as their cream, orange and brown counterparts. In a nod to all things black, the Kentucky Humane Society is waving adoption fees for black (or mostly black) cats and dogs on Black Friday. As any pet owner can tell you, adopting a free-of-charge pet who is micro-chipped and vaccinated, as well as treated for worms and fleas, is one barking good deal. And, in keeping with the mission of the Humane Society, each adoptable pet is spayed or neutered. All nine KHS adoption sites are participating in the special provided your coal-colored friend is 4 months or older. —Mali Anderson

Ready or not, here it comes, you can’t hide. Louisville will officially be plugged in to Christmas on Friday with its 32nd annual Light Up Louisville event, which has been moved to Fourth Street Live this year. In addition to the traditional lighting of the tree and an appearance by Santa, there will be a Run, Run Rudolph 5K (2 p.m.), a parade (6 p.m.), live music all day long, fireworks, and ice skating. That’s right, a synthetic ice rink has been added to Fourth Street Live, and fees are a meager $5 an hour for adults, $3 for children. And if you happen to spot the Pedal de Ville party-powered bike with 15 or so jolly revelers, please steer clear. I’ve been asked to ride it around Friday night amongst the madness. Bring it on, Mr. Claus! —Sara Havens

By this point in their career, Epica is a finely tuned engine capable of cranking out near heavenly symphonic music with ease. This year’s release of their fifth full-length, Requiem for the Indifferent, took their orchestral arrangements and classical influence to higher, bombastic territory. In the off chance you’re not a fan, their live show is something to behold. Of particular note is their penchant for cinematic covers, which regularly includes “Imperial March,” aka Darth Vader’s theme. The tongue-in-cheek pirate metal of Alestorm is guaranteed to get your toes tapping with swashbuckling sea shanties. Rounding out the bill is melodic death metallers Insomnium; a sonic comparison can be made to Amon Amarth, minus the Viking love affair. —Austin Weber

Today we hear blues-rock in the form of fuzzed-out artists like The Black Keys and Jack White, but Mount Carmel shake their fist at these millennials; their music comes straight from behind the beaded curtain and puffs of smoke that are legendary ’60s/’70s bands like Cream or Led Zeppelin. A three-piece hailing from Columbus, Ohio, Mount Carmel and their 2010 self-titled record keep rock alive while sounding like the Grateful Dead. Opening for them is Temple of the Golden Dawn, an equally psyched-out stoner-rock band with a bit of an extra Sabbath-esque edge. According to their biography, “transcendental mind expansion” is their music’s goal, and I can bet all in attendance at this performance will experience a spiritual awakening in one form or another. —Kelly Kettering

The “Faces at the Palace” series continues with its first very special holiday episode. In this case, the fact that it’s a holiday weekend just means that more people are looking to get out of the house, get plastered and be entertained by something other than cat videos and drunk uncles. Speaking of the latter, Bodeco emerges from a two-year hibernation, hardly tanned but surely rested and always ready. It’s family style, indeed, as two of their finest children, the Ladybirds and Junk Yard Dogs, join in a punkabilly go-cat-go night of a thousand jean jackets and slicked-back hair dos and don’ts that runs till 1 a.m. Bodeco bassist Jimmy Brown, also known as the owner of Guitar Emporium, tells LEO, “We promise to bring it.” And he’s an honest man. —Peter Berkowitz

Stand-up comedy is a young man’s game — a never-ending search for the next Bruce, Carlin or Pryor. And we’ll never know in advance whether comparisons to such giants are justified or simply hype. But Ben Moore is a young comic making waves. Moore’s humor is hard to pigeonhole, a quality often found among the great ones. He’s as quirky as he is thought-provoking and as fresh as he is classic. He’s crisscrossed the country playing colleges and comedy clubs from Boston to San Francisco, and in all the fly-over states in between. His reputation as one of the best, most intelligent writers has made him a comedian in demand. This weekend he’ll be performing at the Comedy Caravan with his friends Brad Lanning and Zach Hale. —Brent Owen

Stand up for your (digital) rights! On Tuesday, Rebecca MacKinnon, former Newsweek contributor and CNN bureau chief, and co-founder of the organization Global Voices Online, will speak up for the interests of bloggers and “citizen media” worldwide. There’s no doubt the Arab Spring proved the democratic value of tech-savvy individuals bringing transparency to injustice on the streets and propaganda machines among the “news.” But you only have to look as far as the just-finished Communist Party Congress in China to see how diverging opinions face ever-more-creative forms of content censorship and restriction of access. MacKinnon, who is also author of “Consent of the Networked,” will speak on such international matters — and maybe also on the online world’s role in the recent U.S. election — in a forum for the World Affairs Council of Kentucky and Southern Indiana. —T.E. Lyons

“Art is a drop of happiness in our lives,” says M.P. Wiggins. With that kind of attitude, you can’t help but smile when you see her new mixed media compositions. The abstract acrylic paintings are collages, composed of layers of color with added items such as textbook pages, musical scores and stencils. “(Art is) a window of insight into a purely imaginary realm that touches our experience of reality,” Wiggins explains. “I try to open this window by creating surfaces that allow color to emerge from layers of paint and paper. I sometimes allow objects from the physical world to make their appearance: houses, animals, spoons, chairs. I am always striving to conjure a world in which beauty is paramount.” —Jo Anne Triplett

In a scene from satirical comedy and hipster darling “Portlandia,” Fred Armisen and Carrie Brownstein explain how to spice up your wardrobe/home/appliances, beautifying tote bags to toast with the refrain “Put a bird on it.” The same sketch could just as easily apply to Louisville, the Portland of the South, with one simple substitution. Flasks, coasters, pillows, T-shirts — Derby City has one solution for any bland object: ”Put a fleur de lis on it.” Local businesses incorporate it into their logos; murals splash it across our city’s walls. Even our trashcans bear the three-pronged motif. Louisvillians are obsessed with the stylized flower, a symbol of our French origins and joie de vivre. Bearno’s by the Bridge celebrates the image at its latest exhibit where, from paintings and drawings to photographs and mixed media, 12 local artists put a fleur de lis on it. —Jennifer Harlan

‘The Art of Indian Textiles’

India should win the award for most colorful country. The people’s love of vivid blues, oranges and greens is reflected in their beautiful textiles. With the addition of ornate and mesmerizing patterns, the cloth makes for outstanding saris and other clothing. Crane House worked with Louisville’s Indian population, the largest Asian community in the city, to produce this exhibition of textiles for the Asia Institute. Many of the pieces are from the collection of designer Bharat Parekh, who works in a traditional hand-process to create the textiles (his business will soon include a Louisville store). Also in the show are cases of jewelry, including a mangal sutra, a necklace that’s a woman’s symbol of marriage. Many of the pieces are in gold, as Indians wear more gold than many other nationalities. —Jo Anne Triplett