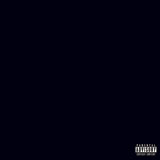 I adore Miles Davis’ music, but he was a deplorable human. His art, however, forces a hard line to be drawn between stage or studio and life. Lupe’s no Miles. Appropriately choosing his last name, Fiasco is a pompous ass who knows no humility and overestimates his intelligence. His management should remove his access to all media. That said, the SOB can rap his ass off. After the abomination of label interference called Lasers, Lupe got to make his own record this time. Only one concession, “Battle Scars,” sullies the otherwise excellent offering. Sure, I could quibble and argue bars (his declaration of not believing in voting, his referral to Obama’s White House as “hood now,” and other inanities), but damn it if, in spite of it all, Lupe has turned in the record of his career.