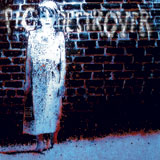 After four top quality albums of grindcore, Pig Destroyer are still the same riff-intense act, a rarity in a genre that relies more on speed than substance. Book Burner is monstrous, endlessly raw to the bone and vitriolic in every moment. J.R. Hayes’ eloquent lyrical exploration of misanthropy, politics and introspective reflections are perfectly married to unhinged vocals: a rare punk poet, if there is such a thing. Guitarist Scott Hull orchestrates madness, an ever vicious re-combiner of punk, death metal, thrash, and sludge into a hellish Molotov cocktail lighting the songs ablaze in fury. These are raucous one-minute-or-less burners, with the exception of mini-epic “Permanent Funeral,” which builds from their best Slayer-esque riffs into an aboding wall of lethal grooves. Listen at your own risk.