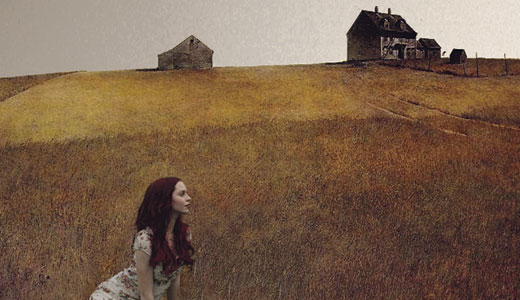 I was in the Infield at Churchill Downs on May 4, 1968, when Dancer’s Image won the Kentucky Derby. Picked him, bet him, and cashed for $92 on a $20 bet. But like 100,000 other fans at the track that day, I had no idea the Dancer’s Image Derby story was only just beginning.

On the Monday following the race, Churchill Downs announced that Dancer’s Image had tested positive for the prohibited anti-inflammatory medication phenylbutazone and was disqualified. Calumet Farm’s Forward Pass, who finished second, was declared the winner of the 1968 Kentucky Derby. (Those who bet Dancer’s Image got to keep their winnings. Phew!) But the mystery that unfolded after that — Who did it and why? Was the horse really drugged? Could the race victory be legally snatched from the winner? — played out over five years as the longest-running Derby drama in history. Dancer’s Image won the Derby, then lost, then won … and finally lost.

Why would a positive test provoke such questions? Well, for one thing, Dancer’s Image didn’t give himself the medicine. A few days after the astonishing story broke, Courier-Journal writers Billy Reed and the late Jim Bolus tested the security in Barn 24. The pair snuck past a sleeping guard and into Dancer’s Image’s stall. They pet the gray horse. The reporters had stopped at a White Castle on the way to the track. They blew up an empty paper sack and popped it right by the guard, who still didn’t wake up.

And that’s just a tiny tidbit of the tale.

Then comes the new 888-page “Equine Regulatory Law” by Louisville attorney Bob Heleringer, who teaches a course in racing law at U of L. The book is a case law text that casual readers couldn’t get through in a year — if they wanted to.

But this reader turned right to Chapter 6, which delves into — guess what? The Dancer’s Image case! Unfolding over 46 fascinating pages, Heleringer takes us through the case as it played out through Kentucky courts — and established lasting racing law.

Barry Bernson’s fans will dig the longtime feature reporter’s new memoir, “Bernson’s Corner: A Reporter’s Notebook.” Bernson, who recently retired from WDRB-TV, got his storytelling start at WAVE-3, where he and video photographer Larry Sales set out to find “Wave Country” features about interesting people and the things they do.

“We found Miss Valda Russell, the last teacher in a one-room schoolhouse in Casey Co., Ky.,” recalls Bernson. “We found a guy who had trained a 1,600-pound Palomino horse named Butterscotch to drive a refitted blue 1962 Lincoln Continental. (That one’s included on a DVD that comes with the book.)

“In Chicago I found a guy who had collected every known recording of the Cole Porter song ‘Night and Day’ … And in Lexington, I found the weirdest of all: a urologist who had collected odd-shaped gallstones and kidney stones removed from the innards of his surgical patients.”

Bernson’s stories reflect the fun of life — and that’s what people like best about him.

The coffee table book of the season might be “Belgravia Court: Old Louisville’s Premier Walking Court,” by Shawn Fields Williams. Williams and photographer Dan Colon walk the reader past elegant stone and brick homes, then go inside to reveal their remarkably detailed interiors. The photos are a bit crammed together, but then again, the residences are built urban-close — standing together to present Belgravia Court as an enduring reminder of a another time.

Another fine art book is “Peter Williams Retrospective: Paintings and People Dear to Me,” a collection of paintings by renowned Louisville horse racing artist Peter Williams.

Newly published, but shot years ago, is “Rough Road: The Kentucky Documentary Photographic Project 1975-1977,” by photographers Bill Burke, Bob Hower and Ted Wathen. Black and white images of life along the “rough roads” of blue highways. Recently, Hower and Wathen teamed with John Nation to create images for the excellent “Parklands of Floyds Fork” book.

Louisville writer Lynnell Edwards’ most recent volume of poetry is “Covet: Poems,” which is sprinkled with little images she wrote for the Locust Grove Fall Antique Show: What some girl kept there, veil and gloves, silver candlesticks, stitched gift of ring and ring and ring. In her previous “The Highwayman’s Wife,” Edwards penned — “Last Call: Mint Julep”: Make it despite impossible odds, trifecta of sugar, sweet mint, bourbon tipped over ice, sipped slow. Then wait for the rush and burn, that horse no one suspected, that six-furlong finish, your goddamn luck that will never run out.