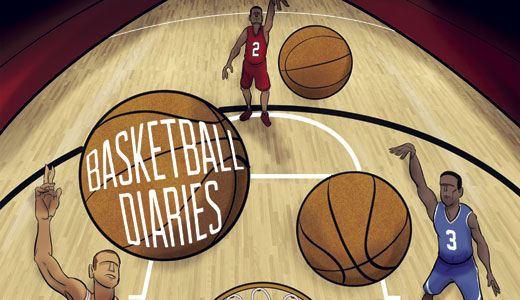 There’s something magical about this time of year, and it has nothing to do with the vibrant leaves, crisp autumn air or impending holiday season. It’s a time when one’s college basketball team of choice is presented with a blank slate: no heartbreaking losses, no season-ending injuries, no NCAA violations. For top-ranked teams, there’s the luxury of confidence. For underdogs, there’s a burning desire to prove the prognosticators wrong. But above all, it’s a time to bask in the possibility of what lies ahead.

Lucky for local hoops fans, there’s reason to believe this season will bring unbridled elation: The Associated Press preseason poll places Indiana in the top slot at No. 1, followed by No. 2 Louisville and No. 3 Kentucky. It’s an obtuse triangle of basketball domination, and there are sure to be shrieks of joy, aggressive high-fives and awkward embraces among fellow fanatics throughout the region.

But in the end, there can be only one NCAA champion. In the pages that follow, three sages of the sport argue why their team has what it takes to win it all. —Sarah Kelley

Sages of the sport speak:

No. 1 Indiana: We’re back, baby — By Bill Doolittle

No. 3 Kentucky: Same as it ever was — By Evan Hilbert