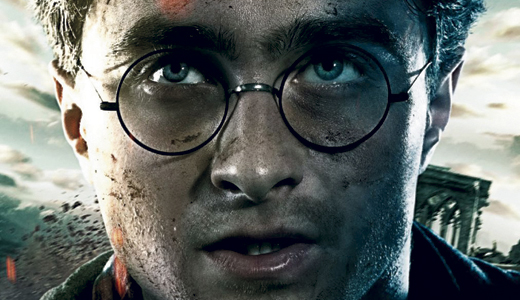 HARRY POTTER AND THE DEATHLY HALLOWS PARTS 1 AND 2

The final Harry Potter tale (or so J.K. Rowling tells us), wisely broken into two films by director David Yates. The darkest and most violent part of the series, many characters die or are maimed for life as the ruthless Voldemort seeks to kill Harry to solidify his power. Meanwhile, Harry, Hermione and Ron are blindly searching for the basis of Voldermort’s immortality, protected only by their innocence in a world gone mad with fear. One warning: Watching these will make you want to re-watch the entire run (which we did, gladly). A fine close to a thoroughly entertaining series, and a must own.

TURN ME ON, DAMMIT!

Better know as “Ex Inferis,” this ragged Italian “cabin” flick touches all the bases: A group of friends goes to spend some time at a secluded woodland home, blah blah blah. Yeah, it’s been done before, but the Italian sensibilities really add some spice. Fun; with cast members from “The Tourist” and “Stealing Beauty.”

Hands down, the most mesmerizing eight-and-a-half hours of TV we ever saw — we’re actually watching it a second time right now! Sixteen of the world’s most intelligent and passionate people talk about their vision for America. Frankly, you may never have heard of many of them — Noam Chomsky and Cornel West, for example — but you will never forget how clearly they see the world, and how brilliant and game-changing their ideas are. We’re serious: Don’t watch this unless you are ready to take charge of your life and change the world forever! From Moyers’ long-running PBS series.

A somewhat high-budget found-footage flick set in the radiation-scarred ruins near Russia’s still lethal dead nuclear plant. A group of young adult “atomic tourists” are stranded in the desolate former city of Pripyat, where Chernobyl workers once lived, and — dumm-dumm-DUMB — they are NOT ALONE! We’ve seen worse. From the pen of Oren Peli, who also wrote “Paranormal Activity.”

KATI WITH AN I

This very simple doc has become an art-house/Facebook darling thanks to its intimate reach into the life of an average girl about to graduate from an Alabama high school. With just three days left before joining the adult world, absolutely nothing seems to working out, and young Kati desperately needs the support of family and friends, but none seem to be there for her. Breathtaking.

We don’t want to like these silly “Madagascar” films, but — damn! — they are addictive! The colorful, wise-cracking crew of misplaced zoo critters this time invades the casinos of Monte Carlo, reminding us of The Marx Brothers in their prime: non-stop wisecracks, double-takes, slap-stick humor, and a frenetic pace built on well-defined characters and exaggerated pratfalls. What can we say? We’re just kids at heart. Join us!

While there are a lot of big names in this indie outing (Bruce Willis, Edward Norton, Bill Murray, Frances McDormand, Tilda Swinton, etc.), the stars are two 12-year-olds who fall in love and decide to live their lives together, alone and away from the world of 1965. They are discovered missing just as a storm rolls into their New England island home, but it’s really an unnecessary plot device: It is the youngsters’ intelligence and simple innocence that makes it so much fun. Recommended.

NOBODY ELSE BUT YOU

A wonderful, offbeat French thriller that will remind you of “Fargo,” or maybe “Twin Peaks.” Originally titled “Pou-pou-pi-dou,” it centers on beautiful Sophie Quinton, an actress who believes herself to be the reincarnation of Marilyn Monroe. Uh, and like Monroe, she’s already dead. This draws the attention of struggling crime novelist Jean-Paul Rouve, who travels to a remote frozen village to research her murder, turning up a very improper mystery. Guaranteed to entertain.

Better known as “O-ssak-han Yeon-ae” (“Chilling Romance”), this South Korean romcom/horror-flick is wonderfully spry and original. A young street magician teams with an odd but beautiful girl, and their impromptu spooky magic shows become a sensation. But when he discovers that her best friend is a g-g-g-ghost, will his jealously at their ethereal connection doom the act — and budding romance — forever? Well worth your time.

One of our favorite guilty pleasures, now available on a Collector’s Edition Blu-ray. Jamie Lee Curtis and her med-school graduating class throw a costume party aboard a train where a demented killer lurks. Co-stars classic character actor big Ben Johnson, with D.D. Mathews (before she changed her name to “Vanity”), and magician David Copperfield; directed by Roger “Tomorrow Never Dies” Spottiswood. Just another dead teenager movie? Not on your life! Filmed aboard an actual moving train by Kubrick cinematographer John Alcott.

The less said about this awful Adam Sandler/Andy Samberg “comedy” the better. Just say no.

Kiefer Sutherland’s follow-up to “24” finds him the haggard single dad of a child who refuses to be touched, or even acknowledge that his father is in the room. But then dad discovers that his son may be in tune with the universe in a way that other humans cannot imagine. We like this drama’s Fortean sensibilities, but it has had a hard time finding its audience. Check it out.