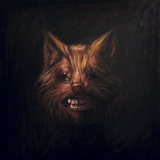 Their second-longest double LP, The Seer is one of aspiring musical range. Not since 1996’s Soundtracks for the Blind (their last record before a 14-year-long absence) has Swans compressed their spanning career in such a vigorous manner. Alternating in styles, The Seer holds several extensive breaths in tracks like “A Piece of the Sky,” a gradual piano-stroked drone that’s modestly psychedelic. Some guests bring new voices into the mix, including Akron/Family and Karen O singing “Song for a Warrior.” “The Apostate” dissipates any remains of sweetness left behind in a wall of frantic, heavy percussion and tar-drenched riffs. Meanwhile, Michael Gira howls along like a crazed Santerían chief. Punctuate that with a thundercloud of basketballs and bullet shells, and Swans steadily move onto another chapter of The Seer. The madness retains control.