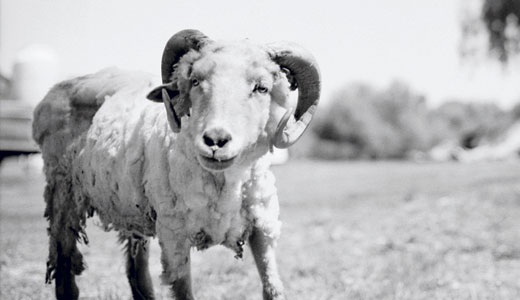 Oh, politics. Who needs it? While I’m certainly going to vote, I can’t wait until Nov. 6 is over and done with so we can get back to important issues like “The Bachelor” and who Taylor Swift is dating. The folks at Alley Theater are also tired of the political shenanigans, so they’re going to make fun of it all in “Electile Dysfunction,” a long-form improv performance that combines the excitement and frustration we feel when we learn some of our Facebook friends are Republicans. Just kidding about the FB thing, but it is a spoof on all things politics, and each night two candidates will present their case to the audience. They’ll be grilled by the media and participate in a debate in a production that’s equal parts scripted, improvised and interactive. —Sara Havens

It worked so well the first time that the Louisville Ballet is bringing Studio Connections back again. With the premise of “no opera glasses needed,” it is their way of making ballet riveting and action-filled by dancing in their rehearsal studio space. The full company will be performing both classical and contemporary dances in solo, pas de deux and ensemble works. Dancing their original pieces are Rob Morrow in “Rainbow Connection,” “Apollo and Daphne” by Ben Needham-Wood, and Ballet Mistress Mikelle Bruzina in “Harmony of Contrasts.” The classical selections are from Bournonville’s “La Sylphide” and “Flower Festival” as well as Petipa’s “Sleeping Beauty.” Matinees are being offered to middle and high school students. —Jo Anne Triplett

One thing your workday should absolutely include today? Lunch at Metro Hall. Seriously, ditch the stuffy office and follow the melodic strumming of the Sudanese Rebaba Project. This group of Sudanese refugees will fill the mayor’s gallery with sounds and stories of their lost homeland. War, peace, love and grief all wind their way into Rebaba’s music. The Sudanese Rebaba Project has united war-displaced Sudanese who now live in Louisville and share an interest in building rebabas, a musical instrument similar to a banjo. Many members played the instrument while living in Kenyan refugee camps. This performance marks the second event in Mayor Fischer’s monthly live music and art series. It’s free and open to the public. —Anne Marshall

It’s the final countdown, y’all, and the Land of the Free is boiling over with excitement and rage. Even the theater world is joining the insanity with the biggest election-themed theater project in history, which depicts all 44 presidents in two-minute short plays. Theaters all over the country are doing this show, and they’re going to compile a video from 44 of the productions, including the Bard’s Town’s, so it is certainly a Louisville theater-goer’s civic duty to support them. “We need to throw history at the madness of the presidential election cycle, because nothing stifles temporary insanity like history,” says Andy Bayiates, festival co-chair and co-writer of the show. “It reminds us of our power as voters and our ability to weather strife as a people.” —Jane Mattingly

Ready, set, create! Instant Installation Invitation is a live art competition. We get to watch as 10 artists create sculptural installations in one hour out of who-knows-what (they’ll be given objects to work with). As this is the first time Stengel Hill Architecture and the Kentucky School of Art have sponsored this competition, it’s a safe bet it will be a fun free-for-all. Viewers will vote on which of the works deserve the big money. The 10 artists vying for the prizes include Nick Baute, Craig Bayens, Aron Conaway, Monica Mahoney, Rob Ronk and Matt Weir. Doors open at 7 p.m., the competition begins at 8, and the awards will be presented at 9:30. Live music by Matt Anthony. —Jo Anne Triplett

Tired of the political rhetoric yet? And by “rhetoric,” I mean the bullshit that has been inundating your cerebrum from every direction mass media can seem to muster. If you’re filled to the gills with bovine excrement, then hit The Bard’s Town Friday for a send-up of the two presidential candidates we’ve gotten to know so well this election season. As usual, the roast is brought to you by the crew at Young, Dumb, and Full of Comedy, with Sean Keller as ol’ Mitt and Sean Smith as POTUS. As usual, they will have a classy dais of their esteemed comrades, like Sarah Palin, The Ghost of Osama bin Laden, Rush Limbaugh and Bill Clinton. —Brent Owen

Depending on your bent, the name McQueen brings with it associations of either rugged, laconic charisma or brilliant avant-garde design. Sleazy, as a name or any other qualifier, pretty much means Sleazy. It’s how nonbelievers feel about many DJs, especially those rockists mostly familiar with the Pauly D-style DJs known to the mainstream. In this case, Sleazy McQueen is a nice Southern fellow, now Orlando-based, who spins disco and house on vinyl only, both solo and with the Tres Gueros collective. He also “manhandles edit label Whiskey Disco, a sneaky re-edit label bent on dredging the decanter for diffident dancefloor genius from latent disco perpetrators,” according to a cheeky bio. Joining him at Z-Bar is Vincent Vinnicombe, aka Vins, a British hometown pal of current Louisvillian JP Source, who also spins tonight, and OK Deejays. —Peter Berkowitz

The Cinderella story has its roots in Europe. The Rossini opera “La Cinerentola” gave the old tale a musical setting, but it is Jacques Massenet’s 1899 opera “Cinderella,” presented Friday and Sunday by the Kentucky Opera, which lent its plot to the famous Walt Disney movie and provides the now familiar story: The poor housemaid Cinderella left behind (“Stay by the Hearth Poor Cricket”); but a Fairy Godmother (Angela Mannino) appears with magic glass slippers, and Cinderella, too, is off to the ball to fall in love (“Prince Charming You Are, Oh How True?”); then escapes in her carriage in just the nick of time (“Upon the Stroke of Twelve I Flew”). Araina Chris stars as Cinderella. Sung in English. —Bill Doolittle

In 1990, Kenny Ausubel — farmer, author, entrepreneur — coined the term “bioneers” to describe innovators seeking to “inspire a shift to live on Earth in ways that honor the web of life, each other, and future generations.” Since then, a national Bioneers Conference has been held annually, and for the fourth year, Louisville is hosting its own satellite conference. Bluegrass Bioneers will present televised portions of the national event, as well as films, live music and speakers, including Llewellyn Wells, founder of the sustainable development nonprofit Living City Block, and Guy McPherson, author of the blog Nature Bats Last. Keynote speaker Chris Martenson, an expert on the interconnectedness of economics and environment, kicks off the local conference a day early on Nov. 1; the cost for this event is $25, which includes dinner … locally sourced, of course. —Sarah Kelley

Now in its fourth year, the Good Folk Festival offers plenty of local and regional culture — as well as a few from parts unknown — from craftspeople to artists to musicians to writers and even cartoonists. Really, it’s a catchall for anyone with unique and creative ideas, which is kind of what makes it so, well, unique and creative. The list of exhibitors is pretty much off the charts, in fact, and the music lineup is wide ranging to the point of including the surf/duo-punk of The Smacks! to the thoughtful folk-country leanings of Joel Henderson. It all goes down this weekend at the Kentucky Center for African American Heritage. Bring an open mind and be prepared to hang out with some genuinely good folks. —Kevin Gibson

Attention, Bellarmine University: There’s a goat in your gallery. “Aries” is just one of the images included in the school’s third annual Photography Invitational Exhibit, which features the work of Sharon Lee Hart, Rosemary Jesionowski and Annie Langan. The Invitational brings together local and regional work that is engaging and makes creative use of photography and photo-derived media. Hart’s “Sanctuary: Portraits of Rescued Farm Animals” showcases animals who were rescued from slaughterhouses, meat markets, laboratories and cockfighting, turning their fuzzy faces into incredibly human and emotionally riveting works of portraiture. Jesionowski focuses on place, using map imagery and satellite photography to explore human relationships with location and identity. Finally, Langan rounds out the exhibit with a series of vibrant panoramas, which examine people’s relationships to nature and to each other. Sir Elton John himself owns one of Langan’s pieces. —Jennifer Harlan

After releasing a few EPs and a promising studio album of solo recordings called The Mistress, Wisconsin lad turned New Yorker Alex Schaaf had to put together a real live indie rock band (drummer Michael Tapper and multi-instrumentalist Jon Natchez, who has played with Beirut and the Antlers, and plays 11 different horns on the record, in addition to bass) to play live and tour. The resulting follow-up full-length, Strange Land, is the opposite of a sophomore slump. Melodic yet forceful, driving while thoughtful, part Beatles and part Strokes and part college yelping, Yellow Ostrich arrives in Germantown just in time to distract you from worrying about whether those goshdamn Ohioans are going to ruin your November (and subsequent four years/life). —Peter Berkowitz