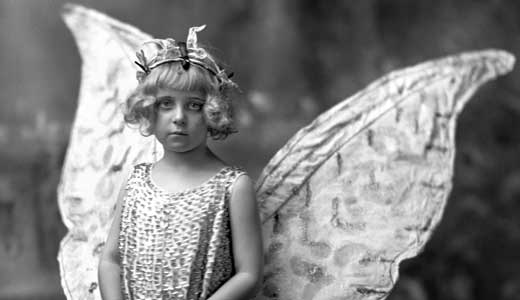 Kentucky Center For the Arts

When your work is deemed good enough to be accepted as the house band for the excellent, Jay, Bey, Questlove and Fresh Prince-produced “Fela!” Broadway show, you know you’re doing well. Antibalas, the monstrous Brooklyn-based crew comprised of various members of the Daptone bands and their affiliates, is second only to the sons of Fela Kuti in continuing the drive and pulse of Afrobeat. Their latest album, produced by Dap-King Gabriel Roth (also the band’s former guitarist), sounds as if it was recorded in Lagos, not Bushwick. Who Is This America, from 2004, is a masterwork, a collection as haunting as it is funky. Their stage work is even stronger than their records. Sure, it’ll be chilly outside, but wear something loose, ’cause you’re gonna work up a sweat. —Damien McPherson

American women must still endure right-wing attempts to control their uteruses. Ah, politics these days. But a new book with a severe title — “The End of Men” — argues that, in fact, women are poised to dominate our historically patriarchal society. For one, author Hanna Rosin points to our vastly changing economic landscape. Case in point: three-quarters of the 7.5 million jobs lost in our current recession were once held by men. No one should celebrate this, of course. But with a host of statistics and anecdotal stories, Rosin lays out the radically shifting dynamics between the two sexes, explaining the implications for marriage, sex, work and more. This evening, Rosin will discuss her book at the Main Library. The event is free, but tickets are required. —Anne Marshall

Truly a musician’s musician, Tim Kasher has fronted Cursive since 1995, guiding them through seven albums, one break-up, and one temporary hiatus. A part of Saddle Creek Records’ Omaha, Neb.-based bracket, Cursive truly came on the scene in 2003 with the seminal album The Ugly Organ and its single “Art is Hard.” From there, the band continued to expand their Omaha indie rock sound with the addition of a five-piece horn section on 2006’s Happy Hollow. Now, back to basics here in 2012 with raw guitar rock, the band has produced Gemini, an album reminiscent of former tour mates Interpol. To hear all these different versions of Cursive, head to Diamond Pub on Thursday. For art may be hard, but Cursive makes it look easy. Locals The Foxery open the show. —Kelly Kettering

For the first of what will hopefully be many festivals, the Clifton Center’s executive director, John Harris, called on Duke Ellington’s thought that, “There are two kinds of music — good music, and the other kind.” Both big and rising names in fun, classy entertainment will play on three different stages throughout the complex, starting with lifer bluesman Taj Mahal on Thursday. Locals Tyrone Cotton, Joe Manning and Steve Cooley & Friends join the rest of the line-up, which also includes influential jazz guitarist Bill Frisell, bluegrass’ The Boxcars, Brazil’s Trio Brasileiro, young Americana duo Shovels & Rope, Cajun dance band Feufollet, and Seattle country band Zoe Muth and the Lost High Rollers. A BBC cash bar and local food vendors will also be participating. Tickets are available at Carmichael’s Books and the Clifton Center. —Peter Berkowitz

Warren Oates was a genuine Kentucky badass. Born in the small, coal-mining town of Depoy, he went on to study acting at the University of Louisville, before becoming one of the go-to character actors of the ’60s and ’70s. A face that could morph from textbook handsome to kind of goofy, it was Oates’ country grit that shined through most, earning him a slew of early TV roles on long-running Westerns, like “Wagon Train,” “Rawhide” and “Gunsmoke.” His later film appearances would include roles in man’s-man classics like “The Wild Bunch,” “Badlands” and “Stripes.” The actor, who died in 1982, will be honored during the opening of the fourth annual L.I.F.F., where he will be inducted into the Kentucky Legends of Fame, planned for downtown Louisville. —J. Christian Walsh

‘Much Ado About Nothing’

In their first full Shakespearean production, Looking for Lilith Theatre Company flips the all-male Elizabethan stage tradition by casting all women. “Much of the banter between Beatrice and Benedick revolves around not only their wit but also society’s expectations of what the roles of men and women should be,” director Kathi E.B. Ellis says. “This dynamic also includes the more conventional relationship between Hero and Claudio — and how that destructs when male-female expectations are abrogated, albeit through trickery.” They mix it up even further by setting the play post World War I, a huge time of change for women in America. In the LFL tradition of “re-examining history through women’s perspectives,” they’re covering a lot of ground with this one. —Jane Mattingly

The Louisville Orchestra opens its 2012-13 subscription concert season Friday night at the Brown Theatre with a performance of Dvorak’s “Seventh Symphony,” with Peter McCaffrey appearing as soloist for Saint-Saens’ “Cello Concerto No. 1.” The orchestra skipped a year of playing last season amid a protracted effort to downsize the symphony and its payroll, but now has a one-year contract in place and will try again to celebrate its 75th season. Concert-goers, at least, should be happy to see the ensemble back in action. The Saint-Saens concerto is a favorite of virtuoso cellists, venturing from bottom to top of the instrument’s register. It is written without breaks between the three movements, and flies at the end. Jorge Mester conducts. —Bill Doolittle

‘Lady of the Camellias’

When I think of camellias flowers, I don’t think of a beautiful plant but a signifier for a tragic love story. I recently saw the Greta Garbo movie “Camille,” and the flowers should have gotten a film credit. But “Lady of the Camellias” (aka “Camille”) may put you in a mood you prefer. The Louisville Ballet’s 2012-13 season opener is based on the oh-so-French novel “La Dame aux Camellias” by Alexandre Dumas fils. The plot centers on a Parisian courtesan Marguerite and her lover Armand. The choreography is by Val Caniparoli, who is best known in these parts for his production of “The Brown-Forman Nutcracker” performed since 2009. “Lady” was his first full-length production he choreographed in 1994. It’s a company premiere for the Louisville Ballet. —Jo Anne Triplett

It’s raining art fairs, halleluiah! And I just noticed your yard could use a lawn ornament or 12. Perfect timing! Of course the city is buzzing about the St. James Court Art Show this weekend (stjamescourtartshow.com), and there’s also the Nunnlea Craft Fair over on Hurstbourne (nunnlea.com), but the Unfair is where the cool kids go to buy reasonably priced art minus the pretentious attitudes. Best of all, it’s at a bar. Now in its 15th year, the Unfair features more than 20 local artists, including Suzanne Edds, Judson Baker, Gary Bell and Paul Harshaw. The show specializes in alternative, lowbrow outsider art as well as blown glass, pottery, jewelry and screenprinting … and hopefully lawn ornaments. —Sara Havens

The New York Times says it’s “inordinately delicate” and “extraordinarily beautiful,” at times resembling “a Beckett play recast as a mumblecore movie.” Well, you had me at “mumblecore” …

“The Aliens,” by Obie Award-winner Annie Baker, tells the story of three misfits who bond over an appreciation of Charles Bukowski and, more importantly, their shared alienation in the world. Set in the break area behind a Vermont coffee shop, the minimalist three-man show hinges on sparse yet poignant dialogue dotted with striking stretches of silence. According to director Mike Brooks, “This play takes its time and gives the audience a chance to deeply observe a tiny human evolution.” Sounds like a fitting pursuit for the innovative Theatre [502]. —Sarah Kelley

In 1936, the documentary film “Tell Your Children” had the best of intentions: to help parents understand the dangers of marijuana so they could keep their children safe. The over-the-top film got a name change to “Reefer Madness” and later became an example of religious-right exploitation and, actually, something of a classic. Now there’s “Reefer Madness: The Musical,” a hilarious song-and-dance send-up of the original musical, which was first brought to the stage by creators Kevin Murphy and Dan Studney in Los Angeles before being brought to an off-Broadway theater in 2001. It follows the story of two wholesome teens who fall into a reefer den by way of risqué swing-jazz music, a slick pusher named Jack, and his depraved girlfriend Mae. For Jimmy, it all spirals out of control when a dancing and singing Jesus shows up. Poor Jimmy. —Kevin Gibson

The two exhibition spaces in the Firehouse Gallery will soon be filled with Jenny Zeller’s “photoRESINation” and the “13 ARTISTS: 13 Points of View” group show. What they have in common is a group of artists who, in the words of member Sally LaBaugh, “met monthly to openly criticize each others work.” Being an artist is not for wimps! As a photographer, Zeller mourns the loss of processing film. Adding encaustic to the creative mix helps her by “replacing (the) layers created in Photoshop with encaustic wax (to) bring back the physical, organic quality the darkroom once provided.” “13 Artists: 13 Points of View” is exactly what it says. Expect multiple points of view in many media. The artists’ reception is during the Oct. 5 First Friday Trolley Hop from 5-9 p.m. —Jo Anne Triplett

U of L’s Comstock Hall

Almost 40 years after their founding in Hungary by the then-young foursome of first violinist Gábor Takács-Nagy, second violinist Károly Schranz, cellist András Fejér, and violist Gabor Ormai, the Takács String Quartet has become a global institution, now based in Boulder, Colo. Schranz and Fejér remain, and first violinist Edward Dusinberre and violist Geraldine Walther (an American) have rounded out the group. They visit U of L for a special performance sponsored by the Chamber Music Society of Louisville (the event is free for CMS subscribers). A pre-concert lecture will be held at 2 p.m. in the campus’ Music Building, room 130. At 3 p.m., they will perform Hayden’s “String Quartet Op. 76 No. 5,” Britten’s “String Quartet No. 2,” and Dvorak’s “String Quartet Op. 96.” Moshing is not suggested. —Peter Berkowitz

For artists, inspiration comes in many forms. One sure fire way is to glean ideas from art of the past. U of L’s Photographic Archives, celebrating its 50th anniversary as one of the top photographic depositories in the country, invited artists to display their work alongside the historical images that inspired them. With more than 2 million images, the archives is a treasure trove of information, housing documentary, historical and fine art photographs, including work by Ansel Adams, Dorothea Lange and Edward Weston. The exhibition, curated by Elizabeth Reilly, shows how nationally known photographer Shelby Lee Adams was inspired by one of his mentors, Clarence John Laughlin. Many Louisville/Southern Indiana artists — a who’s who of local talent — are also included, such as C.J. Pressma, Mary Carothers and Bill Luster. —Jo Anne Triplett