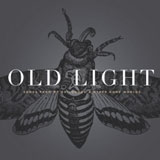 Fiddler Rayna Gellert is known for her playing with the modern old-timey group Uncle Earl (which also included Abigail Washburn, and whose last record was produced by Led Zeppelin’s John Paul Jones; both remain fans and collaborators of hers), and for work with Scott Miller, Sara Watkins and Robyn Hitchcock. On Old Light, subtitled Songs From My Childhood & Other Gone Worlds, Gellert takes all she’s learned to date (including inspiration from musical parents) to turn out a world-class collection. Louisville’s own Nathan Salsburg helped arrange much of the album, and it balances old traditions with new energy and freshness. Like Gillian Welch and friends in Tennessee, Gellert’s North Carolina-based crew brings beauty and sadness, simplicity and widescreen sonic effects, together in a way that should — but sadly, doesn’t — define modern American music.