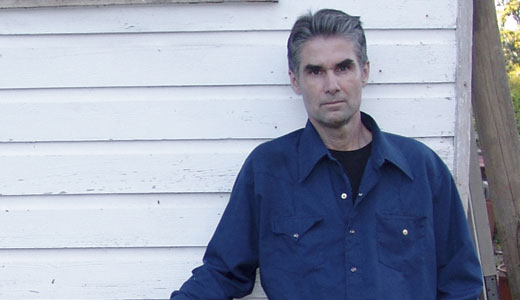 Jim White is a singer-songwriter who spent the first 10 years of his career with the weirdos at Luaka Bop, crafting nu-Americana with unique production from the likes of Morcheeba and Sade’s Andrew Hale. He more recently collaborated with Joe Henry and Aimee Mann, among others, before joining the Yep Roc label.

The music may be a little less oddball now, but the stories still stand. His latest, Where It Hits You, chronicles the dissolution of his marriage halfway through the album’s creation. Even through the heavy, White’s perspective keeps things fresh and a little slanted. LEO’s interview felt like a porchside conversation.

Jim White: I’ve lived a marginal life in many ways — under employed, poor, misguided romantically — and the characters in my songs reflect that arc. You might call them “marginalites.” When I hear (Greil Marcus’) “old weird (America)” term, it reminds me of a chapter in Richard Grant’s book “American Nomads.” He suggests that the machinations of time and circumstance have left scars in the psyche of the poor South that have led to an indelible distrust of authority. That’s part one of what I think makes the South the erratic, ecstatic region that it is, and what I find compelling in it. Desperate people are usually more “alive” than comfortable ones.

Part two is my own whackadoo theory. I got attacked when I was a kid by a demented St. Bernard dog, 200 pounds of slobbery fury. Tore a hole in my leg and would have castrated me if I had been a step slower. The owner said the dog suffered from “canine dementia” as a result of the oppressive heat and the dog’s genetic makeup for cold weather. Apparently the vet told the man cold-weather dogs frequently lose their minds in sub-tropical environments like Pensacola, where I grew up. Grant’s book returned that memory to me and made me think about the Scotch-Irish, who also were not engineered genetically for the intense heat and humidity that is the centerpiece of Southern life from March to November. So I think the heat takes an already unstable predisposition and amplifies it, expanding the amount of erratic, eccentric, often downright lunatic behavior that the South is known for.

LEO: How is your songwriting process different now than when you started?

JW: In some ways, it hasn’t changed much. I’m not the type who writes as he goes, penning songs in the laundromat and the grocery store, so years will pass when I don’t write a song; then, in the course of a year, I’ll sequester myself and write dozens of songs — some good, some bad. As I get older, I grow less concerned with demanding eternal originality from myself. I did that for a long time, refusing to consider using any material from discarded songs.

This last record, I found myself revisiting songs that failed for some reason or another, and in coming back to them, I saw clearly where I went wrong and how to rectify that misstep. “Sunday’s Refrain” is like that. The first verse is from a song I wrote when I was 20 years old. It never made sense back then, but now I understand what I was trying to get at.

Sometimes it takes a decade or two for an idea to shake out, and the more decades you get under your belt — and I have a few at this point — the more opportunities you’re offered to resolve previous unsolvable conundrums.

The full transcript can be read at bluecat.leoweekly.com.

Jim White with Alex Wright & the Maven Down