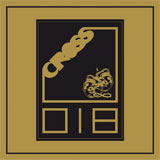 Ma Turner and R Clint Colburn immediately stepped into the touring lifestyle shortly after becoming a band. Later, Louisvillian Peter Townsend joined. This experience conceived the groundwork for Die Forever, the Lexington heroes’ debut full-length. In its reoccurring theme of death, the album plays underneath a dingy haze, in a dimension through which CROSS communicates; their lyrics speak from the perspective of the afterlife. Death is no big deal in “Die Rock,” as Colburn bordly chants “dying, dying, dying,” but CROSS isn’t totally devout in gloom. “Forever,” a bluesy skeletal tale that foretells a fate “forever into the cross,” soon spirals into a feel-good Spacemen 3 vacuum of sound suction. It hangs about, like the suave delivery of Colburn over any level of cascading notes. In the vein of fuzz-fringed rock, CROSS doesn’t wring the feedback dry.