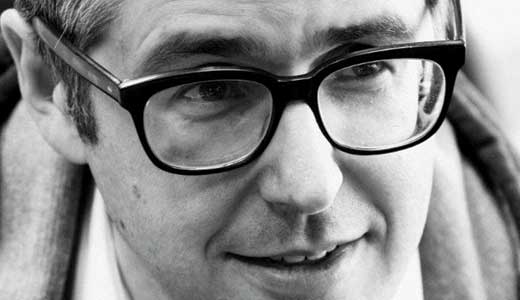 There are many things that people are (or claim to be) interested in that may seem pretentious to others, such as existential art films, European soccer/football, local organic produce, or even National Public Radio. To most, the idea of listening to a never-ending list of international tragedies on BBC News while chewing on raw vegetables from their backyard doesn’t sound like a relaxing weekend activity — rather an intellectual hazing one endures to get street cred (or attain liberal, progressive, upper-middle-class gravitas). “This American Life” with host Ira Glass — a weekly hour-long program from NPR’s WBEZ station in Chicago — hasn’t escaped such suspicion over the past 17 years of its broadcast.

In an episode of Fox TV’s “The O.C.,” Rachel Bilson’s character describes “This American Life” as “that show where those hipster know-it-alls talk about how fascinating ordinary people are” and lets out a disgusted sigh. Later, during a live taping of Episode 328, “What I Learned from Television,” Glass plays the clip of this pop-culture assessment to his own audience. Yet, instead of reacting with hurt pride or attempting to defend his life’s work, he does what he does best: tells a story. He admits to his love of the “teen soap opera,” how he and his wife would sit on the couch together and sing the theme song aloud, and how “when ‘The O.C.’ went off TV,” he cried and wasn’t “ashamed to admit it.”

It’s exactly this unaffected intimacy and stark vulnerability of “This American Life” and Ira Glass that continue to draw hundreds of thousands of listeners every week. In a medium that’s often described as dry, tedious or overly cerebral, fans of the show often develop sincerely personal connections to the contributors and stories that transcend typical interactions with news or entertainment.

And though it’s impossible to deny that listening to the show is considered fashionable among hipsters, it deserves more than the subtly pejorative term “hip.”

Skinny jeans are hip. Pomegranate juice used to be hip. Having a lustful crush on ginger thespian Damian Lewis is about to be hip. But “This American Life” is art in one of the most natural, human forms: the narrative.

The format is simple and often explained on air by Glass as “each week we choose a theme and put together different kinds of stories on that theme.” However, what emerges from this vague formula is more than common storytelling. As one listens to the show, especially over the course of years, the way in which one approaches, experiences and expresses narrative is deepened. “This American Life” is in itself a study of how we tell, hear and perceive narratives, and how these narratives shape our lives.

In a way, it’s also about radio itself, about how one of the earliest forms of modern communication is still relevant and vibrant. With all the technology present in everyday life, it’s comforting to be reminded of the innate power of the human voice. And Glass’ voice has proven to be transformative to his listeners and to the future of radio.

Regardless of the subject matter discussed on his show — the financial collapse of the banking industry, prison performances of Shakespeare, or a summer job at an amusement park — the stories are presented with honesty, respect, humor and poignancy. In fact, perhaps what “This American Life” does better than most radio programs with similar themes (or lack thereof) is to mediate the stories in a way that distills them to their essence and provokes the most profound reaction from listeners without seeming manipulated. Through flawless editing of interviews, sound clips, music and other audio, the narratives are woven together in ways that allow listeners to suspend their disbelief and fully engage in the material.

On Saturday, Louisville’s NPR news station 89.3 WFPL and the Kentucky Center present “An Evening with Ira Glass” at the Brown Theatre. Glass will perform his roadshow “Reinventing Radio” and guide the audience through the process by which these stories are chosen (or not chosen) for air and how they are crafted into master narratives. He will also discuss the ways in which the boundaries of broadcast journalism are still being explored and share behind-the-scenes anecdotes from the program. Tickets are still available. And yes, in case you’re wondering, all the cool kids will be there.