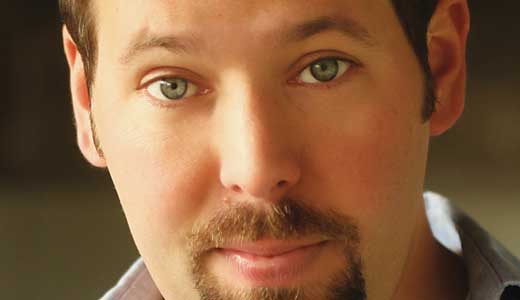 A decade and a half ago, Rolling Stone magazine deemed Bert Kreischer the No. 1 partier at the No. 1 party school in the country, Florida State University. That article — and dubious honor — inspired some Hollywood grunt to pen the college classic “Van Wilder.”

Kreischer has spent the intervening years performing in comedy clubs all over the country and appearing on a myriad of reality shows. The latest, Travel Channel’s “Bert the Conqueror,” has tested his limits on the wildest roller coasters on the planet. He returns to Louisville this weekend at the Improv.

LEO: Do you have any good memories of Louisville?
Bert Kreischer: Yeah, I had a blast … and the food in Louisville is absolutely ridiculous.

LEO: You being the inspiration for the character of Van Wilder — in retrospect, couldn’t they have found someone prettier than Ryan Reynolds to play you?
BK: (laughs) You know what? To be honest with you, I remember Ryan Reynolds from “Two Guys, a Girl, and a Pizza Place.” And I thought Ryan Reynolds was a Dane Cook rip-off when I watched it the first time. So when he was in the movie, I was like, “Man, you should’ve gotten Dane to play me.” But, as it turns out, he is the real deal, a super thespian … so in retrospect, I’m glad they got him to play me.

LEO: It’s funny, I remember when Ryan Reynolds was the little brother on the Nickelodeon teen soap opera “Fifteen.”
BK: What!?! I didn’t know he was a kid actor. Shut up! Mental note to Google …

LEO: When you were going through the partying days, how did your parents react?
BK: When the article came out, my dad called me and was like, “What did you do?” And I was like, “What do you mean?” He said, “I’ve got news crews camped out in front of the house … what did you do? Kill somebody?” I truly had no idea.

Quite honestly, I didn’t know I was going to be in the article at all; I thought it was about Florida State, and maybe I’d get mentioned. As I was talking to him, serendipitously, there was a knock on the door and it was the Fed Ex guy with a copy of the magazine.

LEO: Did he not get the clue after you’d been in college for six or seven years?
BK: It’s that parents’ denial. They were like, “One day, he’ll get a major. One day, he’ll figure out what he wants to do. One day, he’ll call with a job.”

LEO: Now that you’re looking down the barrel of 40, do you still party that hard?
BK: Uh … no. Well … I guess so, I’ve tamed myself down a lot — but I still make a cameo every now and then.

LEO: Was comedy something you always wanted to do, or was it just a natural progression from your reputation?
BK: It was something people always told me I should do. And once the article came out, a radio station gave me an opportunity to actually do it, and I loved it. After that very first time, I just knew that this is what I was going to be doing for the rest of my life.