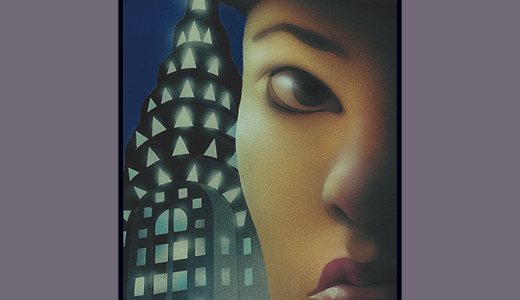 The opportunity to simultaneously dive into both history and mystery draws in many a reader. The appeal often is in seeing world-changing events from a perspective more personal and intimate than an encyclopedia or textbook. The events of December 1941 wrought changes all over the world — but one event that has stayed low on the cultural radar is now highlighted in the first of a series of mysteries being co-authored by former English professor Joanne Dobson and Louisville resident Beverle Graves Myers.

“We knew we wanted to deal with the Japanese internment at Ellis Island, because that just popped out when we started our research,” Myers says. On Dec. 8 — right after the Pearl Harbor attack — Japanese citizens from the New York area were arrested and held at Ellis Island. That’s an ironic destination to any reader who’s heard of the island as the welcoming station that processed millions of American immigrants — but as Myers found out, “some of those people stayed on Ellis Island for the duration of the war.”

The two authors will be signing their book at Barnes & Noble on Saturday. Part of how the pair came together is their common publisher — which led to some informal chats. Then, over coffee one day, the two began “sizing each other up. And we quickly realized we had a whole lot in common and had the same philosophy about how to write mystery and what makes a good mystery,” Myers says. “It wasn’t long before we became one of each other’s trusted readers — many, many writers have a couple of trusted readers who are also in ‘the biz’ and can give you some real feedback.”

So they pitched an idea to Poisoned Pen Press: “a series that would have a book for at least each of the war years.” All of these mystery novels will be set in New York. In the case of “Face of the Enemy,” the multiple characters at the center of the story include a nurse recently arrived from Louisville (Myers says, “I have the last word on her dialogue,” though both authors collaborate on all the characters); a young journalist from the Bronx; and an abstract artist who is admired by the New York art scene until her Japanese heritage leads to her arrest, the defacing of her paintings, and then murder.

This is a brisk read that’s filled with both warmth and depth — the former from its variety of characters, the latter from high-quality writing to add fascinating historical detail. And now, Myers says, “We’re working on the second book, which begins in February of 1942 with the burning of the Normandy — a luxury liner that was being refitted as a troop ship and it exploded in a terrible fire. It was a big deal, right there in New York harbor … And then there was ‘mob involvement’ … Lucky Luciano was trying to strike a deal with Naval Intelligence to provide protection for the waterfronts from sabotage if only he was let out of prison.” What would happen next is history … and mystery … and a book to look forward to.