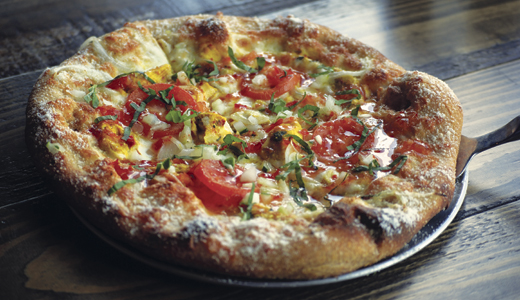 I would rather not over-share about this, and I’m pretty sure you wouldn’t want me to do that either; so let’s just say that a few years ago, I was invited to participate in a routine diagnostic exam that’s widely recommended for Baby Boomers as we slouch through middle age.

I might add that this procedure involves a form of mild anesthesia so soft and fuzzy and warmly relaxing that I’m pretty sure it would bring down SWAT teams of DEA agents in black helicopters if it wasn’t administered by medical professionals.

Bear with me here.

As I was coming back up to daylight, swimming blissfully through harp arpeggios and pink clouds, I was apparently babbling, or so my wife claims. She says I merrily relayed semi-conscious tales of peyote and magic mushrooms from my days living in California.

But here’s the funny thing: When I returned to consciousness, I had no waking memory of ever having tried peyote, and I don’t believe I ever actually did.

Still, when Mary and I and my sister Amy and her husband Paul wandered over to check out the new Mellow Mushroom in St. Matthews the other night, it was like a long, strange trip to someplace I had never been.

We walked in to its dark rooms and sat down under a psychedelic lighted sign that read “Baked” in classic acid-rock letters, casting a strange orange glow throughout the restaurant overflowing with funky ’60s style.

What we encountered was some surprisingly good pizza, good music, a fun if noisy scene (every one of its 250 seats appeared to be filled on a Monday night), and a reasonable bill at the end of the evening. A couple of minor service glitches were understandable for a new operation and were handled with grace and skill.

This hip chain, a 37-year-old Atlanta-based property with more than 100 outlets in about 18 states, broke the ice in Louisville this past month with two new shops operated by separate franchisees: One in Middletown (805 Blankenbaker Pkwy., 244-6112), open since last month, is owned by David and Dana Sims. The second opened at the start of this month in the space long occupied by Dutch’s Tavern in the epicenter of St. Matthews’ nightlife zone. Its owners are Jason Nase and Damon Coates.

It’s now equipped with large windows that can be rolled all the way up on pleasant evenings, creating an indoor-outdoor feel. During the building’s renovation, crews uncovered a large sign advertising “Baker Boy Do Nuts,” which closed up shop in the 1950s. The long-bricked-over sign was preserved and proudly adorns the Shelbyville Road face of the building again.

The menu is extensive and apparently conceived with a stoner sensibility: The names, although we presume not the ingredients, evoke rooms full of acid rock and sweet smoke, with snicker-worthy pizza monikers like “Holy Shiitake,” “Thai Dye,” “The Mellow Mediterranean” and, of course, “Maui Wowie.”

If you’re counting carbs, you may have a tough time here, as the bill of fare is largely built on pizza dough and things that go well in or on it. There’s all manner of calzones, hoagies and pizzas, including 15 “Specialty” pies, mostly priced around $13 for small, $20 for medium and $25 for a large, plus hundreds of build-your-own options.

The four of us grabbed beers from the well-chosen list (my pick, Upland Wheat Ale from Bloomington, $5) and ordered munchies to keep hunger at bay while we waited for our pies. Our competent and helpful server, Alexandra, did a great job of explaining that the made-to-order pizzas take at least a half-hour, and suggested a well-paced series of Muffuletta bread ($6.99), which comes out fast, and pretzels with the garlic butter and Parmesan option ($3.79 for three), which take a little longer. The former was outstanding, a puffy pizza-dough flatbread baked with a topping of chopped black olives, mozzarella and Parmesan; the latter, large soft pretzels, were warm and fresh.

Four small (10-inch) pies were all satisfying, enough to fill us with plenty to box up for later. The Holy Shiitake ($12.49) featured mixed mushrooms on a base of oil and garlic, caramelized onions and cheeses with dabs of garlic aioli and black truffle oil. Thai Dye ($12.49) was topped with a choice of curry chicken or tofu, tomatoes, cheese and a Thai touch of cucumbers, basil and fiery Thai chili sauce.

The Philosopher’s Pie ($13.49) gave us something to think about with bits of steak and portobello, artichoke hearts, black olives and cheeses, and you can pretty much guess at the contents of the Buffalo Chicken ($12.49), buffalo-style chicken bits with mozzarella, bacon and spicy buffalo sauce.