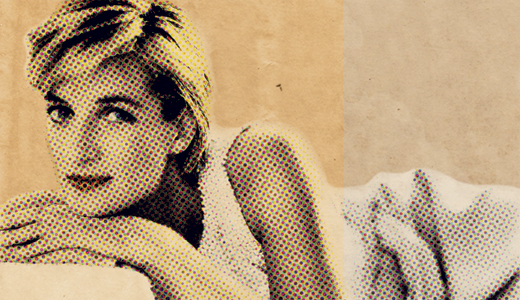 Knight for a Princess @ Frazier Museum

In the new film “Compliance,” a prank caller posing as a police officer induces a “ChickWich” manager to detain and strip-search her 19-year-old cashier over the course of several hours. If this set-up seems unlikely, know that the plot is based on real events that occurred in Mt. Washington, Ky., in 2004 … and Leitchfield, Ky., in 2000 … and 68 other McDonald’s, Applebee’s and Taco Bells in towns around the country. This taut and difficult psychodrama from director Craig Zobel, with strong lead performances by Dreama Walker as the victim and Ann Dowd as her unwitting captor, have stirred early exits by some theatergoers and nearly unanimous raves from critics. “Compliance” returned to the scene on Friday, opening at the Keystone 8 in Mt. Washington, as well as Village 8 in Louisville. —J. Christian Walsh

What began in 1969 as a street party among friends has grown into an annual weeklong festival that attracts more than 200,000 visitors to Jeffersontown every fall. Of course, we’re talking about the Gaslight Festival, which aims to entertain with hundreds of booths, live music, festival food and plenty of events. You can work up a sweat in the Gaslight 5K Walk/Run, get revved up with the Gaslight Car Show or the Motorcycle Rally Poker Run, take a swing in the Gaslight Golf Scramble, do some shopping at the Arts and Crafts Extravaganza, or just hang out and watch the annual Gaslight Parade with family and friends. If that’s not enough, there’s even a new event this year: the Soap Box Derby. (If you enter the Soap Box Derby, please remember to drink responsibly.) —Kevin Gibson

When you leave your arena-sized band for a bar-sized band, and no drugs, personality clashes or burned-down motel rooms are involved, the move has to be from a very personal and artistic drive. Such is the case with drummer Thomas Pridgen, who left The Mars Volta to form The Memorials. The aggressive momentum of Pridgen and guitarist Nick Brewer is teased and propelled by the soaring vocals of Viveca Hawkins, whose résumé shows more hook-work for Bay Area rappers than the monstrous power-playing of her bandmates. Their two albums carry an energy usually reserved only for the live show. “GTFOMF” (use your imagination) is an eight-minute epic that best reflects their abilities. Show up early for one of Louisville’s best live hip-hop shows in Actual People. —Damien McPherson

Living in Chicago in the 1990s, it was nearly impossible to miss trumpeter/cornetist Rob Mazurek’s many projects. Whether he was gigging with Tortoise, workshopping at the Green Mill, or playing with drummer Chad Taylor in Chicago Underground Duo, Mazurek’s signature style (reminiscent of Dark Magus-era Miles Davis) was inescapable. After adding electronics to the mix, Mazurek’s sound got even bolder, charting a new course that wasn’t quite jazz in the traditional sense but was exciting in its boundary-crossing openness. After moving to Brazil, he started São Paulo Underground with Mauricio Takara (drums, percussion, cavaquinho, electronics), then enlisted Guilherme Granado (keyboards, electronics, samplers) and Richard Ribeiro (drums). The result is a smoothly rendered Brazilian/American melodic hybrid, held together by a fluid rhythmic sensibility. This rare performance — part of KMAC’s “Storytelling As Craft” exhibit — should not be missed. —Joel Hunt

‘Kiss of the Spider Woman’

Pandora Productions is opening its season with “Kiss of the Spider Woman,” a musical by John Kander and Fred Ebb that is based on the novel by Manuel Puig. “Kiss” opened on Broadway in 1993 and won the Tony Award for Best Musical that same year. It’s the story of two cellmates — Valentin, a tough guy who is being tortured, and Molina, a homosexual window dresser serving time for deviant behavior — in a Latin American prison. The work examines the pair’s evolving relationship as they deal with the gritty realities of their locale. “It’s a really brilliant composition by Kander and Ebb that enhances a thrilling and beautiful love story of two heroes,” says director Michael Drury. —Sara Havens

Vampires might be trendy these days, but they need to respect their Transylvanian elder. Randolph Curtis Rand returns as the Count, and though he’s been directing it since 1996, William McNulty, who also plays Van Helsing, is keeping it fresh. “Although the show hasn’t changed that much technically over the past five years,” he says, “people who have come back year after year usually remark on how different it is each time they see it. Even those of us who’ve been in it before rehearse and explore it as if it were brand new.” They’ll be hosting a blood drive with the Red Cross on Sept. 27 (to feed the actors … just kidding) and having an after-show party on Sept. 29 — the Vampire Ball at Dracula’s Castle. Delicious. —Jane Mattingly

Phone the neighbors, wake the kids. Because one can never have enough local neighborhood celebrations of music, art, food and drink, the Irish Hill neighborhood has organized its first “Roots Fest.” While the more literal-minded of us might go in expecting tin whistles and Clancy Brothers standards, this one — applying what we here like to call Louisville Logic — features the Latin-via-Appalachian fusion of Appalatin, the Bluegrass Messengers, the Blues Chasers, and the Louisville Blues. Irish Hill is, of course, a glorious melting pot, and the various musical styles will be met with scrumptious food from Gary’s on Spring, Four Roses bourbon, craft beer, Walden Theatre acting up, arts and crafts, and a shoe drive benefiting WaterStep. —Peter Berkowitz

I’d like to hear the conversation that follows, “Momma, I’m joining a jug band!” After the palm print on the side of your face begins to fade, you foist your thumb out on the roadside on the first of many thankless nights busking. Then, just a few times a year, you embark on the festival circuit, in places like Raleigh, San Francisco, Minneapolis and Louisville. This city’s ties to jug band music begin at the birth of the music itself, and for the last eight years, the National Jug Band Jubilee has brought attention to the region’s origin story. Past years have featured the Carolina Chocolate Drops and Pokey Lafarge, and what this year’s line-up lacks in name recognition it makes up for in energy, sincerity and all-out fun. —Damien McPherson

‘Knight for a Princess’

The Frazier History Museum is celebrating the opening of its “Diana: A Celebration” exhibit by throwing a costume party. The exhibit will explore the life and humanitarian work of Princess Diana with more than 150 objects ranging from her wedding gown to rare home movies and photos. The Saturday evening party includes music from DJ Prism and DJ Syimone, one free drink and appetizers, sword-fighting demonstrations and lots more. Partygoers are encouraged to dress in their very best British-themed costume, and a group of celebrity judges will award the cash prize to the best get-up. And as Diana would have wanted it, proceeds go to the House of Ruth, which cares for individuals and families affected by HIV/AIDS. —Sara Havens

Though best known for decades spent studying chimpanzees, Jane Goodall has since set a goal that’s even loftier than understanding humans’ closest living relatives: world peace. Through her nonprofit Roots and Shoots — a global humanitarian and environmental youth program — Goodall launched the International Day of Peace in 2004. Since then, the day has been observed annually throughout the world, from the Coliseum in Rome to the peak of Mount Kilimanjaro, from African refugee camps to suburban backyards. And for the second year, Louisville will participate in the Day of Peace with a celebration at Waterfront Park’s Swing Garden. With a focus on peace education, conservation, community advocacy, social justice and international affairs, the day will include hands-on activities, live music, local food and a parade featuring giant peace dove puppets made from reused materials. —Sarah Kelley

One of the most haunting images in the “Sin País” (“Without a Country”) trailer shows a chubby-cheeked toddler resting on her father’s shoulder as he carries her through an airport. She clutches a pink tiara with feathers and butterflies. The little girl’s large brown eyes gaze apathetically into the camera. Her parents are being deported. This intimate documentary, directed by Theo Rigby (who will be on hand for the viewing), follows one family’s emotional and difficult deportation journey, this after having lived in the United States for 17 years. Dreamland Theater’s screening of the doc will be followed by a community discussion where audience members can share their own immigration stories as part of a larger project called Immigrant Nation. The Hispanic Latino Coalition, La Cámara, The Louisville Film Society and U of L sponsor this screening. —Anne Marshall

Persistence pays off, at least that’s what our parents told us when we didn’t want to study — but once again, the parentals were correct. For artist and musician Patrick Donley, persistence has paid well. As a bass player and lover of the outdoors, Donley evolves his passions for music and nature into visual art. He finds parallel meaning in his art, both music and visual. “It was through art history classes that I began to understand the connections between art and life,” Donley says. The newest installation consists of three-dimensional sculptures that mix everyday, seemingly unimportant materials and diverse color combinations as tools to piece items in an asymmetrical, geometrical pattern. A viewer cannot help but dissect the individual components while taking in the entirety of the piece. —Allison Ray