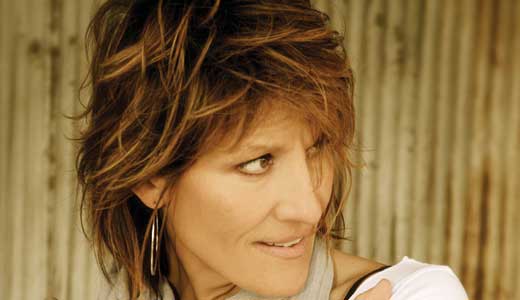 Forget May, September is proving to be an awesome month to be in Louisville. Not only are we celebrating National Bourbon Heritage Month, but now it’s time for Craft Beer Week! The more the merrier, I say. With several seminars, lectures, tastings and food pairings scheduled throughout each day, it’s best to check out the website above and mark your favorites. Highlights include “Meet the Brewers/IPA Release” at the BBC Taproom (Sept. 26, 7 p.m.), “Pint Night” at Valu Market (Sept. 27, 4 p.m.), a dog-friendly “Yappy Hour” at Apocalypse Brew Works (Sept. 28, 5 p.m.), and “A Taste of Inspiration” at Against the Grain (Sept. 29, 4 p.m.). Three cheers for beers. —Sara Havens

On top of growing up in the stormy South during the 1960s, Daughter is left to do it without her parents. But this young black woman falls into the nurturing hands of strong, wise older women in her community who teach her important lessons. Shay Youngblood’s play tells this story of family through music, dance and storytelling, and U of L’s production will include spirituals and blues to honor recently deceased Glenda Dickerson, the second African-American woman to direct a Broadway play. “Family stories, both funny and sad, are treasured by all of us,” director Lundeana Thomas says. “They say that no one is truly dead unless they are forgotten, and the actors in the play bring these wise women to life.” —Jane Mattingly

Marco Benevento continues his exploration of the outer limits of keyboards on his latest, TigerFace, which features a dizzying array of musicians. The songs range from the Terry Riley meets the Go-Go’s opening “Limbs of a Pine” to what sounds like a soundtrack for an indie movie, “Eagle Rock.” So when his trio, with Dave Dreiwitz (bass) and Andy Borger (drums), plays here, it’s going to be interesting to see what effects, loops and such they use to recreate (or expand on) the tunes. You don’t want to skip the opening band, led by his Garage a Trois bandmate Mike Dillon. Dillon’s new disc, Urn, features the multi-threat vibraphonist/percussionist/singer on music that ranges from funky jazz to psychedelic ska. Benevento and Dillon share a penchant for genre-mixing, promising an adventurous evening. —Martin Z. Kasdan Jr.

Bassist/composer/Flecktone Victor Wooten brings his own dynamic ensemble to town, with six additional musicians who double (and triple) on vocals, basses, keyboards and more. Wooten is supporting the releases of Words and Tones and Sword and Stone, separate but related albums. Words combines his virtuosic playing with vocals by several artists, overall evoking classic Earth, Wind & Fire and Stevie Wonder. Many of the songs reappear on Sword as instrumentals, giving Wooten even more room to display his stunning yet tasteful chops. Wooten and bandmate/bassist Steve Bailey wowed the sometimes-reserved audience at the Jazz Education Network conference here in January with a two-bass tour de force, and Wooten always delivers a performance that mixes consummate playing with audience appeal. This is a must-see show, especially if you’ve never seen Wooten outside the Flecktones. —Martin Z. Kasdan Jr.

Music has always been a powerful force for social justice. This weekend, concerts across the country are being held to defend the separation of church and state. Sponsored by Americans United for Separation of Church and State, these concerts will raise awareness and funds necessary to help the fight for marriage equality and reproductive rights. Louisville’s show is Friday and features singer-songwriter Steff Mahan at 300 Spring in Jeffersonville. Mahan has opened for the Indigo Girls, Patty Griffin and Tift Merritt, to namedrop some notables. More than 100 musicians are participating nationwide, and the effort will culminate in Los Angeles with a concert featuring Sarah Silverman, Russell Brand and more. Do it for your country. —Sara Havens

Faces at the Palace

The “Faces at the Palace” series was created as a showcase for local musicians, their fans, and fans of architecture. The Palace is one of the most beautiful venues around, and it can be tough for local bands to get on a bill in the legendary theater. So now there’s a monthly chance to play, with September’s slots going to The Tunesmiths and She Might Bite, plus ever-present DJ Matt Anthony (though they’ll play in the well-lit lobby, not on the theater stage). It’s a chance to get up close with a favorite band while taking in the awesome splendor of the building, a feature often lost in the rush of getting in on time. This event is also a launch party for Cul de Sac King Records and will be broadcast live on 91.9 FM. —Peter Berkowitz

If death and taxes represent life’s two certainties, here’s another one that probably runs a close third: You don’t have to be Irish to love the Louisville Irish Fest. Every fall, traditional Irish food, crafts, dancing, libations, music and more convene on Bellarmine’s campus for a weekend of cultural merriment. Truly, it’s like St. Patrick’s Day in September — only, well, better. This year there will be entertainment from a number of Celtic acts, from Saturday’s headliner Dulahan to Sunday’s headliner (which happens to be direct from Ireland) the Brock McGuire Band to traditional dance by the McClanahan School of Irish Dance. And that’s not to mention the workshops, vendors and children’s activities. You can even get shepherd’s pie. Go on, then. You know you want to. —Kevin Gibson

Form vs. function, purpose vs. pleasure, man vs. nature: These are just some of the critical dichotomies explored through photography, sculpture and more in Reba Rye and Stephen Driver’s collaborative exhibit at Zephyr Gallery. Potter and painter extraordinaire Driver creates nature-based paintings that push the boundaries of form and reality, toying with the aesthetics of deception, while Rye’s minimalist drawings and large-scale photographs focus on water, with long stretches of fabric depicting images of the ocean. Rye also contributes plates and other vessels made from stones found on the beaches of Lake Michigan, the bones of long-toppled buildings transformed into art. From ochre rock to speckled bark, Rye and Driver’s work is at once soothing and provocative. —Jennifer Harlan

“Princess Bride” fans: This might be everything you’ve ever dreamed of. It’s exactly what it sounds like — an all-day festival dedicated to the cult classic film, just in time for its 25th anniversary. The folks at Alley Theater will have movie-themed food, drink, trivia games, costume contests, theater workshops for children and adults, and characters from the film will be hanging out and available for photos while the movie runs on a constant loop throughout the festival. At 4 p.m., actors will do a live staged reading of the play (audience is encouraged to quote along), including a fencing reenactment of the movie’s sword fight scene, and at 8, they’ll hold a Q&A session with the characters. Hit up their Facebook event page for tons of exciting details and announcements. —Jane Mattingly

The sixth annual “Shotgun Fest” (shotgun like the houses, not the firearms, as their Facebook page cheerfully explains) has smartly teamed up with neighborhood tavern the Nachbar and a smaller pop-up version of the Flea Off Market for a day of food, beer, art, music, books, clothing, and people-watching. While trying to keep it as family-friendly as possible, the day (a presentation of the Germantown-Paristown Neighborhood Association) will feature fun for children of all ages. So whether your kid wants to buy an old doll or your old man wants to buy a new beer, the world is yours. Featuring live music from Nachbar regulars Your Friendly Neighborhood Big Band, as well as the Billy Goat Strut Revue, Tim Morton and Sean Johnson, Billy Seckman, and more. —Peter Berkowitz

A pioneer in the field of gender reassignment surgery, Dr. Marci Bowers performs more than 200 sex-change operations each year, and it’s a transition she understands firsthand: Born Mark Bowers in 1958, the doctor underwent sexual reassignment surgery a decade ago. “It’s not a choice, not a lifestyle,” Bowers once told The Denver Post. “It’s about a core identity that doesn’t match up with genitalia. And it just speaks to how complex we are as human beings.” Dr. Bowers will share her story at the fourth annual Fairness Over Louisville cocktail party benefiting the Fairness Campaign, a nonprofit dedicated to achieving equal rights for lesbian, gay, bisexual and transgender individuals. The suggested donation includes one complimentary cocktail to get the night started right for a good cause. —Sarah Kelley

That slight chill in the air. The countdown to Halloween under way. What better time to explore Louisville’s grandest resting place? This weekend, 160-year-old Cave Hill Cemetery, home to many a Kentucky legend like Col. Sanders and George Rogers Clark, will host two tours of its wooded, 300-acre grounds. For $35, Cave Hill’s offering a twilight tour on Saturday evening. It will feature a wagon ride around the cemetery, with pit stops at famous Kentuckians’ burial spots. And on Sunday, for $15, another tour will highlight Louisville artists buried on site as well as unique monument designs. For example, the very un-spooky monument dubbed “Smiling Jesus.” All proceeds benefit the Cave Hill Heritage Foundation. —Anne Marshall

For the third consecutive year, Louisville audiences will participate in the Manhattan Short Film Festival — one of more than 300 cities that will play a part in judging this international contest’s 10 finalists. Billed as “the world’s first global film festival,” work from 10 countries as diverse as Peru, Norway and Poland will converge on New York’s best known borough — which otherwise has little to do with the fest. With the work beamed out to 50 states and six continents, this is much more a worldwide viewing party than a survey of the Manhattan film scene. Your chance to be one of the expected 100,000-plus judges for this competition arrives Tuesday at the Kentucky Center. —J. Christian Walsh

As far as I know, the culinary arts do not include glassblowing. I suppose a chef could create the glass bowls, dishes and other pieces needed to serve the food. I just don’t want to eat the glass as the main course. Steven Hagan’s glass pieces prove me wrong. His past experience in the culinary world (his mother was a chef, and he knows his way around a kitchen, too) shows glass does have a place at the table — as art. His blown onions, eggs and fruit look downright edible. He was attracted to how similar blowing glass is to following a recipe. “When you are blowing glass, there is a step-by-step process that you have to go through to get the final product,” says Hagan. Same as in the kitchen. —Jo Anne Triplett