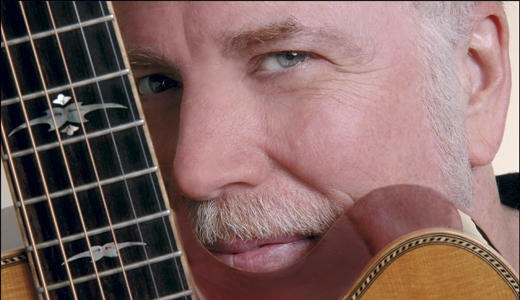 One of the last great classic folk singers, John McCutcheon has carved out a life as a singer of songs, a storyteller and, often, a comedian. He’s also noteworthy as a hammer dulcimer player. As a singer, he’s in the folk tradition of Woody Guthrie, singing both to adults about injustice and to children about critters.

After spending time in the early 1970s developing his skills in Eastern Kentucky, McCutcheon’s first album was the third release by Whitesburg’s June Appal Recordings. His fifth album, 1983’s Howjadoo, was his first for a children’s audience, sending him on an unexpected path that helped give his career extra diversity, enabling him to play shows for very different audiences.

McCutcheon comes to Louisville for a benefit for Choices Inc., which offers transitional housing for homeless women and children.

LEO: How did you get involved with this benefit?

John McCutcheon: I do a lot of events around the country — around the world, in fact — that tie to ongoing things in communities. So it’s not simply a guy coming in and just doing a gig. A lot of the things I write about, a lot of the things I’ve always been interested in, have been things that go on every day. I guess it’s my little way of lending a hand to a lot of people who don’t get standing ovations (laughs).

LEO: You’re part of a long tradition of folk singers and activists trying to make a difference. It seems like that tradition’s getting lost in popular culture.

JM: Yeah. The conversation has turned so much into ideology that it’s really toxic. Given the opportunity to really solve difficult, complicated stuff or just blindly adhering to the ideology — it seems like the discussion, at least on the front pages, are all about people who want to appeal to their base. A friend of mine recently described a great analogy: It’s like two buses that meet on a one-lane bridge. And the drivers of the buses are only talking to people on their bus. But neither can get across the bridge unless the (people on the) buses talk to one another.

One of the great things I’ve always loved about music is that it can — if it’s done wisely and well — create a ground in which people can meet and view some of the same questions from their respective … umm, perspectives. “Respective perspectives,” there’s a tongue twister. And maybe come out the other side feeling like they’ve experienced something different from what they know … and hopefully you’re not quite the same person at the other end of the experience.

LEO: Many folk singers you came up with got discouraged along the way, got tired of the struggle.

JM: The empirical evidence will always be on the side of the pessimist. But that’s a hell of a way to live your life. I’ve always been buoyed by the people who seem to bear an amazing optimism and keep going up against things that are so much bigger than they are. It’s the stuff that our traditional lore is made of, whether it be Casey Jones or John Henry. These are the people memorialized in songs, and we keep singing them; our parents sang them to us, and hopefully we pass those stories on.

LEO: It’s interesting that you’re someone who talks about optimism yet works in the music business.

JM: (laughs) Yeah, talk about rage against the machine! Well, you know … I’ve operated in what is essentially a sub-industrial part of the music world. Back in the 1960s, folk music was discovered by the machine, and they discovered they could make a bunch of money doing it. So they chewed it up and spit it out, and went on to the next thing … I feel really lucky that I never had a record company that was wanting me to make a hit. I’ve had some pretty good-selling records, but the record company never said, “Give us five more like the last one.” They’ve said, “We trust you.” Almost every artist I know who’s really an artist would trade that kind of artistic freedom for a million-dollar advance … My audience isn’t in the thousands, it’s in the hundreds. But I can be real with my audience, and talk with them afterwards.