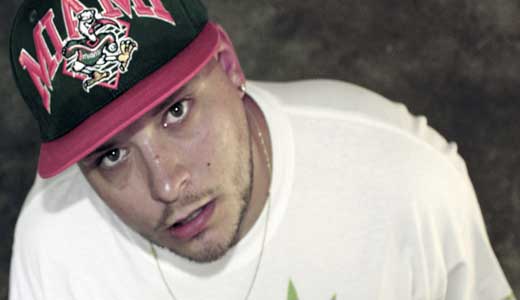 The dog dies at the end

Art history isn’t a topic you expect to talk about with most rappers. Yet, in our sprawling two-hour conversation, the Indiana emcee Sno. (“Struggle’s Never Over”) left few subjects off the table. Not many conversations begin with fashion for the plus-sized gentleman and range from stained glass to 2 Chainz, street life to “Marley & Me.” Over the last two years, Sno. has released a self-titled mixtape, EP Speaking Inglish, and the excellent Beautiful Noise. A new EP will be out by Christmas, as well as a clothing line, but let’s get back to history class.

“I wouldn’t call myself a story-telling rapper,” Sno. says, “but I can tell a story. In this art history class, we had to pick a topic from a list for a paper. I chose stained glass windows. I thought it would be easy. I wanted the class to be about Basquiat, Andy Warhol … and it wasn’t.” The off-the-cuff decision proved more difficult than planned. “There are plenty of how-to books out there but no history. So I procrastinated, waited until right before the due date, and knocked it out in the library.” The presentation turned surprising, however, when his professor showered him with praise. “‘You have a gift,’ he said, ‘of painting pictures with your words. You help us to really visualize your thoughts and ideas.’ I was floored.”

“Casualties of Betrayal” from Beautiful Noise tells a different kind of story. “The concept was three friends who came up together, but one was straight-laced — one became a robber, one a drug dealer,” Sno. describes. “One night, they drank, smoked and got into trouble. Originally, the square dude was going to get locked up while his buddies ran off, but the more I got into it, it didn’t seem right. His buddies abandoned him, he accidentally killed someone, his whole future is gone. This is a guy who was on a completely different path, and now he’s over. He took himself out.

“It wasn’t supposed to end that way.’ What was that movie, with the dog and Luke Wilson? The dog died at the end.”