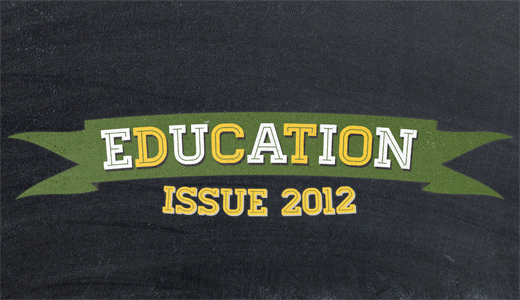 In a basement assembly room at Jefferson Community and Technical College, orange and blue bar graphs glowing from an overhead screen put orderly visuals to a decades-old issue. A few dozen advocates, concerned citizens and school officials stare upwards on this June evening.

One slide shows that in 2010-2011, of all the suspensions within Jefferson County Public Schools, African-Americans made up 63 percent despite only comprising 37 percent of the student population. Next, a slide indicates black special education students accounted for nearly 14 percent of all suspensions in 2009-2010 while only making up 6 percent of the population.

With another click, another slide: Of the more than 1,100 “school related” court complaints filed for juveniles from March 2011-May 2012, about 55 percent were tied to a minority population: African-Americans. Truancy, minor assault and disorderly conduct were among the top offenses.

These discrepancies are common in urban districts nationwide, but tonight this community forum lays out the local numbers. Lawyers and advocates from Lexington-based Children’s Law Center, Kentucky Protection and Advocacy, and other social justice groups organized the event. (Over a year ago, members from this same group filed a complaint with the U.S. Department of Education’s Office for Civil Rights (OCR) alleging discipline practices have a discriminatory impact on youth with disabilities and minorities. It’s still under review.)

“The numbers don’t lie,” Rita Ward says to the audience. She’s a lawyer with Legal Aid. “Unless you think African-American kids are inherently worse kids than Caucasians, something’s wrong with these numbers.” In the back of the room, JCPS Superintendent Donna Hargens and a few other administrators listen.

According to data from the last six years, obtained through an open records request, a majority of students at those three schools are minorities, specifically black males — more than 50 percent at all three schools almost every year.

This past year, 96 percent of students at Kennedy qualified for free and reduced lunch, an indicator of poverty. At Buechel and Breckenridge, the percentage exceeded 80 percent. (The percentages have been similar since 2009.) Most live in low-income neighborhoods, primarily west Louisville.

A review of exceptional child education (ECE) data, commonly known as “special ed,” shows that on any given day (the population of these schools fluctuates often), around a third of the students at Breckenridge and Buechel qualify as ECE, with 63 percent of that group comprised of black ECE students at Breckenridge (in 2011-2012). That same year, 85 percent of Buechel’s ECE population was African-American. At Kennedy, where the ECE population appears smaller, 83 percent was black.

Leslie Jones, an attorney with Kentucky Protection and Advocacy, an independent state agency, has devoted much of her life to fighting for kids with emotional and developmental disabilities.

“In a broader picture,” Jones tells LEO, “this is a demonstration of what occurs across the country, in that African-Americans, especially African-American males, are less likely to be referred to treatment and more likely to receive some type of disciplinary action rather than treatment.”

But Jones and other advocates don’t see this as solely the fault of schools. Studies show that children who live in poverty have a greater risk of mental health issues that could disrupt a classroom, therefore landing them in an alternative setting.

Societal factors play into these trends, but Jones feels schools can do more to help troubled kids before the cycle of suspensions and alternative schools ensues.

“I have to question if there’s enough intervention in the younger years,” Jones says. “And schools don’t necessarily have to provide that intervention, but sometimes they’re the focal point to getting parent interventions … trying to get them services if some are necessary.”

For clarification, Kennedy Metro Middle houses both elementary and middle school students, grades four-eight. Five hundred kids could enroll in a given year, but on a day-to-day basis, the school typically holds 175. Breckenridge and Buechel range from 100-275 on an average day but cycle through hundreds more in a year.

“We don’t even look at race, at the poverty part. We don’t look at that part,” he adds. “We take the kids in and our goal is to make them successful and reach their full potential.”

But, he admits, the numbers show disproportionality.

“It’s something we are digging in on and working on every single day in the school system,” Jacobs says.

Cultural competency, discipline and reducing minority and ECE suspensions are all goals JCPS has outlined in reports.

For Jones, an area of focus involves the number of minority special education students in alternative schools labeled as having an emotional-behavior disability (EBD.) In 2011, 59 percent of EBD students (650 out of 1,106) in JCPS were African-American. Every year a couple hundred end up in alternative schools or one of JCPS’ “special schools,” like Waller-Williams, a K-8 school for children with severe behavioral issues. (That school also consists of mostly low-income, African-American students.)

The Kentucky Department of Education has guidelines for what qualifies a child as EBD. For instance: severe deficits in social competence or appropriate behavior affecting relationships; or general unhappiness.

But Jones and plenty of other advocates feel these qualifiers are subjective, a product of a cultural gulf between black students and a predominantly middle-class, white staff. She says “over-identification” is a concern.

“You know, I don’t want to demonize anybody, but I’ve worked with parents whose principals have told them, ‘Your child is not going to stay in my school, and I’m going to find ways to move the child out,’” Jones says.

Again, the lawyers and advocates behind the OCR complaint and the forum don’t heap all blame on educators. But they’d like to see reforms, including greater accountability. As it is now, the district, not the Kentucky Department of Education, largely keeps tabs on alternative schools.

Another suggestion involves better data on measuring alternative school success and enrollment. Currently, no accurate count is available on the number of students. JCPS administers a one-time count in the beginning of the school year. But over the course of the year, enrollment can be twice as much as what they see on that day.

(It’s a problem LEO experienced when requesting data on the homeless population in alternative schools. In 2008, the percentages for all three schools came back as more than 100 percent. How so? Because the total number of kids doubled up with relatives or living in motels over the course of the year exceeded the official count taken on that one specified day. By comparison, in 2011, the number fell to 12 percent at Kennedy.)

Back at the community forum in June, the sentiment among speakers was clear: parents, schools and the public need to help kids from slipping into trouble.

Among those who spoke was a Jefferson County Courts employee. She reported seeing a rise in offenders with special education backgrounds, coming from low-income neighborhoods, many exhibiting behavioral issues. And they’re getting younger, which she calls, “a very, very disturbing trend.”

Pete Schuler, with the public defender’s office, agrees. He tells LEO in the last five years, he’s seen a growing, disproportionate number of African-Americans in juvenile court. He cites the “criminalization of students.” For a pocket of troubled youth, he says, the spiral from disruptive behavior to alternative school to a courtroom links inexorably.

JCPS alternative school students most frequently live in these neighborhoods: