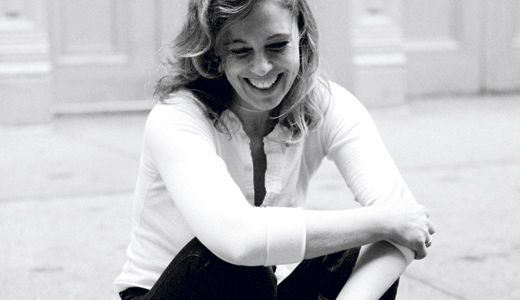 Tift Merritt was labeled an “alt-country” rising star when she emerged around the turn of the century, but it’s a label that hasn’t fit her well as her music has evolved. Though she first gained attention singing with her fellow North Carolinians in the honky-tonk band Two Dollar Pistols, she quickly earned a solo deal and moved to New York.

Traveling Alone, due in October, is her fifth studio album. While her inspiration from forerunners like Emmylou Harris and Loretta Lynn is still in the mix, she has also absorbed aspects of rock ’n’ roll, soul and folk music, and writes like a novelist. High-profile collaborators like singer Andrew Bird, guitarist Marc Ribot, and Calexico drummer John Convertino helped her on this leg of her journey. The first album for home state label Yep Roc, it was written when she found herself adrift between managers and labels.

She defines traveling on this album as “a place so huge … often best talked about through the concrete metaphors of physical life. Outer life.” At 37, Merritt has crossed over from rookie to mid-career veteran and can reflect on her path.

She’s not an easy fit on country, folk or rock stations, and lacks the melodrama of Adele, though her songs fit comfortably next to the popular rootsy bands like Alabama Shakes or Mumford & Sons who currently keep public radio listeners happy. Which, naturally, makes her a perfect fit for WFPK’s Waterfront Wednesday concert series.

Merritt has some ties with local favorite sons My Morning Jacket, too. Album producer Tucker Martine also produced that band’s latest, singer Jim James appeared on Merritt’s previous album, and drummer Patrick Hallahan took her and her band out drinking last time they were here.

About Traveling, she continues, “I really thought about it in terms of chapters, or … like a cowboy’s journey, almost. Like different towns that you come to, and you have an experience. Yet, at the same time, I think this record is very much about that journey on the inside, rather than on the outside. It’s about the places you get pushed to, and where you find your line in the sand.

“All my work is about this, but (it’s about) the power of the individual. Being an outsider … strength comes not from ‘There are no rules, there is no meaning,’ but, ‘This is how I do it. This is meaningful to me.’ Differentiating that from what the rest of the world told you — I think that is a very interesting moment. Does that make sense, or is that a load of crap?”

She has changed, and so, too, has the business she’s chosen. “I’ve been doing this for long enough to know that the best place for my expectations is in my work … my canvas. I can’t ever predict how it affects other people. I’m certainly not somebody who plays the music business game with a smile on my face.” A big laugh comes up from somewhere deep inside and takes her over.