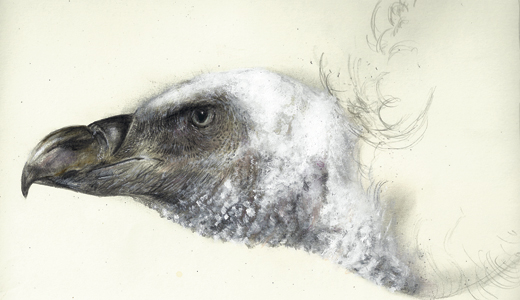 A Va Va Vixens show hits an audience like a fleshy storm of scissor kicks, hula hoops and acrobatics. Reviving a late 19th/early 20th century form of entertainment, our local troop of 25 limber ladies and lads once again is bringing the burlesque with a new show, “Va Va Vittles.” Staying true to their vaudeville-style roots, the show — a production of Va Va Vixens and Art Sanctuary — guarantees all the dancing, music, glitter, wit and risqué laughs of past performances, just with a culinary twist. Sauce and spice guaranteed, we hear. And for dessert? A kissing booth. —Anne Marshall

Jazzy blues guitarist Duke Robillard returns to his one-time home of Louisville for a concert that also features the River City Blues Band and the Nasty Habit Band. A founding member of Roomful of Blues, Robillard has won many awards and is nominated for the 2012 Living Blues magazine Most Outstanding Musician (guitar) award. Robillard’s playing is characterized by restraint rather than over-the-top histrionics. He has a lengthy discography as a leader, including his 2012 album Wobble Walkin’, plus a history of working with a wide variety of artists, from the Fabulous Thunderbirds to Tom Waits to Jimmy Witherspoon. He also produces instructional materials and offers lessons through his website, dukerobillard.com. A seasoned road warrior, Robillard’s appearance here comes during a tour that also includes festival performances. —Martin Z. Kasdan Jr.

You are where you live. That’s the premise of the Carnegie Center’s latest exhibition with local artists Ashley Brossart, Carlos Gamez de Francisco, Sarah LaBarge and Thaniel Ion Lee. They delve deeper than the physical to show viewers how inner and outer experiences are more informative than what’s on the surface. A visual portrait of a city is Brossart’s artistic quest, capturing how a person feels about a location more than the likeness. De Francisco’s work is similar, except it’s his feelings and exploration of Louisville that he paints. LaBarge’s portraits are emotion personified, working “with the figure in a more metaphorical way than usual,” while Lee’s paintings are stream-of-consciousness renderings expressing his own emotions. The opening reception is Friday from 6-8 p.m. Check the website for additional events. —Jo Anne Triplett

Rocko’s Rewards, a local provider of all-natural, homemade dog treats, sincerely hopes that this coming Saturday in the Highlands, you’ll let the dogs out. Why? Well, it’s Dog Day at Douglass Loop Farmers Market, that’s why, and Rocko’s Rewards is the sponsor. Sara Beavin, a certified Red Cross pet first-aid instructor, will present free classes for pet owners on disaster preparedness and pet first-aid. Guest vendors Barkstown and Four Spoiled Dogs will have locally made dog accessories, while Rocko’s Rewards will have dog biscuits aplenty. Word on the street is that even humans like these biscuits. No kidding. There also will be a raffle drawing for a Rocko’s gift basket to benefit Shamrock’s Arrow Fund, and the usual great selection of local food and crafts. (Note: Please make sure your dog is on a leash.) —Kevin Gibson

Those of you who consider reality TV contestants to be celebrities — get out your autograph book and head downtown Saturday. The Urban Stampede is taking over the Belvedere, and B-list celebs abound! The Stampede is an “Amazing Race”-style challenge that will take place downtown for those interested in actually exercising. But the main action will be at the Corral, which opens at noon. There you can meet Kentuckians Mark and Bopper from “Amazing Race 20,” Sandy Burgin from “Survivor: Tocantins,” and Mary and David Conley from “AR 10 & 11.” At 6 p.m., there will be live music featuring “American Idol” stars Haley Scarnato, Michael Sarver and Lindsey Cardinale, and Jeff Fairchild from “Nashville Star.” All this needs is a little Kent and Vyxsin. —Sara Havens

Louisville, may you sigh no more — Mumford & Sons loves you after all. With a track in Pixar’s “Brave” in the rearview and the remains of a U.S. tour still stretching out in front of them, the west London folk band deserves a rest. They’ll get nothing of the sort, because awaiting them at the end of the tour is the release of a new album, Babel, after which Marcus Mumford and his “sons” will set off across the exotic lands of Australia and New Zealand. Opening for Mumford & Sons will be southern California acts Dawes and Aaron Embry. The show is sold out, so if you don’t have tickets, you really fucked it up this time, didn’t you, my dear? —Simon Isham

I’m sure one of these days I’ll write about a robot that paints or draws, with the argument that only humans can make art sure to follow. Hybrids, a la “Robocop,” may lead the way. Lennon Michalski already believes that our culture is set to merge with technology, and the painter/digital video artist has the images to prove it. “My imagery conveys worlds where the line between organic and machine becomes blurred,” he says, “giving birth to fictitious creatures where the characteristics between the two are indistinguishable. I narrate the common struggles we have with the limited and fragile design of a human body. My ideas derive from humanity under the umbrella of technology and portraying possible advances with the joining of the two species.” —Jo Anne Triplett

At first glance, Douglas Miller’s work appears unfinished. Heads of birds and bats hang suspended in empty canvas, a black bear’s ruff only reaches halfway around his face, and a fox’s legs are echoed by sketchings, ghosts of the legs that almost were. Voted “Best Visual Artist” in our Readers’ Choice Awards two years running, Miller pushes the boundaries of form and content, coupling his works with such intriguing titles as “I have certainty and you are not” or “When you are skeptical, I want to look longer at the clouds. Or, fox.” His latest exhibit, “Bewilderinger,” includes detailed drawings done in pencil, acrylic and even coffee. Miller describes his process: “I work in the same way that an author revises text, constructs sentences, edits words, deconstructs sentences, and rubs out ideas. I attempt to discern the impulse of correction and re-evaluate the influence of logic.” —Jennifer Harlan