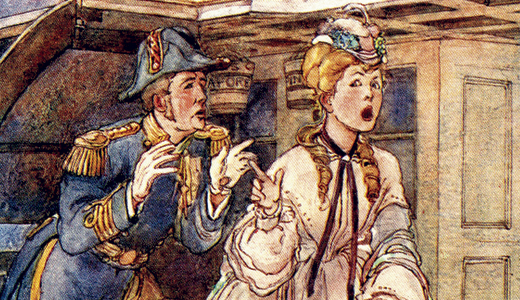 Guitarist Tom Carter was hospitalized this summer in Germany while on tour with his band Charalambides. The influential avant-gardist is battling pneumonia on a very serious level, and doctors have said he will be sidelined until at least January. Some of his fellow traveler musicians — locally, Sapat, Tropical Trash, Shedding, and R. Keenan Lawler, organized by promoters Cropped Out and The Other Side of Life — are putting together benefits for him all over to help raise money for his expenses. All of the door funds will go to the Robert Thomas Carter Irrevocable Trust, and additional donations are encouraged, in person and at the site listed above. —Peter Berkowitz

Floyd Theater at U of L

As a judge for this year’s LGBT Film Fest, I had to watch more than 40 short and feature-length films on various topics, but all dealing with gay, lesbian, bisexual and transgender issues. This year’s films were by far the most compelling I’ve seen at the fest, and I can’t recall a stinker in the bunch. While the winners in the “feature,” “documentary” and “short” categories still haven’t been announced, some of the highlights include “Wish Me Away,” a documentary about country singer Chely Wright and her struggle with coming out to a conservative Nashville fanbase; “Vito,” a documentary on gay activist Vito Russo; and “Tomboy,” a feature film about a young girl who passes herself off as a boy in her new school. Wright will host a Q&A after her screening on Sunday at 2 p.m. —Sara Havens

Attendance at last year’s Kentucky State Fair was 605,565 — but I’m kinda more intrigued with finding out how many corndogs were consumed, or fried Kool-Aid drank, or pigs pet. If the weather cooperates this year, I bet we will surpass that attendance number. Main stage concerts feature Hank Williams Jr., Journey with Pat Benatar, Rascal Flatts, and The Band Perry, while the free concerts include Cinderella with Sebastian Bach, Keith Sweat, Young the Giant, and the Oak Ridge Boys. As always, exhibits, contests, cattle and lots more fill the halls, and live music, beer and people-watching take place outdoors. Dust off that cowboy hat and prepare to chow down. —Sara Havens

Ever wonder what happened to the “Peanuts” kids? Did Marcie and Peppermint Patty stay together and move to one of the states that allow gay marriage? Did Linus replace his blanket with a drug dependency? Louisville Repertory Company continues their season with Bert V. Royal’s award-winning “Dog Sees God: Confessions of a Teenage Blockhead” that takes the beloved “Peanuts” gang out of the colorful panels and answers a few questions about their futures, without ruining our childhoods. It doesn’t look like CB ended up with the little red-haired girl after all, but he has a new love interest you’ll probably recognize, on top of dealing with a death in the family. While the play is certainly a dark comedy, it explores difficult issues today’s teenagers face. —Jane Mattingly

What makes Kentucky architecture and landscape unique from other states? The “Preserving Our Kentucky Heritage” art exhibition will help answer that question. Local Art in the Highlands, whose mission “is to use a convergence of art, faith and activism to foster community, support local artists and fundraise for important local causes,” curated the 150 works. There will be readings of poetry and fiction throughout the evening, including Eastern Kentucky University professor Kelli Carmean reading from her book “Creekside: An Archaeological Novel.” The exhibition will be held at St. Andrew’s Episcopal Church. Proceeds will benefit Preservation Kentucky and the St. Andrew’s Green Team. Drinks and hors d’oeuvres will be available, with music by Erin Fitzgerald and Huh Robots. —Jo Anne Triplett

Just in time for the summer weather to become bearable again and downright lovely in the evening, Gilbert & Sullivan’s 1878 “H.M.S. Pinafore, or The Lass that Loved a Sailor” is kicking off the new Iroquois Amphitheater Presents series. This is a perfect night out if you’re looking for something different and affordable to do. “Bringing back a Gilbert & Sullivan operetta that was a favorite in the amphitheater’s heyday is a great way to round out this season and launch preparations for next year, when we will celebrate our 75th season under the stars,” says amphitheater manager Mike Slaton. “Greg Maupin has put together a fantastic cast and crew, and this show will be a wonderful way for a whole new generation to fall in love with outdoor theater.” —Jane Mattingly

Last year’s “Summer Slaughter” lineup was about as exciting as watching someone film themselves taking a crap. Thank Satan (or whomever you wish), because this year’s lineup is absolutely killer. Cannibal Corpse are skipping out to play elsewhere, leaving progressive wunderkinds Between the Buried and Me to headline an impressive bill. Like previous “Summer Slaughters,” it’s an equal mix of scene-friendly popular bands and respected genre stalwarts. You don’t want to miss the prog-pop grooves of Periphery, the coldly calculated technicality of The Faceless, and an impressive breakdown brigade from Veil of Maya. Additional support will be provided by tongue-in-cheek goregrinders Exhumed, Cerebral Bore, Within the Ruins, Job for a Cowboy, and the grimy black metal of Goatwhore. —Austin Weber

Local environmental youth group OurEarthNow has secured the rights to show director Josh Fox’s “Gasland.” The film is an exposé of the dangers that “fracking,” a method of drilling for natural gas, poses to groundwater aquifers. “There is a common misconception that natural gas is a completely safe and new energy source,” says OEN member Harrison Kirby. “It is important that people watch this film, because this is far from the truth.” In 2010, “Gasland” won the Yale Environmental Film Festival and received a jury prize at Sundance. After the film, the youth group will play “The Sky is Pink,” Fox’s 18-minute follow-up picture. The night will conclude with a brief discussion of both presentations. Though the event does not require an admission fee, OEN suggests a $5 donation. —Simon Isham

The Louisville Film Society hosts this special screening of the very fun 1973 animated fantasy movie “Fantastic Planet.” The 72-minute French production (real name: “La Planète Sauvage,” or “The Savage Planet”) won big at the Cannes Film Festival that year, and legendarily weird producer Roger Corman brought it back to the United States to distribute. It’s a landmark of European animation and psychedelia, and the story will seem familiar to fans of “Planet of the Apes.” The event concludes with performances by two bands, Old Baby and Julie of the Wolves, whose members have played in approximately 1,973 bands around town, including Young Widows, Thomas A. Minor and the Picket Line, Shipping News, Workers, Sapat, Minnow, Second Story Man, and Venus Trap. It’s an 18-and-over event, so bring your weird niece. —Peter Berkowitz

Guardian Alien cites their influences by the sun, moon and Tao. Debuting this month on Thrill Jockey Records is their immersive, single-track record (better described as an escapade) entitled See the World Given to a One Love Entity. It begins somewhere off the noise-rock zenith and progressively descends to vacant space, inhabited only by passing samples and a distant drone. Their spiritual influence also borrows tribal percussion styles honed by the tension of drummer Greg Fox (Dan Deacon, Teeth Mountain, Liturgy). But 37 minutes just isn’t long enough for a proper explosive meditation; Guardian Alien was conceived by live performance. The band is naturally driven by vibes — come make them better. With Anwar Sadat. —Lara Kinne

Gestalt: an organized whole that is perceived as more than the sum of its parts. That idea was one of Aishwarya Kulkarni Bavle’s starting points for her “Gestalt” series. Other creative springboards were the perception about women’s emotions, her Indian heritage, and her architecture training. Mixing it all together with surrealism equals an art style unique to Bavle, who prefers to use oil paint on glass. “I love glass as a medium because it is versatile and malleable to my needs,” she says. “It is very interactive both with the artist and the viewer. The glass is perfectly inert underneath my paints, but has a life of its own in areas untouched by my brush.” —Jo Anne Triplett

Post-Olympic depression got you down? Fighting withdrawal from the past two weeks’ onslaught of global competition and mind-boggling diversity? Lucky for you, Tim Faulkner Gallery is bringing some international flair to its latest exhibit. Artist Yolanda Khula hails from South Africa, home of Chad le Clos’ churning butterfly and Oscar Pistorius’ no-legged races. This is Khula’s first time in these United States, and the photographs in “Face It” document her travels while examining the urban life and landscapes of Louisville and of her native Johannesburg. If you’re still burning with the patriotic fever of a thousand torches, you can indulge in the pop iconic canvases of Louisville-newcomer Ryan Case or ride along with Indianapolis-native Scottie May on his great American road trip. And upstairs in the gallery’s new Industrial Space, check out the group show “Vivid Visions.” —Jennifer Harlan