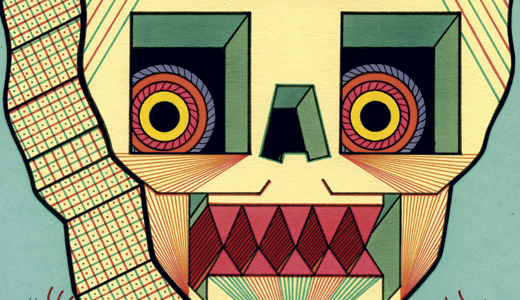 The old saying “If you can’t beat them, join them” definitely applies to the zombie apocalypse. Because no matter how slow and stupid those flesh-eating ghouls look, they have an uncanny ability to get them some brains. That said, you might as well resign yourself to the carnage of the eighth annual Louisville Zombie Attack. Thousands of freaky folks will don gory makeup and bloody garb for the festivities, which begin with a pre-party and showing of “Return of the Living Dead” at The Back Door. There will be additional meet-ups at Big Bar and both Highland Tap Rooms (under-21 participants are welcome to loiter outside). At 8:29, the zombies will emerge and lurch toward The Monkey Wrench, where live music, costume contests and, of course, drink specials await … because zombies can’t survive on brains alone! —Sarah Kelley

In her first book, former C-J reporter Katya Cengel expands on a series of 2009 articles on minor league baseball in Kentucky, following the Lexington Legends, the Bowling Green Hot Rods, the Florence Freedom, and the Ville’s beloved Bats through the 2010 season. With its focus trained on the uncelebrated lower tiers of the sport, “Bluegrass Baseball” is about a world whose orbit rarely crosses that of the big leagues. Cengel isn’t writing for fans of the corporate teams, or MLB, but lovers of the game itself. “Nine Latin players crammed into a two-bedroom condo. Air mattresses occupy every free space … Three days’ worth of trash is stuffed in several large trash bags in the kitchen.” Who else but a lover would tolerate this heartache? Down in the multi-storied basement of the minor leagues, Cengel writes, “humility … is the rule.” Many are called, but few are called up. —Ben Phelan

On David Cook’s Tumblr page (dmcook.tumblr.com), he shows off his new drawings as well as other illustrations he admires. On a recent post of a new piece, in the caption, he writes, “This is a drawing I just finished for a how-I-am-doing (show) in my home town of Louisville next Friday, the 31st of August. Super excited to bring what I am doing home. It’s been too long.” The Louisville illustrator has been living in Brooklyn for more than 10 years and has made a name for himself by selling his work on T-shirts, posters and album covers (Cook’s iconic skull graced the cover of Old Wounds by Young Widows). He’ll be back in town Friday night — after a five-year hiatus — showing us his new material at Ultra Pop. Stop in and shake hands with true talent. —Sara Havens

Swampy, crusty and chock-full of reverb, The Midnight Ghost Train is a Southern sludge metal band that generates a sound similar to its swamp metal cohorts Black Cobra, Zoroaster and Weedeater. The Kansas-based band brought in producer David Barbe (R.E.M., Drive-By Truckers, Bob Mould) to bring a more “live” sound to their recent July release, Buffalo, and I can tell Friday’s show at Zanzabar is going to be a good one. To find out for yourself, stream the album’s first single, “Foxhole,” on the band’s Soundcloud page. Kicking things off is Left Lane Cruiser, a blues-rock band from Fort Wayne, Ind., whose Mississippi Hill Country influences will start to make audience members swoon and croon right from the start (especially if they’ve already had a beer or two). —Kelly Kettering

Being in a band is hard work, especially as a labor of love, so it’s almost poetic that The Fervor are sending off one of their own on Labor Day weekend. Bassist Michael Campbell bids farewell to the group, marking yet another change in the band’s evolution. The Fervor’s sound is fairly elastic and has progressed from their 2005 self-titled EP to their 2011 full-length Arise, Great Warrior, from the simple and airy songs of their earlier work to the guitar-heavy rock of their later material, all while emphasizing harmony and melody. With folk and country music’s affinity for the blue-collared set, it only seems fitting that they will be accompanied by the alt-country act TV Mike and Scarecrows, on tour from the California Bay Area. —Syd Bishop

From Barcelona, Spain, DJ Sinjin Hawke is a Trap Music specialist, and possibly the first to reach Louisville’s shores. OK Deejay Narwhal shared this description of the sub-genre from Urban Dictionary: “Bass music that shares similarities with dubstep. Although they share drum arrangements, it is often accompanied with the (hey) associated with some Southern rap. The builds and drops of the bass are more subtle in trap music than dubstep.” In other words, it is completely possible that this rager will be a rad night of going nuts inside a very nice restaurant space. Fellow DJs AMTRAC, Sleepy T and Goast will offer their more American spins on spinning, and, according to an invite, a “16,000 watt sound system will be there banging for your enjoyment.” —Peter Berkowitz

Since 2006, the Water Tower has been home to the Bluegrass & Burgoo Festival. This year, organizers have raised the bar, booking as headliners the popular band Russell Moore & IIIrd Tyme Out, who recently received nine IBMA nominations. Another musical highlight comes with a salute to “O Brother, Where Art Thou?,” including two-for-one admission on Saturday to those dressed as characters from the movie. (Louisville music fans love Coen Brothers characters — right, Donny?) There will be crafts to peruse and games for the young ones; additionally, other regional treasures, such as burgoo and BBQ, will be shared, from vendors like FABD and Tony’s BBQ Barn from Lawrenceburg. “This is a true community event, and there is no better way to say goodbye to summer than enjoying bluegrass music, great food and brews,” says event manager Jennifer Washle. —Peter Berkowitz

Don’t spend another holiday on your couch watching bad TV. On Labor Day, why not break tradition and get your ass in gear to the Mayor’s Healthy Hometown event Hike Bike & Paddle? Featuring a 15-mile bike ride, a 5K walk and 3-mile canoe or kayak paddle, the event will surely give you back those few hours of your life you might have lost tailgating the UK/U of L game the day before. Canoe and kayak rentals are available from River City Canoe, and there will be yoga, tai chi and zumba classes all morning long on the Waterfront if you choose not to hike or bike. Mayor Greg Fischer gives a welcome address at 9:30, and those who finish the course get a free T-shirt. Dig. —Sara Havens

It’s a classic that needs no introduction at a theater that needs no validation — take that in what sense thou wilt. Actors Theatre kicks off their season with this irresistible story of woe, staged in contemporary rather than Elizabethan style. Directed by returning Louisville native Tony Speciale, who has been commended by The New York Times for his electrifying Shakespearean adaptations, it’s an ancient love story full of themes still relevant today — family drama, rebellious and lovesick (horny) teenagers, bullying, arrogant and inattentive parents, and bad decisions. Many cast members are making their Actors debut in this show, including Grantham Coleman as Romeo, with Brendan Averett, Matt Citron, Jordan Dean, Ben Diskant, Nate Miller, Raynaldo Piniella and Matthew Stucky. Elvy Yost returns to Actors as Juliet. —Jane Mattingly

Louisville’s annual World Fest brings together 20 local artists for a group show, each offering his or her interpretation of the theme “Around the World.” From the color-soaked canvases of Josh Loveless to the visual poetry of Jinn Fuller Renfro, the exhibit, now on display at Bearno’s By the Bridge, is diverse. Sandie Griffin, one half of Lucent Dreams Photography, contributes a vibrant picture of a stone doorway, its starry cutouts and evil eye a far cry from her typical, nature-focused work. “The symbols and shapes of the architectural details caught my eye,” she says. “I like to imagine that it is a portal to another world. I kept thinking if I walked through that doorway, I would instantly travel somewhere I had never been, a strange mythical and wondrous place.” Friday’s opening reception will also feature a performance by world progressive pop/rock band Son of the Widow. —Jennifer Harlan