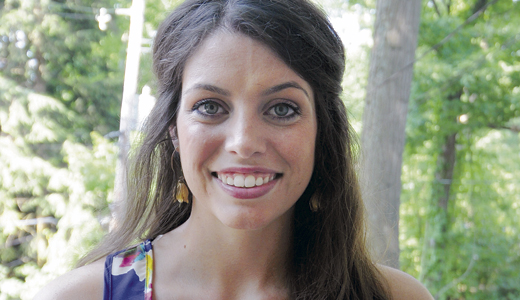 Thumbing through a stack of current menus from around town, “Kentucky Proud” is becoming the rule rather than the exception. Shiny new restaurants that, at first blush, appear miles from a folksy farm-to-table concept seem to be taking automatic “local first” oaths. Around here at least, this food philosophy seems to have grown from trend to prerequisite.

As once-niche nutritional practices enter our diets with greater regularity, should we begin to think of ourselves as, say, “post-local” and “post-organic,” the inference being that these qualities are now just assumed?

We may not be all the way there yet, but local and organic have become more available in our home kitchens, too. For some time, the knock against eating this way was that it tended to be more expensive and less convenient than conventional grocery shopping. So, the arbiters of the local movement deserve some praise for listening to its critics, with countless organizations working to shorten food pathways and increase access to fresh food. The Slow Food International charters around the world are a fine example of this. Another is Green B.E.A.N. Delivery, which distributes locally grown produce to doorsteps all over Louisville, Cincinnati, Indianapolis and Columbus.

We presented the “post-local” idea, and others, to Morgan Hamilton, a general manager with Green B.E.A.N. The 24-year-old University of Louisville graduate was also recently appointed as a Bluegrass Delegate to Slow Food International’s 2012 Terra Madre Conference in Turin, Italy.

LEO: So, are we becoming “post-local”?
Morgan Hamilton: I think it would be great if we did! And you’re correct about seeing that in Louisville. It just seems to be a given that restaurants are going to be connecting with the farmers. And they should be, because we’re rich in agriculture. I don’t think nationally we’re there. But, it’s a nice way to be.

LEO: What needs to happen nationally? Is it a message thing or an access thing?
MH: I think it’s both. It’s hard to do this in Las Vegas. I have family out there and they’re like, “We miss farmers markets!”

LEO: With local veggies just a mouse click away for a lot of us, is the perception of local and organic changing? Is it more mainstream?
MH: I think supporting local farmers is becoming more popular. People are realizing it tastes better and that it’s better for you. Also, the way our nation’s health is going, the rate of obesity and all that stuff, people are becoming more aware about what they’re putting into their bodies. And, honestly, if you’re buying local and in season, it’s cheaper than when you’re buying out of season.

LEO: What’s Green B.E.A.N.’s role in this?
MH: It takes some of the excuse out of it, because we’re bringing it to you. It also helps you prepare. I feel like, having it at your house, if you’re getting a bunch of vegetables and fruit, and you paid for that, you feel like you need to eat them. It’s easy to stop at a fast-food place on your way home, but if you have stuff in your ’fridge, you’re more likely to make a healthy choice. The ultimate convenience — that’s the whole idea.

LEO: For all that convenience, are you detracting from the sense of community that comes with milling about a farmers market and meeting purveyors?
MH: We try to keep people connected. We have a blog called “The Healthy Times.” We feature farmers, so people can still get their story, and we link that to their websites so people can stay connected. We post healthy-eating tips and recipes to try and create a community. Our customers can also share their photos and favorite things and farmers they’ve met. We try to keep the community aspect going. We do a lot of events, too, like the Foxhollow Farms Festival. We try to keep really involved.

LEO: What’s with the capitalized “bean” in Green B.E.A.N.?
MH: Biodynamic Education Agriculture and Nutrition — the four components of the business. We try to promote sustainable agriculture, healthy living. We now have two farms, one in Sheridan, Ind., and one we started with the Cincinnati Zoo. That is really awesome, because they are the greenest zoo in the country.

LEO: On being green, I assume that one van delivering produce to a bunch of people reduces food miles around that community?
MH: One of our vans usually does 50 to 55 drops. Think about those 50 to 55 people all going to the grocery store, taking their cars and driving back. If we make 50 drops in St. Matthews, that eliminates 50 people going back and forth to the grocery store.

LEO: How big is the fleet?
MH: We’re a baby market. We have three vans but are ready to get our fourth, and maybe a fifth next month. We have about 900 weekly customers (in Louisville).

LEO: Tell me about the upcoming Terre Madre Congress in Italy.
MH: Maggie Keith, from Foxhollow Farms, she went in 2010 and encouraged us to apply. Four of our board members (from Slow Food Bluegrass) got delegations: myself, Maggie Galloway, Christine Brinkmann and Gary Liebert. People from all over the world will be meeting up, everyone sharing their cuisines, their problems or the exciting things that are going on in sustainable agriculture. When we get back, we’re going to focus on sharing what we learned and how we can promote good, clean, fair food. I’m really excited. I’m just really happy to be on the board.