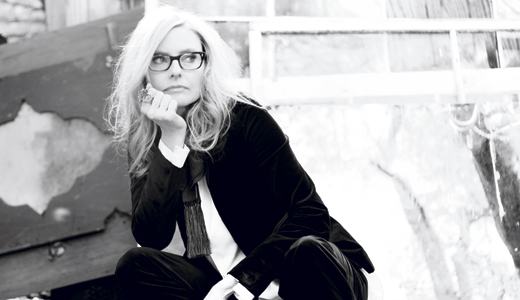 Pete Jones is a washed-up prince of punk.

To orchestrate a comeback, he works with a motley crew of musicians culled from the classifieds and Craigslist to record a song in 24 hours.

That’s the plot of “Pleased to Meet Me,” a rock star-powered indie film shooting this week in Butchertown, Irish Hill and Old Louisville.

“It’s a fantasy of people to see how music comes together,” says John Doe, co-founder of legendary punk band X, who portrays Pete. “There always have to be alliances and history between people and emotions and egos and all these sorts of things that play out in a situation like that.”

Doe, already an established actor in TV shows like “Roswell” and films like “Boogie Nights,” describes Pete as “a redeemable jerk.”

The filmmakers are part of the production company 180 Degrees and are using Kickstarter and privately raised money to fund the project.

“Pleased” was adapted from “Everyone Speaks Elton John,” a popular piece on National Public Radio’s “This American Life,” produced by Starlee Kine.

Pete is a fictionalized version of the segment’s subject, Jon Langford, drummer and guitarist for British punk band The Mekons. Langford recorded Elton John’s “Rocket Man” with a band of musicians he found through the classifieds.

Interest piqued by the concept, director Archie Borders bought the rights to the story in 2005.

He made several attempts at a script, and the project stopped and started over the years. It finally took off for real last November, when Borders’ friend, Louisville-based writer Dave Henry, offered to take a look at the script and possibly refine it. Henry, who had already seen a few drafts of the screenplay and liked the premise, quickly went to work, injecting authenticity and humor.

“I’ve spent time in the studio while my brother (Joe Henry) is recording, so I’ve seen the downtime and what goes on. I’d witnessed some stuff that would really work well,” he says. “I thought I knew who these characters were right away, and there were some simple things that could be done to the script to bring them out, to bump heads a little more.”

Borders and producer Michael Fitzer couldn’t have been more pleased with Henry’s script surgery. “It was at a place where it was pretty stagnant, and it was Dave’s rewrite that really breathed a lot of fresh life into it,” Borders says. “It just underscores the whole theme to the movie, which is sometimes you need somebody else to come in and take it from point A to point B.”

Once Henry was on board, he enlisted the assistance of his über-connected brother, Grammy-winning singer-songwriter and producer Joe Henry, who has worked with Madonna, Bonnie Raitt, Aimee Mann and many more. He co-wrote some of the songs on Madonna’s latest album, MDNA. The song the band ends up creating in the film will be one of his existing tunes.

“I just didn’t think I was that guy, and I didn’t know how I could be,” Joe Henry says. “I didn’t see myself having that sort of swagger that I think the character has; just the physical presence to walk in a room without a word of dialogue and telegraph that character.”

But Joe’s wife, Melanie, did know who had Pete’s brand of bravado. She was the one to suggest John Doe, a longtime friend of the Henrys.

“He’s so visually right. I would picture the character, when I read it, as this windblown, rugged, Sam Shepard (type),” Joe says. “John has got a great resonant voice; he’s funny, he’s smart. He has a real physical presence and a real stature that commands some authority.”

Joe agreed to take on the role of Terence, the recording engineer. He also became the film’s de facto casting director, suggesting and snagging several of his musical collaborators and friends for the roles.

Aimee Mann, who has appeared in “The Big Lebowski” and “Portlandia,” seemed like a natural for the part of Laura, Pete’s former producer and girlfriend. She’s responsible for assembling the ephemeral band. “I read Laura as tough, smart, witty and no-nonsense. Those things all describe Aimee,” Joe says. “Those are characteristics that are very much in her wheelhouse and are very much a part of the way she thinks. Her vocal phrasing in conversations is very fast and witty.”

For the part of Eric, an antisocial Theremin player, Joe immediately envisioned Loudon Wainwright III. “He is tough. He would raise an eyebrow the same way that this character would,” Joe says. “And he’s a guy who travels for the most part, alone. Part of his character that’s a bit reclusive in a way.”

Karin Bergquist will take on the role of Rita, a kitschy lounge singer. Dave Henry notes that Rita is much gaudier and less confident than Bergquist. He added that Bergquist is raring to take Rita on and has been sending him emails inquiring about her character’s defining details, such as what cigarettes she smokes.

Borders took on the role of casting local musicians. He approached Katie O’Brien, drummer for The Slow Break, six years ago about playing the role of Mel, also a drummer. Borders got back with her a few months ago to she if she was still interested.

O’Brien was eager to get back on board and amazed by the cast that had been assembled. She says Borders is giving her the freedom to put her own stamp on Mel.

“Mel is sort of the quiet backbone of the outfit. She just kind of does her thing. She lives to drum, that’s who she is,” O’Brien says. “She’s willing to play drums for any kind of band possible. So when any opportunity pops up, she’s there.”

Adam Kramer of The Broken Spurs was swept into the project by pure serendipity. He heard about the movie while building a new studio in Irish Hill for musician and engineer Kevin Ratterman. That studio is where the movie’s musicians record the transformative track.

Borders called in Kramer to audition for the part of Duncan, a veteran of hardcore bands who ends up with a career in Christian rock. Duncan and Adam are both guitarists. “Even though I’m not in a Christian band, this character and I have a lot in common,” Kramer says. “He’s played in a bunch of bands and he’s older now and he’s not so concerned about what the music is in his life, he’s just happy to be playing music, and that’s kind of where I’m at in my life.”

Kramer is enamored of the script. “It was almost like it was playing in my mind as I was reading it,” he says. “If you’re a musician or even a person looking at it from the outside, it’s just so easy to get enveloped in the script. It’s almost as if I don’t need to study or memorize any of it. I already know it.”

To learn more about the project, visit pleasedtomeetmemovie.com.