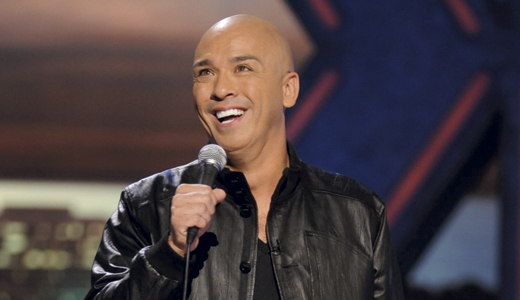 Jo Koy is hot on the comedy scene right now. A regular on E!’s “Chelsea Lately,” he was voted one of Daily Variety’s “Top 10 to Watch.” Koy came of age in Tacoma, Wash., and after launching his comedy career in Las Vegas, he has since relocated to Los Angeles. Koy returns to The Improv this weekend.

LEO: I know you’ve been to Louisville before. Do you have any memories of it?
Jo Koy: Oh, yeah, I love Louisville. Last time I was there, this big tornado came through and tore up the stables at Churchill Downs. It was the first time I had ever been in a tornado; I was, like, “Oh my God!” I mean, I never saw a tornado, but it just tripped me out that there were tornado warnings.

LEO: Not used to that from Vegas?
JK: Yeah, that’s right, that’s where my family is. No tornados, just gambling.

LEO: We did dinner last time you were here, and you were talking about proposing to your girlfriend. Did you ever get around to that?
JK: No, no, no — I’m not even with her anymore. I’m single again. For a guy in my position, it’s hard to hold a job and a relationship down.

LEO: Most comics say they do comedy because of unhappy childhoods — would you say that’s true?
JK: Oh, my God, yeah. It was rough for me: single mommy, Dad kinda left the house — he more than left the house, he left us all. It was a dysfunctional family, no doubt about it — but it turned out funny, ya’ know? We made a lot of mistakes, and talking about it on stage made me feel better.

LEO: A lot of your material circles around your mixed background. Was that an issue for you growing up?
JK: Oh, yeah. I grew up in the ’80s, so I was new to everybody. Not like now — everbody’s mixed now. But in the ’80s, you were pretty much white or black … or a little bit of Mexican. It wasn’t often that you had a half-white, half-Asian kid running around. So it was kinda different for me, everybody was trying to figure out what color I was. They were, like, “Just put down ‘other’ for race.”

LEO: Throughout the past few years, Chelsea Handler has created a comedy scene around herself. Why has that struck such a chord?
JK: I think it’s the realness. People know fake chemistry. We have this organic chemistry, because we were friends before the show anyway. So it comes across when you watch us, when we’re on the panel, it’s like: Oh, they’re just friends talking about what friends talk about. It’s like they’re watching us backstage. They feel like they’re a part of this whole family.

LEO: I know you have the Jo Koy Foundation. Tell me about that.
JK: We’re updating that now. My last charity was a children’s hospital. But my sister was recently diagnosed with lupus, so I wanna do something with that — raise money for them. We’re going to start that real soon.