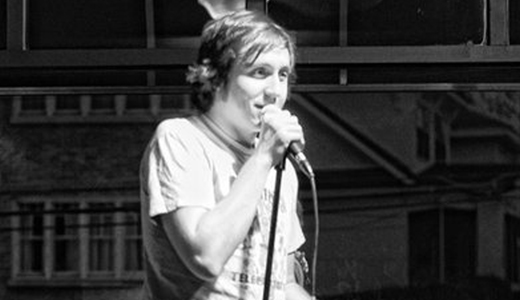 For some of us — at least I hope I’m not alone on this — Sunday morning begins sometime around Sunday evening. And it’s for those long hangovers that Comedy Caravan has come to the rescue with its “Late Late Breakfast.” Leading more of a workshop than an open mic, host Tyler Jackson gathers the city’s finest comedians weekly to work out new material in front of a growing audience.

“Caravan originally had a show called the ‘Sunday Showcase,’” Jackson recalls. “Which is fewer comics doing more time — more comedians than a normal show, and less than an open mic. I had all these weird ideas and thought it might be fun to take that show in a whole new direction.”

The show is free, beginning at 5:30 p.m. and ending around 7, before the night’s main show begins. “The Caravan wanted to move it to the afternoon, which I thought was a strange time for a comedy show; it’s more of a late-night thing. But then I had this vision of people staying out late and getting hammered on Saturday night, then rolling out of bed late. It seemed perfect for those people.”

The bar offers Irish coffee specials, for some hair of the dog that bit you, but there’s no drink-minimum requirement. They also offer free donuts to sop up what remaining liquor might still be sloshing around your insides. And there are the laughs coming from a show where anything might happen.

“Early on, I did a show where I gave every comedian a ‘comedy stereotype’ that they had to write a set around and perform,” says Jackson. “I did another show where each comedian had to do the first 10 minutes of material they had ever written. But I’ve scaled it back a little, though … I do word games; I made (Stephen) Holthauser do an entire set (where) instead of saying, ‘I,’ he had to replace it with ‘my mom.’ I made Adam White rub his crotch every time he delivered a punchline. It’s really just stuff to keep the comedians in the moment with material they’ve done over and over.”

Comedy Caravan has had great years and lean years, and somehow “the little club that can” continues to endure. But it’s hard not to wonder why a place with a legacy of traditional comedy shows seemed like the place for a show so clearly off the beaten path.

“Just trying to build an audience of people,” Jackson says. “People just walk in going, ‘Oh, what’s going on in here?’ and they sit down and watch. They’ve also been good about working around the show, just letting us do our own thing, bending the rules for us so it can be a free show, and providing free donuts. They’ve been really supportive, especially at the beginning when no one was coming out and the show was falling on its face.”

Jackson will be relocating to Chicago this fall, hoping to further his comedy career in a broader market, but the show will go on. The question is, who will be the successor helming the show he launched?

“My whole thing is that I want the show to be as loose as possible, so I’m trying to find someone who will impart that same vibe to it — somebody that’s not going to worry and just have fun with it.”